Amid pandemic and protest, Olympics return to a changed China

BEIJING (Reuters) - The Beijing Winter Olympics kick off in a week, putting sports at centre-stage following preparations that have been clouded by diplomatic boycotts and the COVID-19 pandemic that has forced the Games into a tightly sealed bubble.

Beijing will become the first city to host both the Summer and Winter Games, and some venues from 2008 will be re-used, including the Bird's Nest stadium, where the opening ceremony will again be overseen by famed Chinese director Zhang Yimou.

Almost everything else is different.

Where the 2008 Summer Games dazzled in what was a rising China's arrival on the world stage, the Winter Olympics will be staged by a country that has grown far wealthier, more powerful and, under President Xi Jinping, more authoritarian and increasingly at odds with the West.

In the COVID-19 era, China has isolated itself with a zero-tolerance policy, cancelling nearly all international flights, meaning Olympic athletes and others must fly directly into a Games bubble on charters.

As in 2008, the Olympics have again cast a spotlight on China's human rights record, which critics say has worsened since then, leading Washington to call Beijing's treatment of Uyghur Muslims genocide and prompting a diplomatic boycott from the United States and other countries.

China rejects allegations of abuse and has repeatedly lashed out against the politicisation of the Games.

"The 2008 Olympics were a powerful source of soft power for China as it aspired toward global influence. In the past year, China's reputation has dipped significantly in the western world," said Rana Mitter, a professor of Chinese history and politics at Oxford University.

"The Chinese Communist Party will be hoping that the Winter Olympics 2022 can do something to reverse this position."

However, the Games are set to kick off amid rising geopolitical tension, with troops mounted at the Ukraine border by Russian President Vladimir Putin, who is expected to be in Beijing, as is U.N. Secretary-General Antonio Guterres.

On the streets of Beijing, the summer carnival buzz of 2008 has been replaced by resignation over restrictions imposed to head off the spread of COVID-19 from recent small clusters, including the more transmissable Omicron variant.

There is also disappointment among would-be spectators unable to buy tickets because none will be sold to the public. Instead, events will be attended by what are expected to be sparse, curated crowds subject to strict COVID-19 controls.

The Games will take place inside a "closed loop" that is much tighter than at last summer's Tokyo Games and will be tested by Omicron, which is running rampant in many western countries that are winter sports powers.

Some delegations, worried about information security, have warned members to bring burner phones.

Athletes and rights groups have also warned about risks of speaking out on politically sensitive topics while in China.

The scandal involving Chinese tennis star and former Olympian Peng Shuai, who accused a retired senior politician of sexually assaulting her and then disappeared for several weeks, added fuel to criticism of China's hosting of the event.

While Peng later said her social media post was misunderstood, the Women's Tennis Association, concerned for her well-being, suspended tournaments in China.

One U.S. Olympian told Reuters that she would not be speaking out on human rights because she believed doing so would put her safety at risk.

"I think China has shown - with Peng Shuai most recently - that they are willing to go to really extreme measures to silence any sort of rhetoric that they find displeasing," she said, declining to be named given the sensitivity of the matter.

A Chinese official said recently that behaviour by athletes that violates the Olympic spirit or Chinese rules could be subject to punishment, although the International Olympic Committee (IOC) has made it clear that athletes are free to express their opinions in press conferences and interviews within the bubble, but not in competition or medal ceremonies.

Beijing was awarded the right in 2015 to host the 2022 Winter Games after several bid candidates dropped out, including favourite Oslo, leaving just the Chinese capital and Almaty, Kazakhstan. Despite little winter sports tradition and even less snow, the IOC selected Beijing as the safe choice.

China rewarded that confidence with efficient preparation despite concerns about the environmental impact of massive snowmaking. It has delivered on cleaning Beijing's notoriously smog-prone skies and planted vast numbers of trees.

Unlike Tokyo's Summer Games, delayed a year by COVID-19, there has never been much doubt that the Beijing Games would take place - no matter what.

"I feel like the 2008 Olympic Games was very grand, it was a spectacular show to the world," said Ye Wenxiaoyu, a 20-year-old Games volunteer. "This year's Winter Olympics will be very simple and very low-carbon - but of course, this will not affect how wonderful it will be." 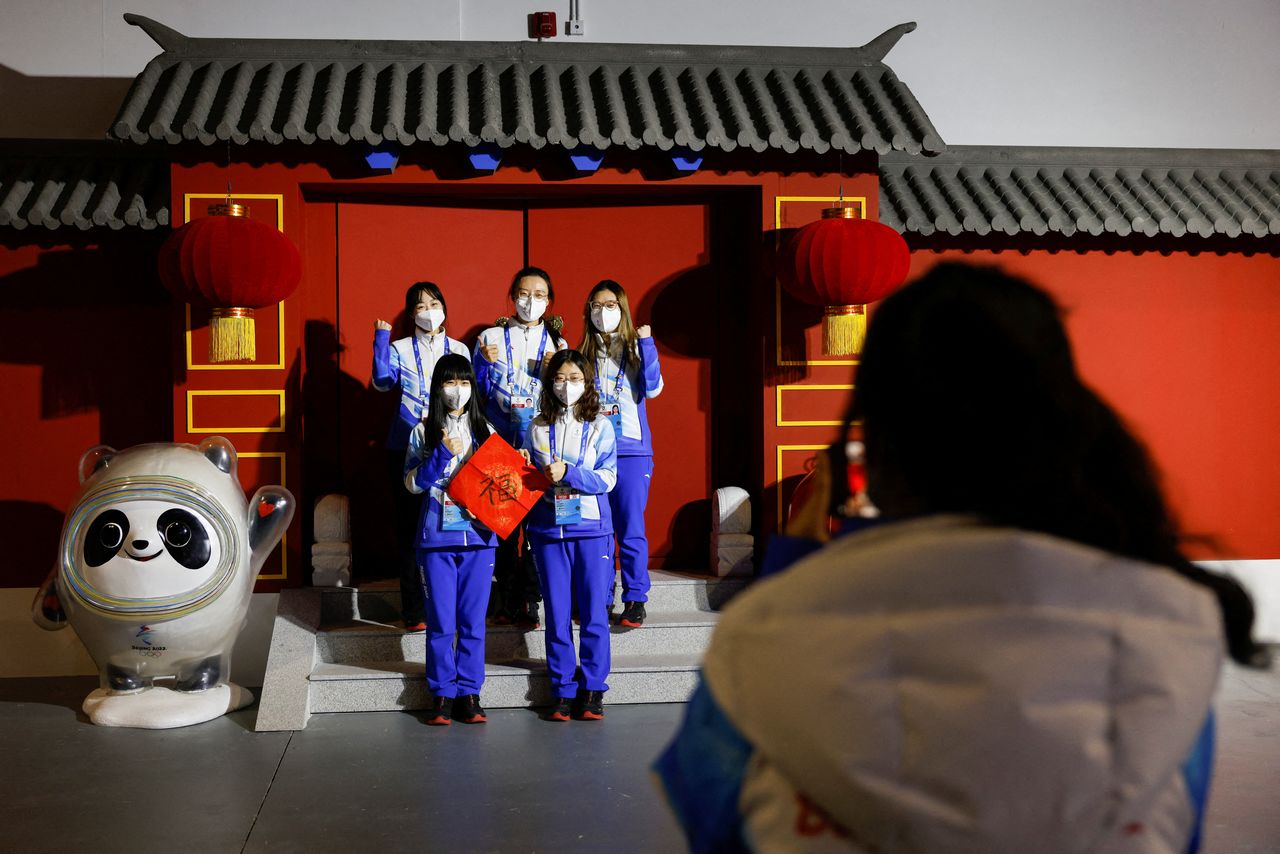 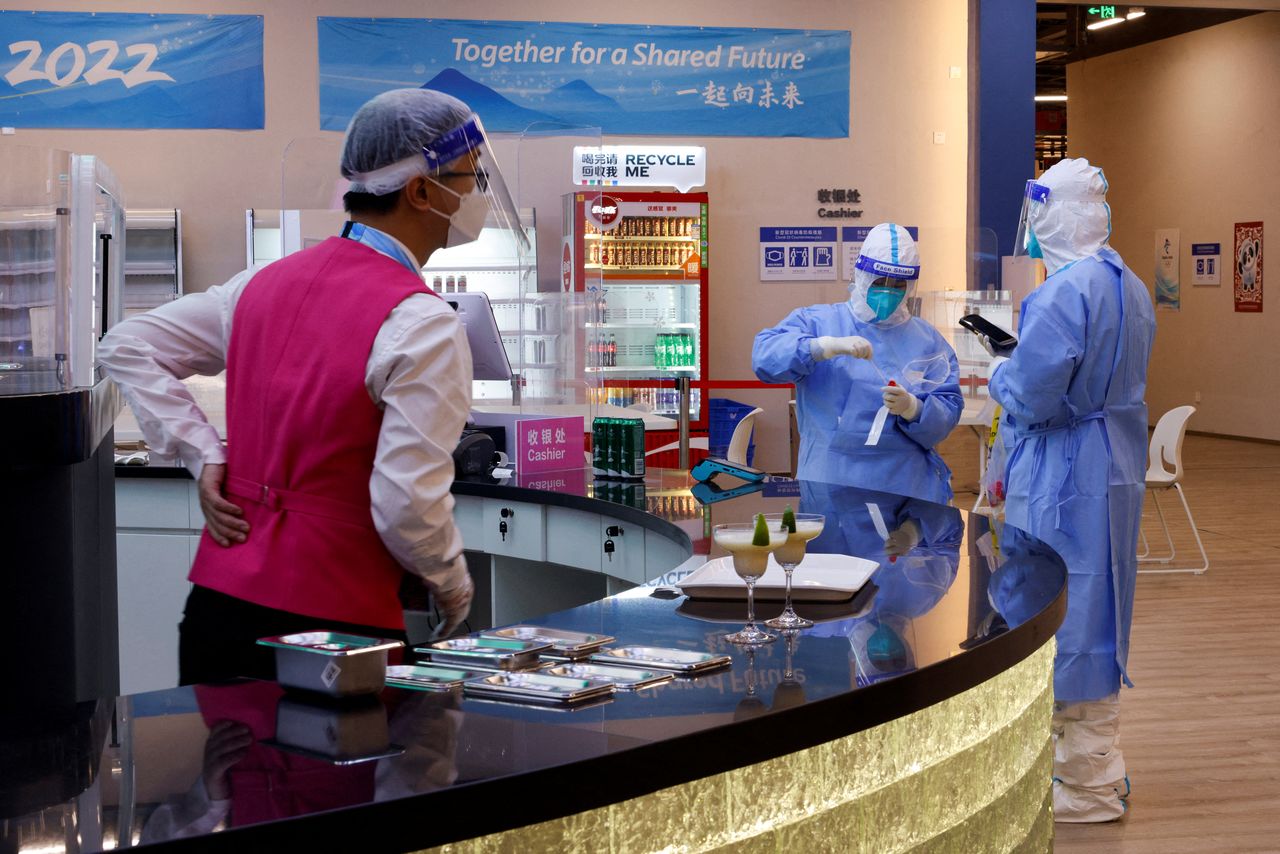 Workers wearing personal protective equipment (PPE) sample the environment for virus detection at a restaurant inside the Main Press Centre ahead of the Beijing 2022 Winter Olympics, in Beijing, China January 26, 2022. REUTERS/Tyrone Siu 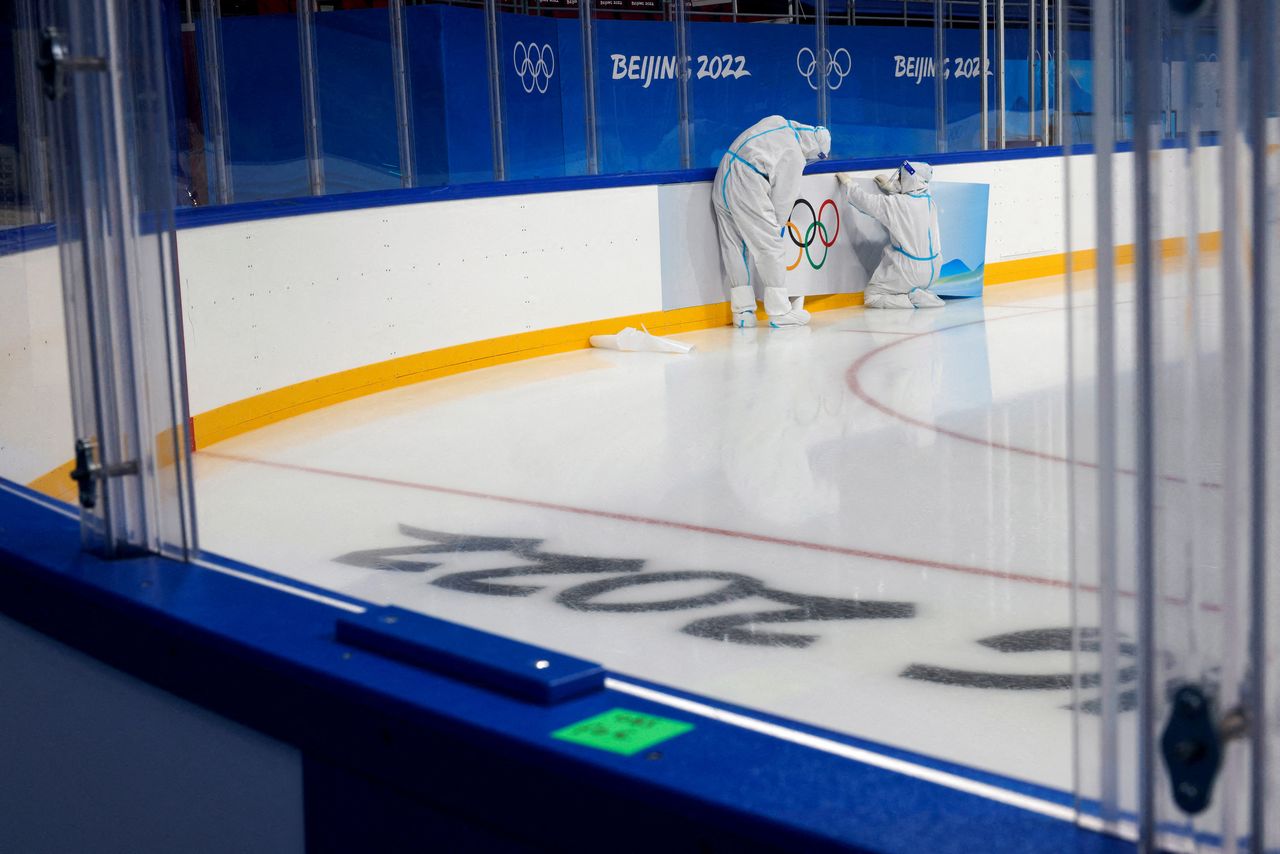 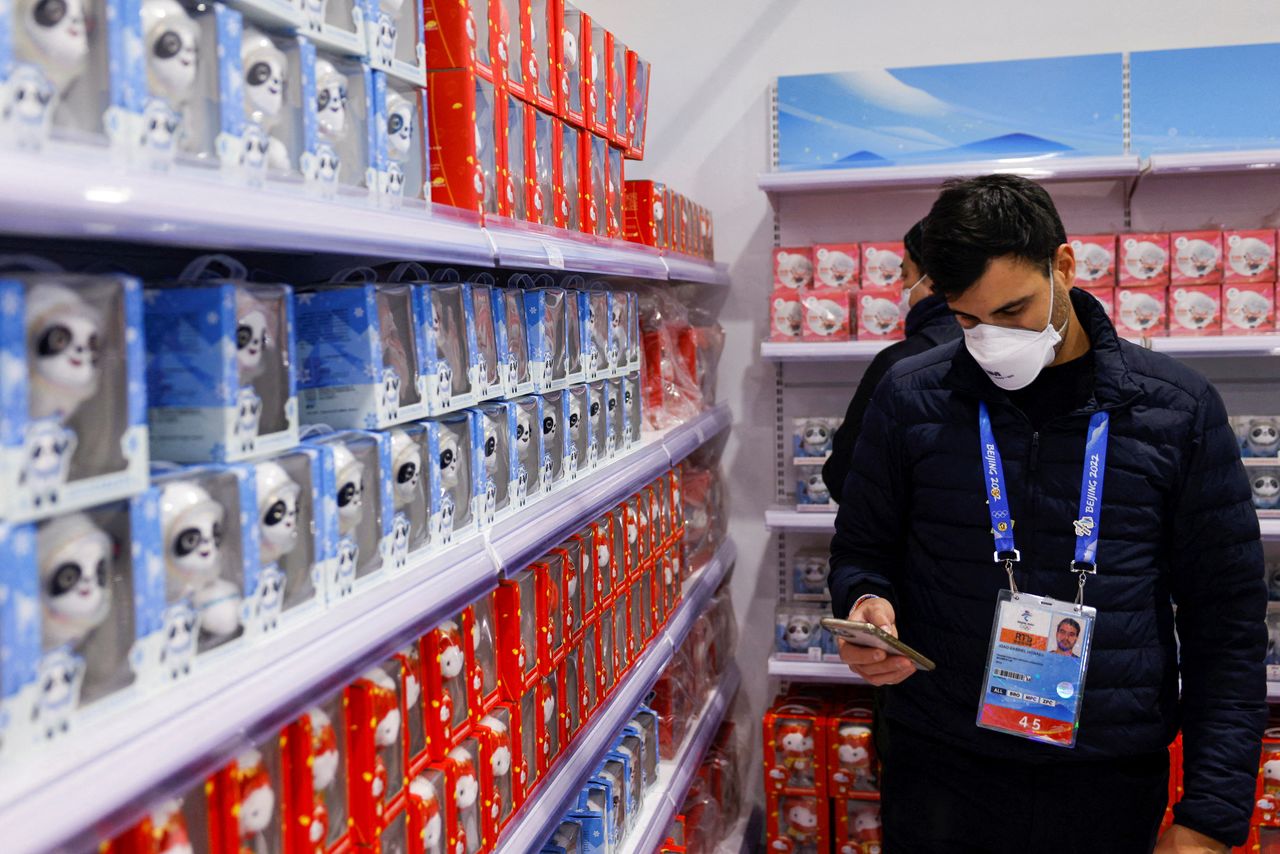