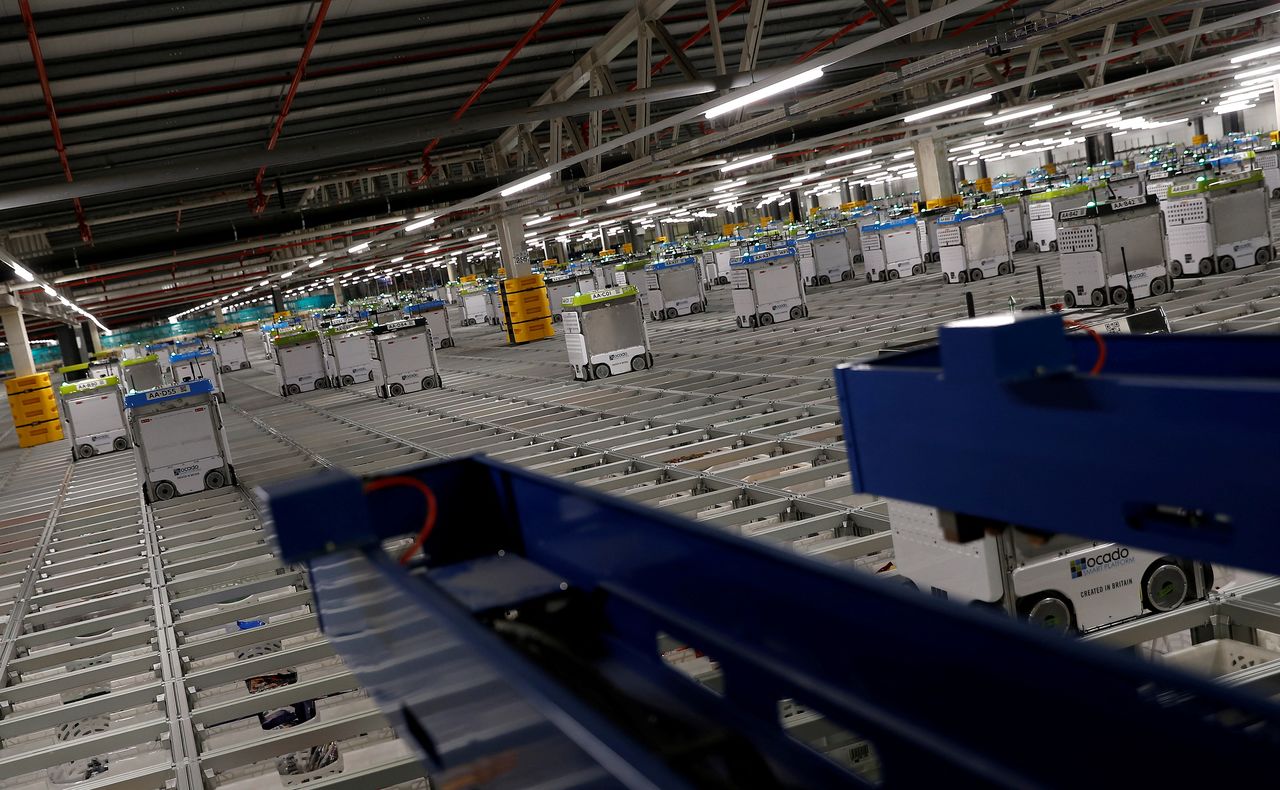 FILE PHOTO: "Bots" are seen on the grid of the "smart platform" at the Ocado CFC (Customer Fulfilment Centre) in Andover, Britain May 1, 2018. REUTERS/Peter Nicholls/File Photo

The companies, both of which provide labour-saving storage technology to the fast-growing online shopping industry, have been locked in a series of battles https://www.reuters.com/article/uk-autostore-ocado-lawsuit-idUSKBN26M5VO over intellectual property (IP) rights for years.

AutoStore shares initially rose 15% on Friday when the company said a Munich court had halted proceedings brought by Ocado to prevent the sale of one of AutoStore's robots in Germany.

But Ocado hit back by saying the Norwegian company had given a partial and misleading account of the proceedings and that the case was still to be concluded. AutoStore's shares had swung to a loss of 4.0% by 1405 GMT.

The Munich court told Reuters that while it shared AutoStore's concerns, the Norwegian firm had not accurately portrayed the court's views.

Specifically, a sentence in Autostore's statement that "The court's view was that Ocado were trying to claim technology they had not invented", was not correct, a spokesperson for the Munich court said.

The topic of invention or non-invention was not part of Thursday's hearing, the court spokesperson added.

AustoStore did not immediately respond to requests for comment on the court's view.

Ocado said the case would resume at a later time.

"The infringement action against AutoStore continues but must await confirmation of the validity of Ocado's Utility Model right, which will be considered by a different court as is standard in Germany," Ocado said.

Ocado's shares traded down 7.2% in London.

AutoStore last month suffered a legal setback https://www.reuters.com/business/retail-consumer/ocado-wins-patent-infringement-trial-itc-against-autostore-2021-12-14 in the United States in a lawsuit of its own against Ocado. Another patent case between the two rivals is ongoing in Britain.

AutoStore, whose biggest owner is Japan's SoftBank, went public in October and its shares initially rose sharply. They have since fallen, partly as a result of the U.S. legal setback, and are down 51% from their November peak.