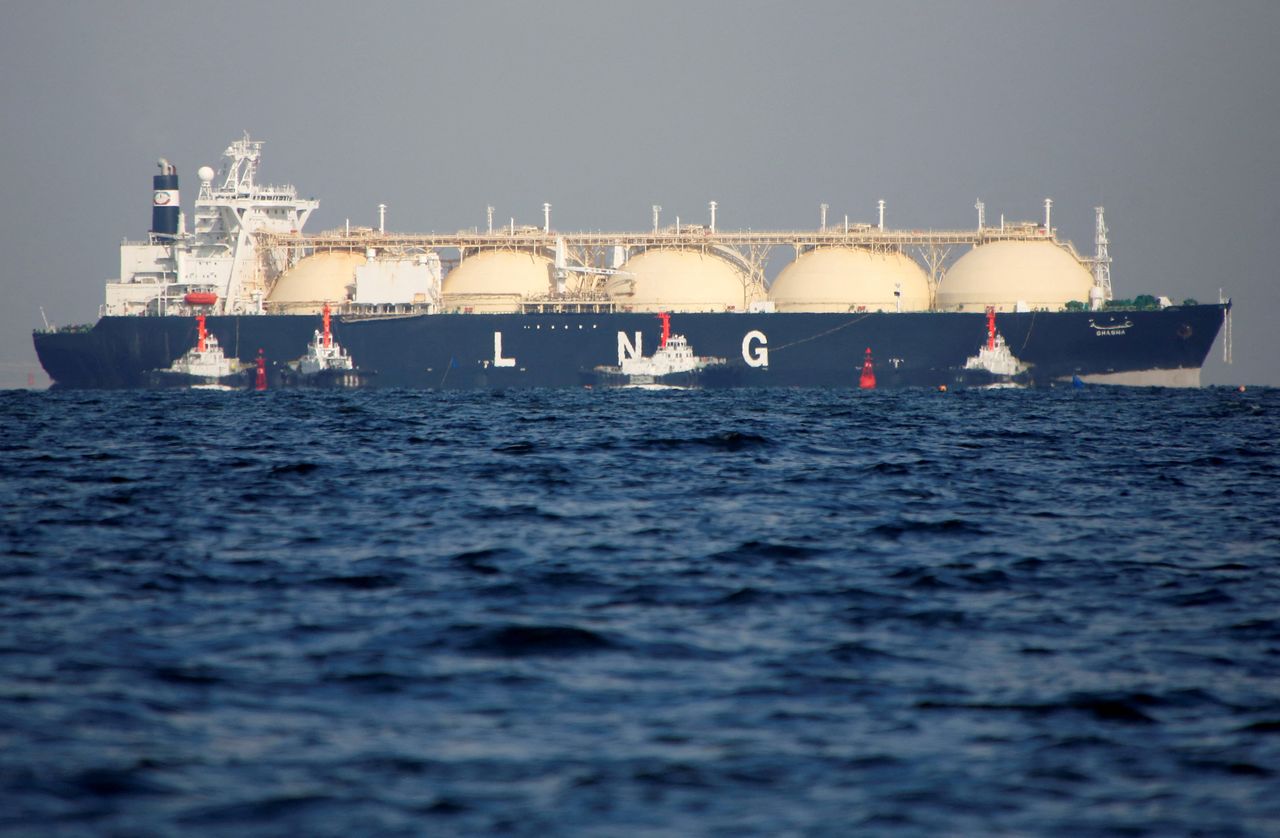 The average LNG price for March delivery into north-east Asia rose to $27.00 per metric million British thermal units (mmBtu), up $4.00 or 17.4% from the previous week, industry sources said.

Colder weather in Japan has caused a rapid decline in LNG stockpiles and prompted some utilities to buy on the spot market to secure additional supplies, traders said.

Asian buyers are also trying to attract U.S. shipments back to Asia from Europe ahead of an expected pick-up in demand.

The spread between the S&P Global Platts’ Japan-Korea-Marker (JKM), which is widely used as a spot benchmark in the region, and the Dutch TTF price from May onwards is no longer negative, a signal for trade flows to shift, traders added.

“With the Olympics getting under way and with China’s clear skies initiative (air quality regulations) with the world watching, China will want to use cleaner fuels so demand could prove stronger than what we have seen in recent weeks,” said Ryan McKay, commodities strategist at TD Securities.

European LNG imports hit a record high in January to date, totalling nearly 10.8 billion cubic metres, with about 45% of the imports coming from the United States, according to Refinitiv Eikon data.

The steady flow of LNG tankers into Europe has helped ease supply concerns over reverse flows from Germany to Poland via the Yamal-Europe pipeline since Dec. 21. [LNG/TKUK]

However, European supply concerns have been re-ignited after the U.S. government held talks with several international energy companies and Qatar on contingency plans for supplying natural gas to Europe if conflict between Russia and Ukraine disrupts Russian supplies.

If pipeline supplies from Russia to Europe are reduced, European buyers would need to seek cargoes of LNG to compensate.

“If Europe enters an emergency situation with respect to its gas supply, the European versus Asian price spread for LNG cargoes will surely skyrocket. This would eliminate the economic incentive to divert cargoes from Europe to Asia or other markets,” said Tamir Druz, managing director at Capra Energy Group.

Traders said a few tankers have started diverting back towards Asia, although Europe is still attracting most of the U.S. shipments.

Pacific LNG freight spot rates fell further to $27,000 per day on Friday, while Atlantic rates fell to 14,500 per day, according to data intelligence firm Spark Commodities.

Elsewhere, Unipec, the oil and gas trading arm of China’s Sinopec Corp has awarded fewer-than-planned cargoes in a recent tender to sell up to 45 cargoes of liquefied natural gas for 2022 deliveries, three traders said, dispelling the bearish sentiment that had been fuelled by the rare sell tender.

The 2022 outlook for LNG imports to China has been revised down to 86 million tonnes/year – a 2% reduction from previous figures, according to consultancy Rystad Energy.