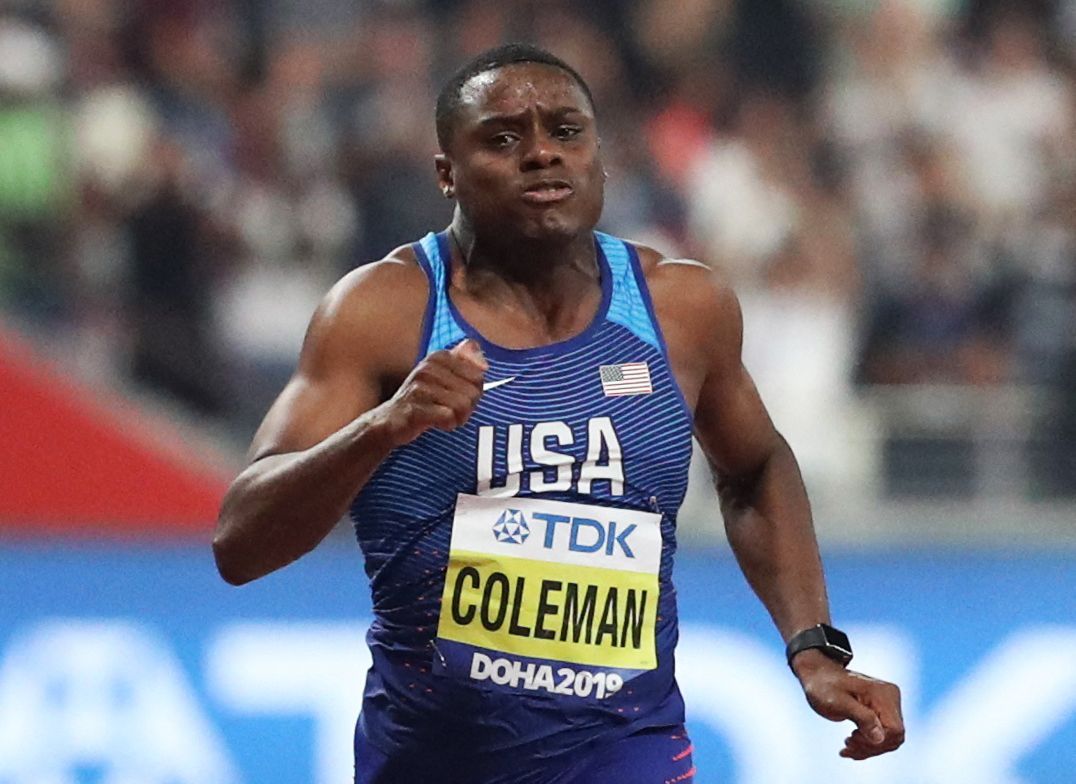 (Reuters) - Christian Coleman started strong and fended off a late challenge from Trayvon Bromell to win the men's 60m at the Millrose Games in his first major competition since serving an 18-month suspension for breaching anti-doping whereabouts rules.

Coleman, the indoor world record holder in the event, finished the race at the Armory in New York in 6.49 seconds, edging Bromell (6.50) and Ronnie Baker (6.54).

World 200m champion Noah Lyles got off to a slow start and was forced to settle for fourth.

"I felt good in my preparation," Coleman said. "I was ready to roll."

The 25-year-old 100m champion has never failed a doping test but was suspended after three failures to be at a location provided to anti-doping officials.

Under the so-called whereabouts rule, elite athletes must make themselves available for random out-of-competition testing and state a location and one-hour window where they can be found on any given day.

Purrier-St. Pierre also won the race in 2020. The meet was not held last year due to the COVID-19 pandemic.

Teenager Athing Mu, who won gold as part of the 4x400m relay team at the Tokyo Olympics, was unable to finish the mile, dropping out with about a lap to go.

Olympic champion Ryan Crouser appeared to break his own indoor shot put world record by 56 centimeters but after the meet, organizers announced that the laser system used to measure the distance malfunctioned.

A tape measurement recoded the throw at 22.50 meters, officials said, which was good enough to deliver him his third consecutive Millrose men's shot put title.