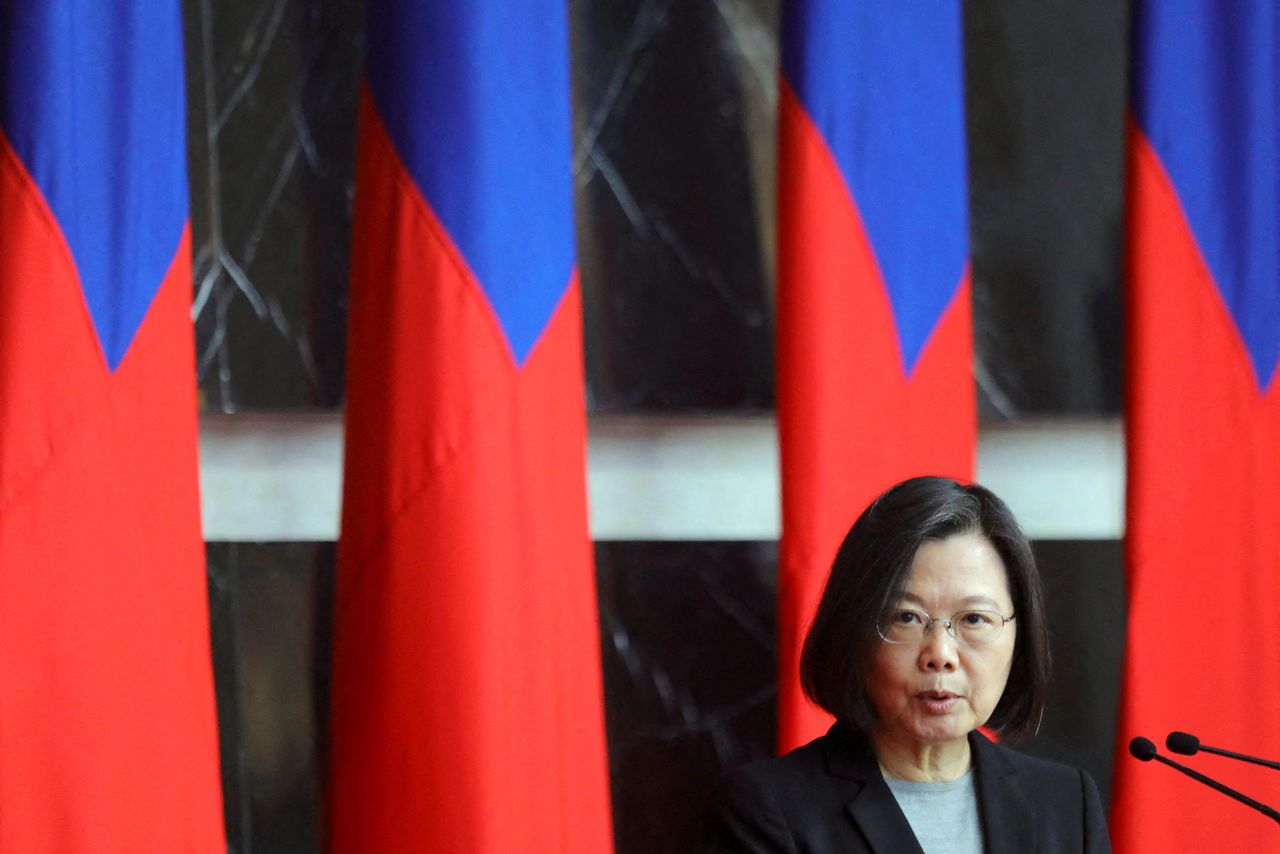 TAIPEI (Reuters) - Taiwan President Tsai Ing-wen thanked democratic nations for their support of the island in her Lunar New Year message on Sunday and pledged to "stride out" into the world, sounding a defiant note in the face of unrelenting Chinese pressure.

China, which claims the democratically-ruled island as its own territory, has increased military activity around Taiwan over the past two years and stepped up efforts to limit its international role, lambasting those who have sought to support Taipei or strengthen ties with it.

In a short pre-recorded video message a day before the eve of Lunar New Year on Monday, the formal start of the most important holiday in the Chinese-speaking world, Tsai expressed appreciation for growing international support for Taiwan.

"I want to especially thank all democratic partners for their support to Taiwan over the past year," she said. "We will continue to deepen exchanges with all countries and stride out into the world."

Taiwan has been heartened by support not only from the United States, traditionally its most important backer, but also leaders and politicians in Japan, Europe and by the G7 https://www.reuters.com/world/asia-pacific/taiwan-says-will-be-force-good-after-unprecedented-g7-support-2021-06-14 group of industrialised nations, all of which have angered Beijing.

Tsai neither directly mentioned China nor directly offered it new year greetings, simply extending best wishes to "good friends" around the world celebrating the festival, which is also observed in countries such as Vietnam and South Korea.

Last year Tsai wished https://www.reuters.com/article/us-taiwan-china-idUSKBN2A90R6 China a happy Lunar New Year, but said she would not yield to Chinese pressure and reiterated a call for dialogue to resume with Beijing, which China rejected.