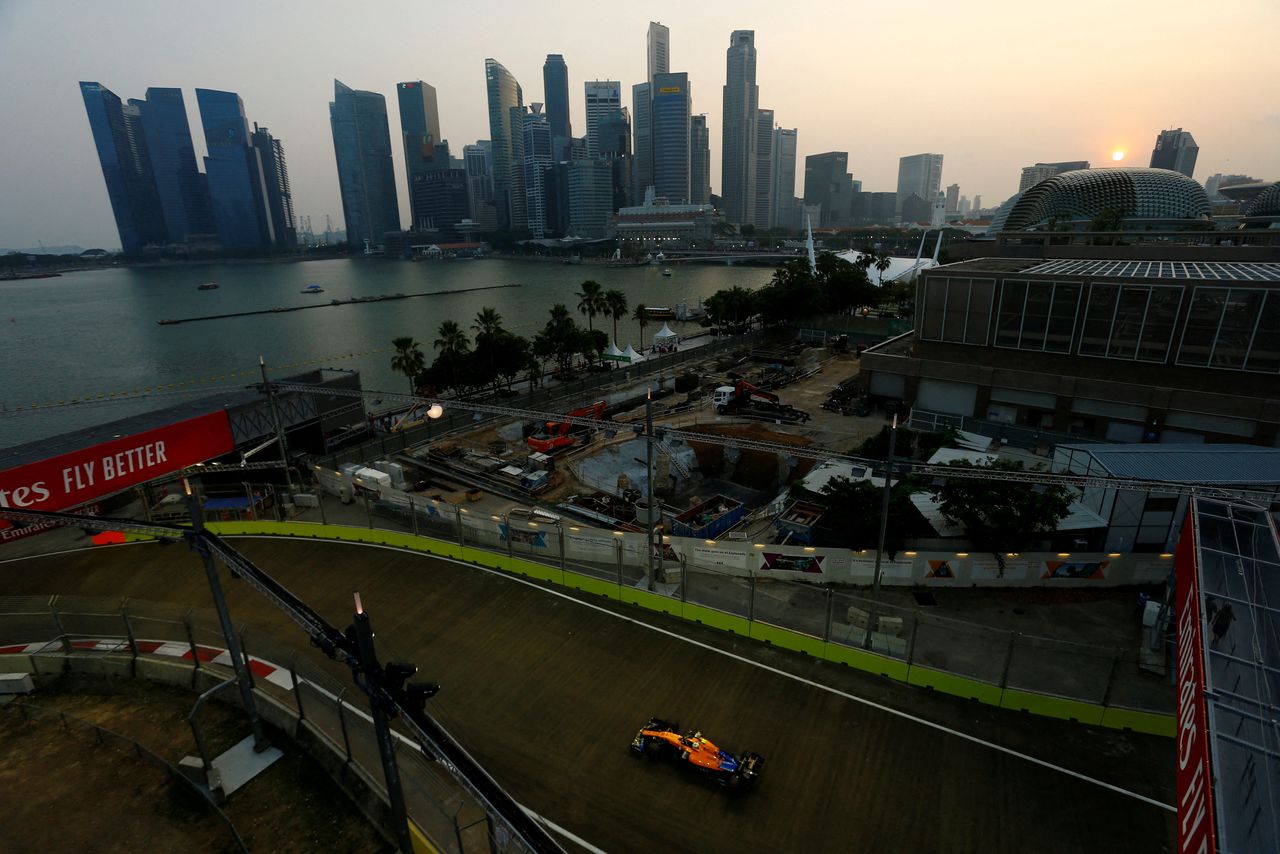 (Reuters) - Formula One will make it mandatory for all personnel working in its paddock to be fully vaccinated against COVID-19, without exemption, starting this season, a spokesperson for the sport's commercial arm said on Monday.

The mandate, which was first reported by the Times newspaper and the BBC, will apply to anyone entering the paddock -- an exclusive area in which teams and drivers set up shop for a race weekend.

"F1 will require all travelling personnel to be fully vaxxed and will not request exemptions," the spokesperson said.

This will include all competitors, hospitality staff, members of the media, the governing FIA, Liberty Media-owned commercial rights holders FOM and even celebrity guests.

The mandate was approved at a December meeting of the FIA's World Motor Sport Council.

The world number one was detained by immigration authorities on Jan. 6, ordered released by a court on Jan. 10, then detained again before being forced to leave Australia after a final court ruling that upheld the government's decision to cancel his visa.

The South African, who played a pivotal role rescuing Romain Grosjean from a fiery crash in the 2020 Bahrain Grand Prix, has chosen not to get vaccinated for personal reasons.

The FIA did not immediately respond to a request for comment about the vaccine mandate or Van der Merwe's future.

Formula One is set for a record 23-race calendar this year, with races such as Singapore, Japan, Canada and Australia, which had been cancelled for the last two years, set to return.

The sport successfully staged two seasons amid the pandemic by adopting a bubble system and regular testing.

The 2022 season, which will feature all new cars designed to a radical rules overhaul, gets underway in Bahrain on March 20.

Teams will run their cars at a pre-season session in Spain from Feb. 23-25 and an official test session in Bahrain from March 10-12.