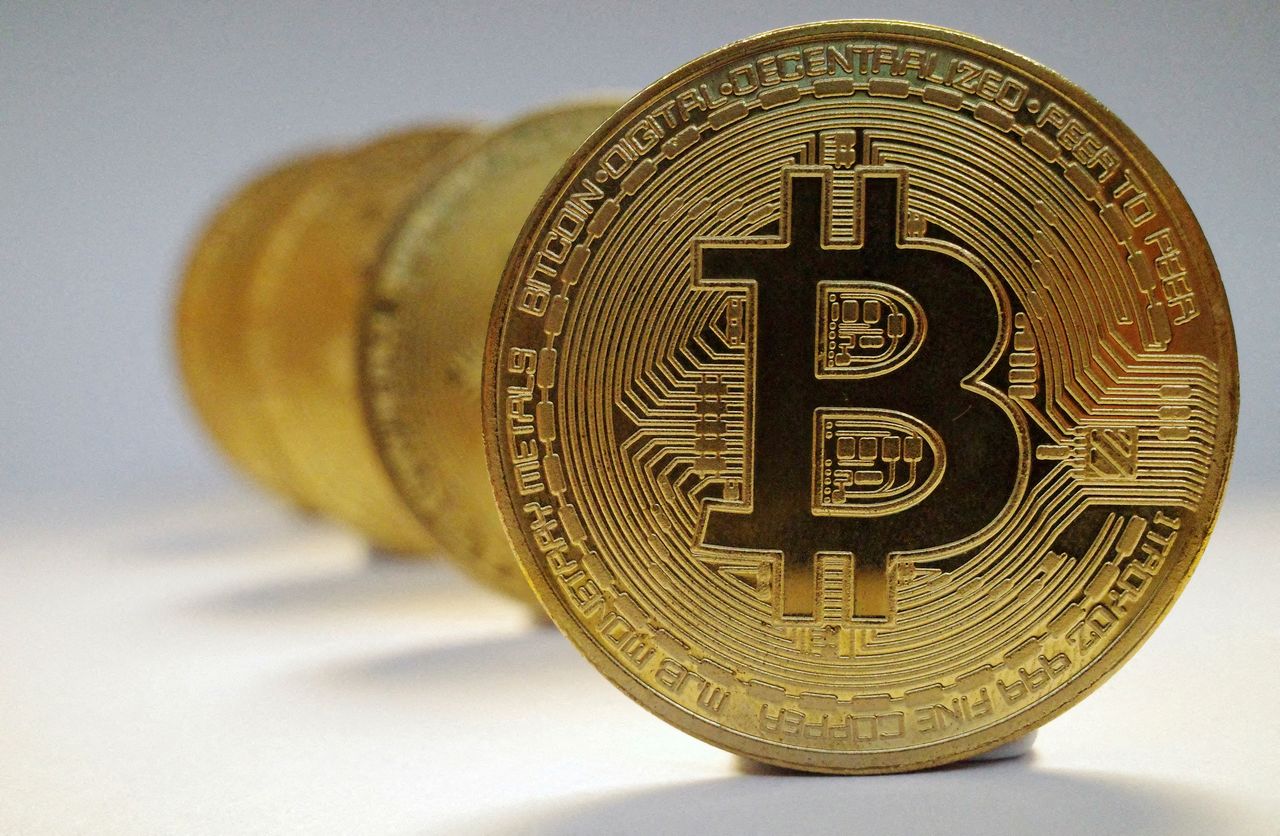 FILE PHOTO: A representation of the virtual cryptocurrency Bitcoin is seen in this picture illustration taken October 19, 2021. REUTERS/Edgar Su

LONDON (Reuters) - Major cryptocurrency exchange FTX raised $400 million from investors including SoftBank at a valuation of $32 billion, it said on Monday, making the platform one of the most valuable start-ups in the fast-growing digital currency sector.

The funding round also included investments from Singapore's Temasek Holdings and the Ontario Teachers' Pension Plan Board among others, FTX said.

Bahamas-based FTX is the owner and operator of FTX.com, a crypto platform that caters to a wide customer base including retail and institutional investors outside the United States.

The company has now raised a total of $1.8 billion in the past six months, boosted by venture capital bets on an industry that has drawn unprecedented interest since the start of the COVID-19 pandemic.

In October the business was valued at $25 billion.

FTX's U.S. arm last week said it was valued at $8 billion after raising $400 million, its first funding round, from the same group of investors.

The investment by SoftBank's Vision Fund 2 was its latest in the crypto sector.

In November it invested in the Sandbox, a Hong Kong-based gaming platform that allows users to build a virtual world using non-fungible tokens (NFTs).

It also led a $680 million funding round by blockchain-based fantasy soccer game Sorare and a $155 million round for blockchain business Blockdaemon. The Japanese conglomerate also invested $200 million in Mercado Bitcoin, one of the largest cryptocurrency exchanges in Latin America.

FTX said it had grown rapidly since its last funding round in October. Its daily trading volumes have jumped 40% to about $14 billion, making it the world's third-largest crypto exchange.