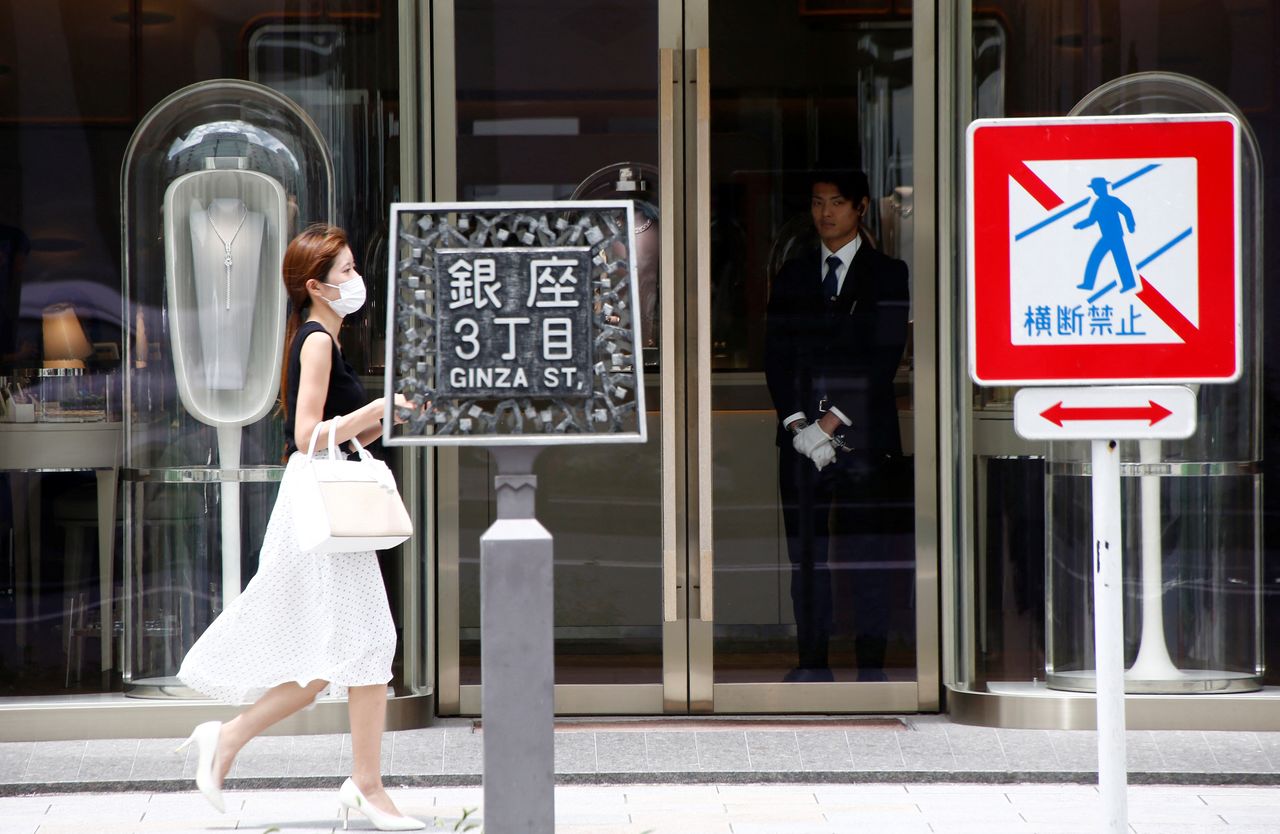 FILE PHOTO: A woman walks past a luxury brand shop at a shopping district in Tokyo, Japan, July 4, 2018. REUTERS/Kim Kyung-Hoon

The supply chain disruptions forced businesses to build up safety stocks, with the survey showing holdings of raw materials increased at the strongest rate in nearly eight years.

The final au Jibun Bank Japan Manufacturing Purchasing Managers' Index (PMI) in January rose to 55.4 on a seasonally adjusted basis, up from a 54.6 flash reading and the previous month's final of 54.3.

That marked the fastest growth since February 2014 and the 12th straight month of expansion in manufacturing activity.

"Supply chain disruption remained widespread at the start of 2022, however, with a further sharp lengthening of delivery times."

Output also saw the fastest growth since February 2014, while the expansion rate of overall orders hit its highest since April last year, the survey showed.

But it also highlighted continuing cost pressures from supply problems remained a drag, as the rate of growth in input prices remained much more elevated than that of output prices.

Output prices among manufacturers, however, still grew at the strongest pace since July 2008 as firms were seen passing on the extra costs to their customers.

"Stocks of purchases rose at the second-fastest rate in the history of the survey while holdings of finished goods increased at the quickest pace in close to eight-and-a-half years."