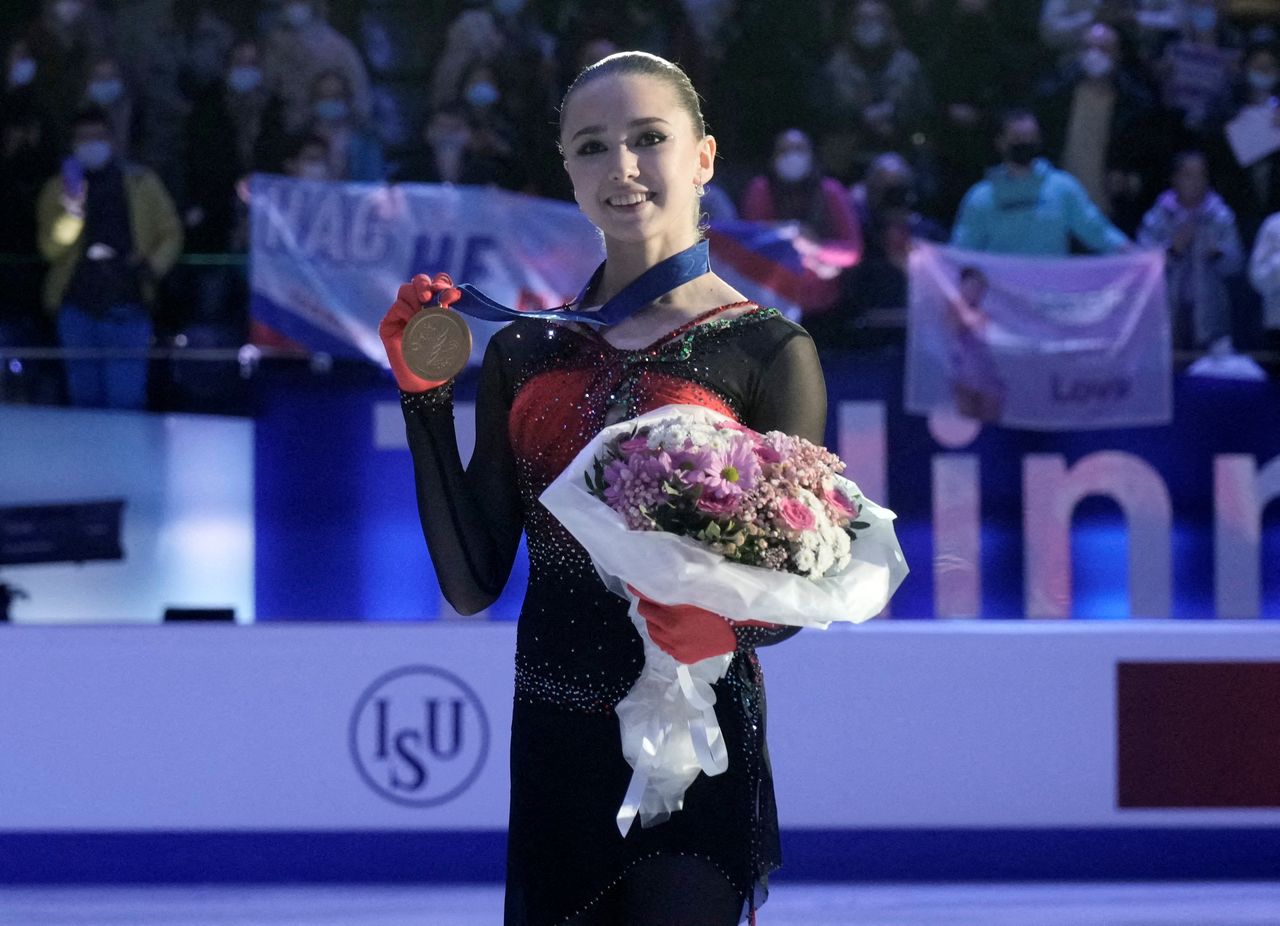 BEIJING (Reuters) - Stripped of their flag and anthem because of doping sanctions, Russian athletes are set to dominate the podium at the Beijing Olympics in figure skating and cross-country skiing, disciplines that could see them finish near the top of the medal table.

With a delegation of 212 athletes, the Russian Olympic Committee (ROC) has predicted it will win about 30 medals and finish in the top three in the medal standings.

That would be a significant improvement on the 17 medals won at the 2018 Pyeongchang Games as "Olympic Athletes from Russia."

Russian female figure skaters, led by 15-year-old Kamila Valieva, could sweep the podium as they did at last month's European championships with impressive quadruple jumps.

Valieva holds the record for the highest number of points in the short program, free skate and total score.

Alexandra Trusova, 17, is the first woman to have landed a quadruple Lutz and a quadruple flip in competition.

The third member of the Russian women's team, Anna Scherbakova, is the world champion.

In the mountain cluster of Zhangjiakou, cross-country skier Alexander Bolshunov will look to clinch his first Olympic gold medal in his clashes against Norway's Johannes Hoesflot Klaebo.

Stanislav Pozdnyakov, president of the ROC, has warned that its medal objectives could be derailed by COVID-19.

Some Russian athletes have already come down with the virus, derailing their preparations and jeopardising their ability to compete at the Games.

Figure skater Mikhail Kolyada had to be replaced and skeleton racer Nikita Tregubov, silver medallist in Pyeongchang, will also miss the Games.

Russians competing in Beijing will be under the same restrictions as their compatriots who took part in last year's Tokyo Summer Olympics.

Russia was also deprived of its flag at the 2018 Pyeongchang Games as punishment for state-sponsored doping at the 2014 Sochi Games. Many Russians were also banned from the 2016 Rio Summer Games.

The country has recognised some flaws in its implementation of anti-doping rules but denies running a state-sponsored doping programme.