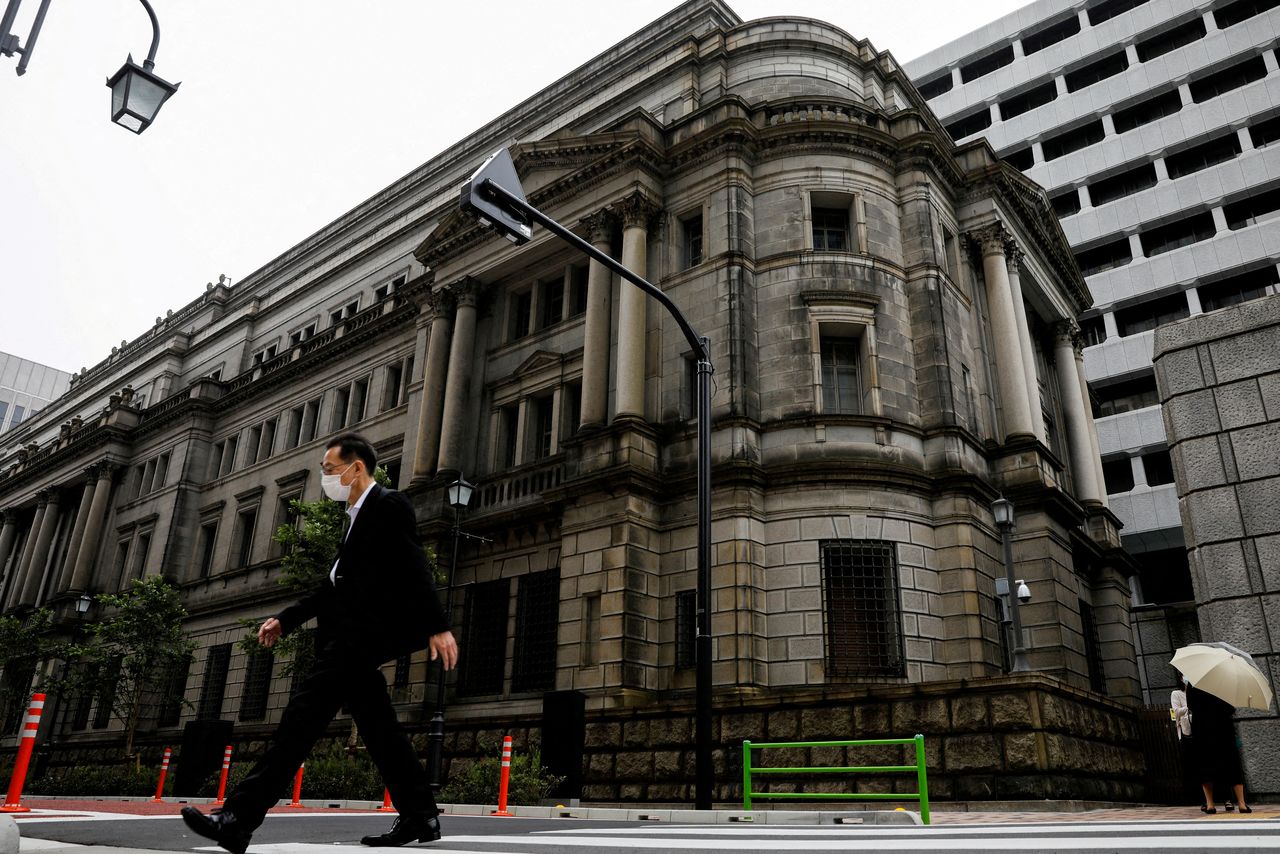 TOKYO (Reuters) - A recent steady rise in long-term interest rates is unlikely to make the Bank of Japan tweak its yield target as it can use other tools to moderate any unwelcome rise in borrowing costs, according to sources familiar with the central bank's thinking.

Markets are rife with speculation that BOJ could shift its yield curve control (YCC) target from the current 10-year to the five-year bond yields, as Japanese government bond (JGB) yields creep up in line with rising global interest rates.

But with the 10-year yield still below the BOJ's implicit 0.25% cap, policymakers see little need to intervene forcefully to push down yields, three sources told Reuters.

"The 10-year yield is still moving within the band the BOJ sets around its target," one of the sources said. "Recent moves aren't something to fret too much about," another source said.

The benchmark 10-year JGB yield hit 0.185% on Monday, the highest level since the start of the BOJ's negative rate policy six years ago, despite repeated assurances by the BOJ it was in no rush to tighten monetary policy.

While the 10-year yield retreated to 0.175% on Tuesday, the yield curve steepened as super-long bond yields hit multi-year highs.

A steeper yield curve was precisely what the BOJ aimed for when it conducted a review of its policy framework last March to address the rising costs of prolonged easing.

As part of efforts to have market forces drive yields more, the BOJ clarified in the review it would allow the 10-year yield to move up and down 25 basis point each around its 0% target.

If yields rise too sharply, the BOJ can offer to buy unlimited amounts of bonds at a set price to defend the target.

"If necessary, the BOJ has plenty of tools to combat rising yields," a third source said.

For now, the BOJ prefers to use such market operation tools to fend off an unwelcome spike in yields instead of tweaking the YCC target, the sources said.

BOJ officials have not ruled out the idea of targeting shorter-dated yields. But Governor Haruhiko Kuroda has said any such move would only become an option when conditions fall in place to debate an exit from the central bank's ultra-easy monetary policy.

In urging the BOJ to target shorter-dated JGB yields, the International Monetary Fund, too, stressed that "now is not the time" to do so.

"But with so much uncertainty on the outlook, the BOJ will tread very carefully and take plenty of time before moving."