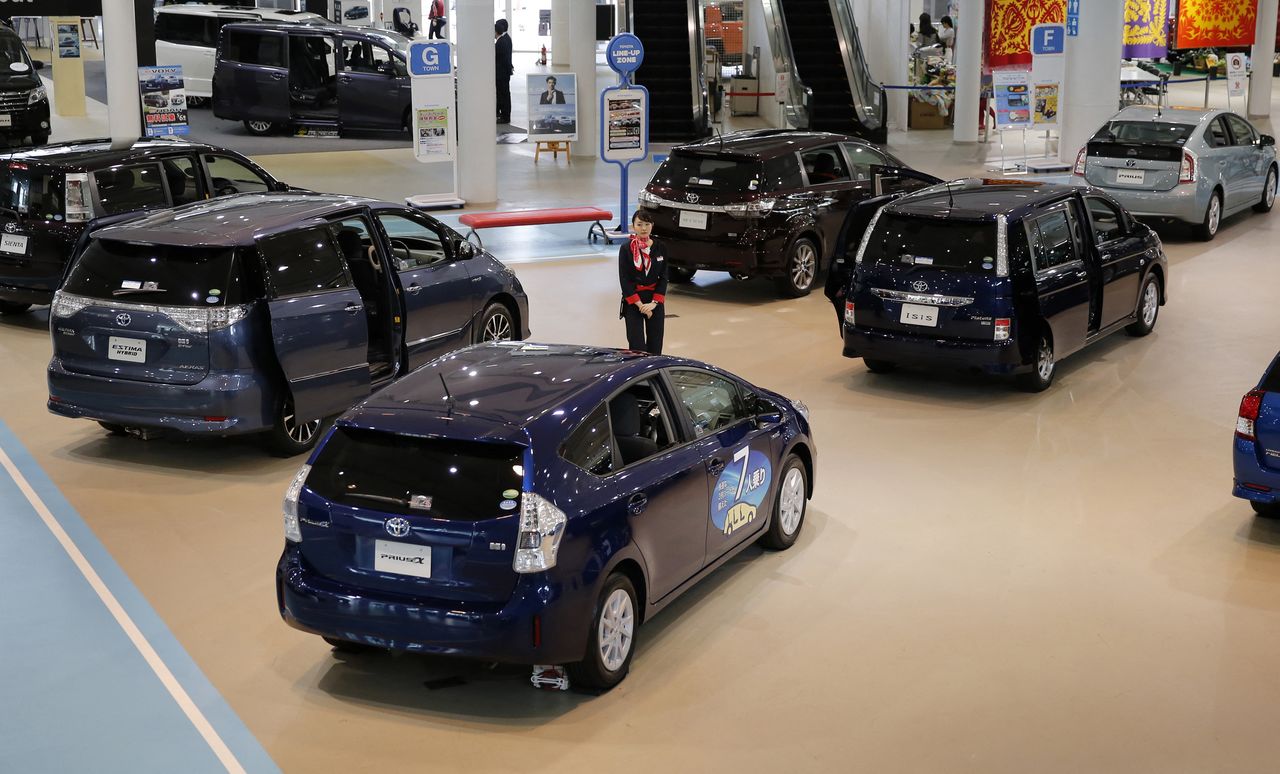 FILE PHOTO: An employee stands in the middle of a car display a car maker's showroom in Tokyo May 1, 2014. REUTERS/Toru Hanai

TOKYO (Reuters) - Japan's new automobile sales slumped in January, data showed on Tuesday, adding to growing signs the economy could contract in the current quarter due to persistent supply chain disruptions and a surge in Omicron coronavirus cases.

The lingering impact of the virus is dashing hope among Bank of Japan policymakers the world's third-largest economy will head for a solid recovery as the pandemic's impact subsides.

Domestic new car sales fell 14.2% in January from a year earlier, industry data showed, marking the seventh straight month of declines and dropping at a faster pace than an 11.4% decrease in December.

A surge in COVID-19 cases has forced some parts maker to halt production, causing output disruptions and delivery delays at auto giants such as Toyota Motor Corp.

Suzuki Motor Corp also said on Tuesday it would halt some operations at domestic plants due to parts shortages.

The darkening outlook for output heightens uncertainty over Japan's economic recovery, which is already threatened by curbs imposed in some areas to combat the pandemic.

Japan's consumer confidence fell in January for a second month, a government survey showed on Monday, as the spread of Omicron dampened shoppers' mood.

Some analysts warn the economy could contract in the current quarter after an expected rebound in October-December growth.

"Depending on the impact of Omicron on corporate activity, there's a chance Japan could suffer negative growth," said Ryutaro Kono, chief Japan economist at BNP Paribas.

"Auto output was initially expected to rebound and serve as a driver of Japan's recovery. In reality, the hit to auto output from supply constraints will likely drag on growth," he said.