Japan utilities reel, some more than others, as sky-high fuel prices hit earnings 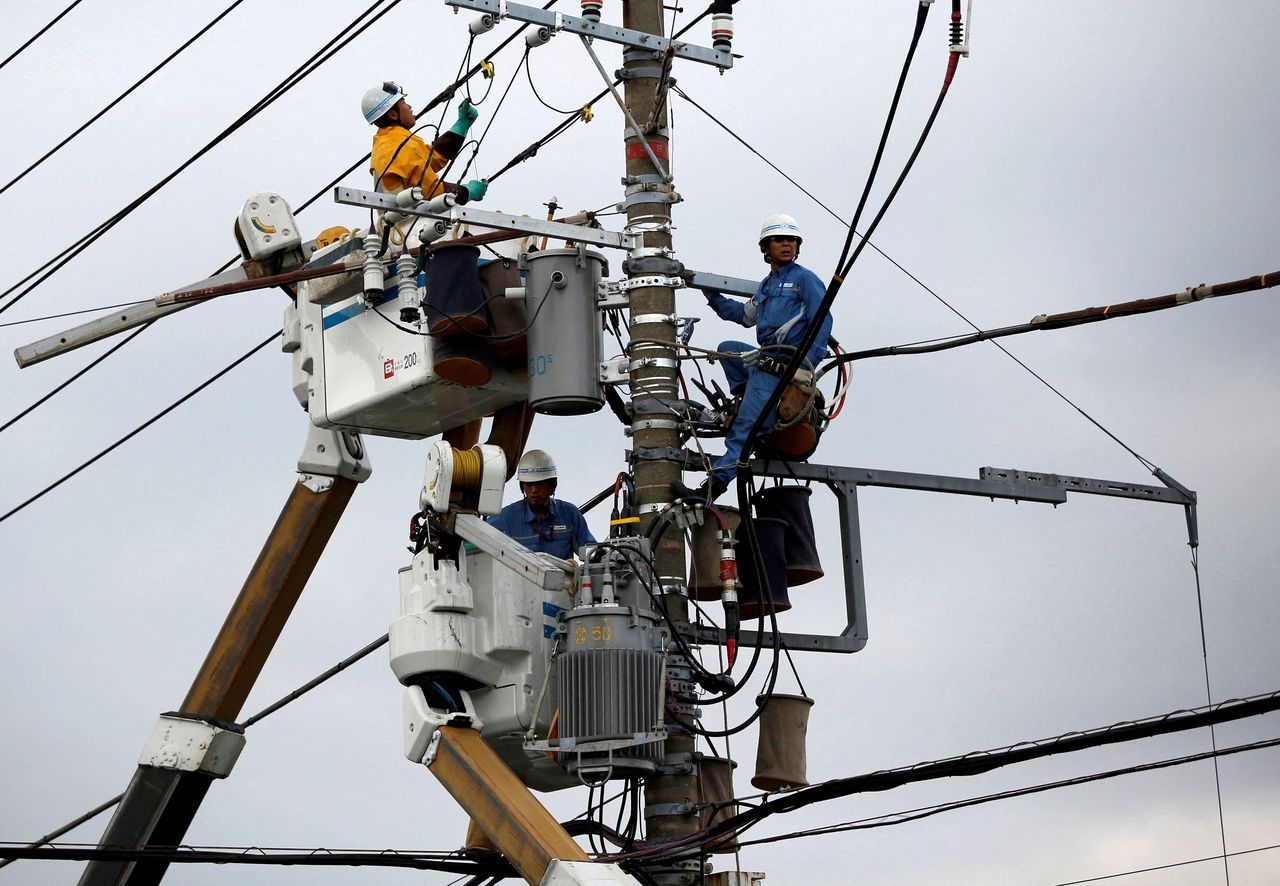 FILE PHOTO: Men work around an electric utility pole along the street in Urayasu, east of Tokyo October 9, 2014. REUTERS/Issei Kato

TOKYO (Reuters) - All of Japan's 10 regional utilities have slashed their earnings estimates for this business year on soaring fossil fuel prices, but Kyushu Electric and Kansai Electric are weathering the pain better, having managed to restart nuclear plants.

Highly dependent on fossil fuels since the 2011 Fukushima disaster, four utilities reported losses for the nine months to end-December while six now predict losses for the full year.

Tohoku Electric also lowered its annual outlook, forecasting a loss of 45 billion yen compared to its earlier hopes of a 23 billion yen profit, while Tokyo Electric widened its loss estimate to 41 billion yen from 16 billion yen.

Only three of the nine utilities with nuclear power stations have managed to restart plants, as many reactors are still undergoing a re-licensing process due to stricter safety standards imposed after 2011. Kyushu and Kansai have also restarted additional reactors this business year.

Kyushu's nuclear power utilisation rate hit a record of 98% in April-December, allowing the company to remain firmly in the black, although it has cut its full year profit estimate by 44% to 25 billion yen.

Kansai's nuclear utilitisation rate doubled from a year earlier to 63%. The utility expects its annual rate to rise to its highest level since 2010 and the contribution from nuclear power to its profits is estimated at 60-70 billion yen for the year, a company spokesperson said.

It trimmed its annual profit outlook 7% to 65 billion yen.

Under Japan's fuel cost adjustment scheme, utilities can pass on most of higher fuel costs to consumers within 3-6 months, meaning the impact on earnings over the medium-term will be muted.

"For the short-term, Kyushu and Kansai will outperform rivals as they have relatively high share of nuclear power in their power generation mix," said Toshinori Ito, president of Ito Research & Advisory which specializes in energy markets.

"But those gains can't cover all of the hefty expenses they had faced in the aftermath of the disaster, including fuel procurement costs and construction costs to meet stricter nuclear standards," he said.