Factbox-Olympics-Six faces of the Beijing Games 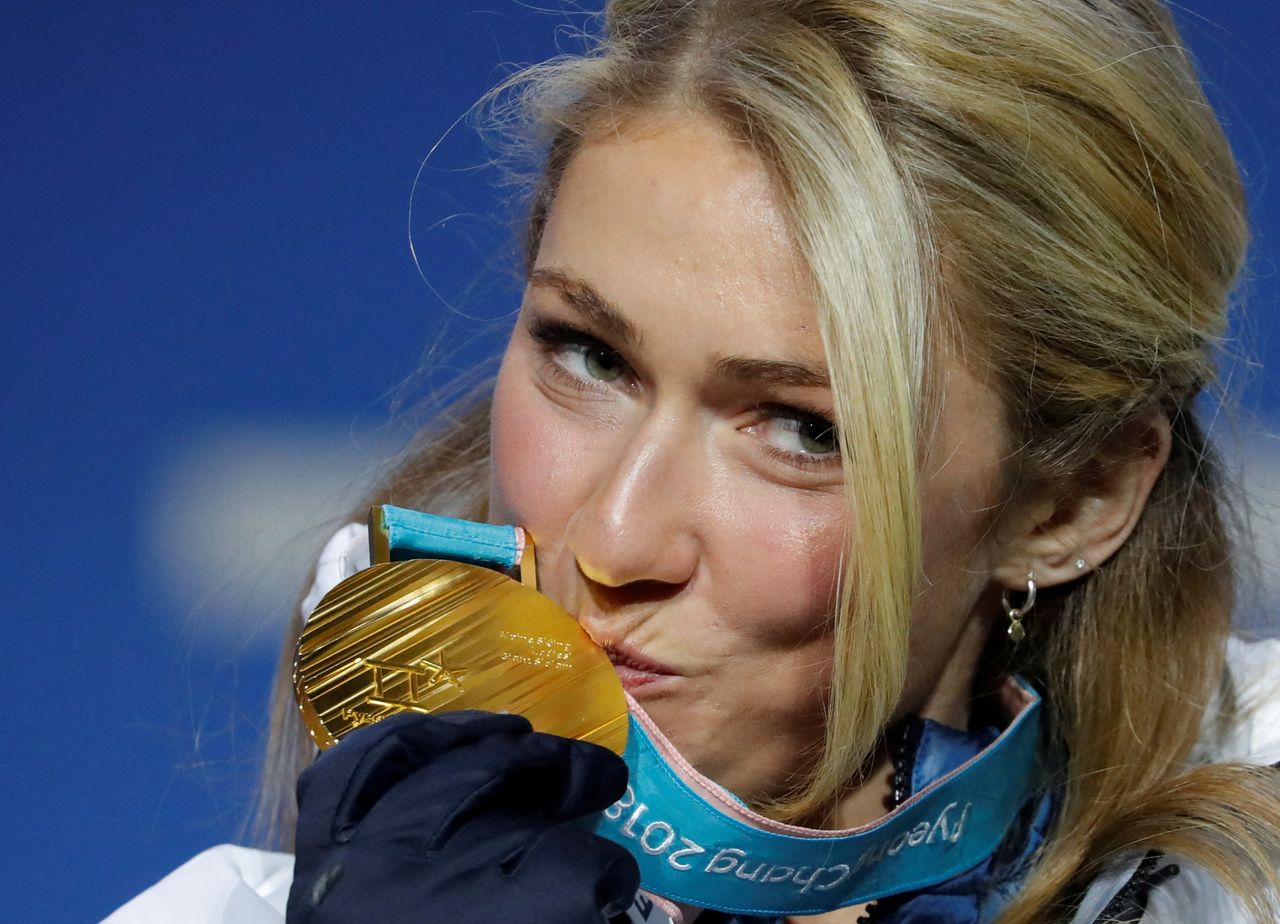 (Reuters) - Six athletes to watch out for at the Beijing Olympics:

Mikaela Shiffrin was only 18 when she became the youngest slalom champion in Olympic alpine skiing history at the Sochi Games in 2014 before adding a giant slalom gold to her glittering list of honours in 2018.

The 26-year-old broke the record for the most World Cup wins in a single discipline with her 47th slalom triumph earlier this month and is in fighting form ahead of the Winter Games after winning four medals at the 2021 world championships.

Three-time Olympic medallist Shiffrin has said she hopes to compete in all five individual races for the first time in Beijing and will need three more medals to match the women's record of six jointly held by Janica Kostelic and Anja Paerson.

Teenage triple threat Eileen Gu has been tipped as a podium contender for Beijing in halfpipe, slopestyle and big air after winning two golds at both the Winter X Games and the world championships last year.

American-born Gu chose to compete for China in 2019 and burst onto the international scene the following year after starring at the Winter Youth Olympic Games in Lausanne.

The 18-year-old capped the World Cup season in the build-up to her home Olympics with a perfect record in the women's halfpipe.

With back-to-back Olympic gold medals, seven world championship medals, including two golds, four Grand Prix Final titles and 19 world records -- a record in itself -- there is not much Yuzuru Hanyu has not achieved.

He became the first Asian men's singles skater to win Olympic gold when he triumphed at Sochi 2014 and returned to fitness in time for the Pyeongchang Games to claim his second straight title four years later.

Heading into his third Olympics, the 27-year-old will be a favourite to retain his crown and is primed to become the first skater since 1928 to win three consecutive gold medals.

Schulting won all five events at the world championships last year, including her country's first ever women's relay gold, and will be aiming for multiple short-track medals in Beijing.

Ledecka made history at the 2018 Games when she became the first winter Olympian to top the podium in two different sports, winning gold in snowboard's parallel giant slalom and Alpine skiing's super-G.

The triumph in the super-G was a shock even to Ledecka, who declined to remove her ski goggles in the post-race news conference because she did not feel fully prepared for the glare of the cameras.

Four more years of juggling 'Ester the skier' with 'Ester the snowboarder' have left the 26-year-old feeling more prepared for Beijing than for Pyeongchang -- offering the tantalising prospect of a remarkable double title defence.

Chloe Kim was one of the stars of the 2018 Pyeongchang Games, winning the halfpipe gold at the age of 17 and becoming the youngest woman to win an Olympic snowboarding title.

The 21-year-old returned from a 22-month hiatus last January to win the Winter X Games and world title and is favoured to claim her second straight halfpipe gold in Beijing.

(Reporting by Hritika Sharma in Bengaluru; Editing by Ken Ferris)