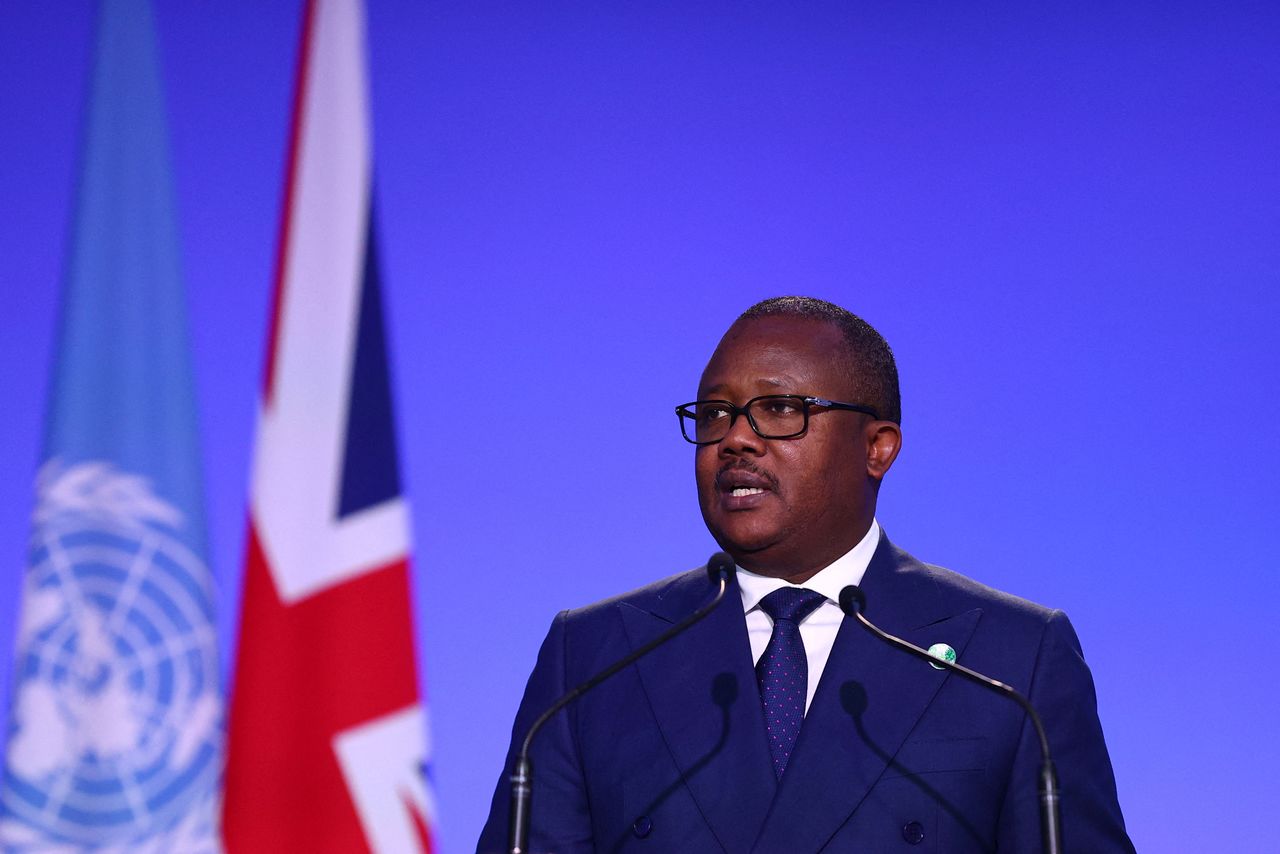 OUAGADOUGOU (Reuters) - Cheering crowds welcomed Guinea Bissau President Umaro Sissoco Embalo's election victory in 2020, but his opponents alleged fraud. When he was sworn in before the Supreme Court had ratified the vote, critics called it a coup.

It's a term Guinea Bissau's politicians know well: The West African country of 1.6 million people has had nine coups or attempted coups since gaining independence from Portugal in 1974. Only one democratically elected president has completed a full term in office.

Despite some fragile alliances that helped Embalo weather the initial political storm, he has never shrugged off the questions surrounding his win.

On Tuesday, as Embalo, 49, was presiding over an extraordinary Cabinet meeting in the capital Bissau, heavy gunfire rang out nearby. For hours, Embalo's whereabouts or wellbeing could not be confirmed, raising concerns that an attempted putsch was underway.

An overthrow attempt appeared to have stalled. Embalo posted a photo on Facebook late on Tuesday showing him sitting with advisers and men in military fatigues.

So far, little is known about what happened earlier in the day. It was not clear who fired the shots or whether anyone was killed. Embalo was seen entering a building at a ministerial compound for the meeting at around 10 a.m. GMT, with a heavy security detail.

Diplomats and security sources earlier feared that he was the latest target in a rash of military takeovers that have swept the region in the last 18 months, including in Mali, Chad, Guinea and, just last week, Burkina Faso.

The coups have undermined democratic advances since the 1990s that helped the region shed its reputation as a "coup belt".

"It looks increasingly hard to argue against the idea of coup contagion – that coups in one place inspire them in another – following the chain of events in the past year," said Eric Humphery-Smith, Africa analyst at risk consultancy Verisk Maplecroft.

He attended the National Defence Center of Spain and completed courses in leadership and political sciences in Portugal, the United States and Japan.

As president, he has sought closer political ties with Portugal and urged the country to unite.

"I call for union, reconciliation and concord for a peaceful life in Guinea Bissau," Embalo said after his victory was first announced by the national election commission in January 2020.

But stabilising Guinea Bissau has been a tough task from the start. After he was elected, parliament run by the opposition set up a rival interim president.

Its scattered Atlantic islands, mangrove mazes and unpoliced waters are a draw for tourists but also cocaine traffickers en route from South America to Europe.

Its political system, in which the majority party or coalition appoints the government but the president has the power to dismiss it in certain circumstances, has been beset by political deadlock and infighting in the past.

Its fragile economy often finds itself hostage to the volatile price of cashew nuts, the main income source for over two-thirds of households.