Soccer-Australia on rocky road to Qatar after Muscat meltdown 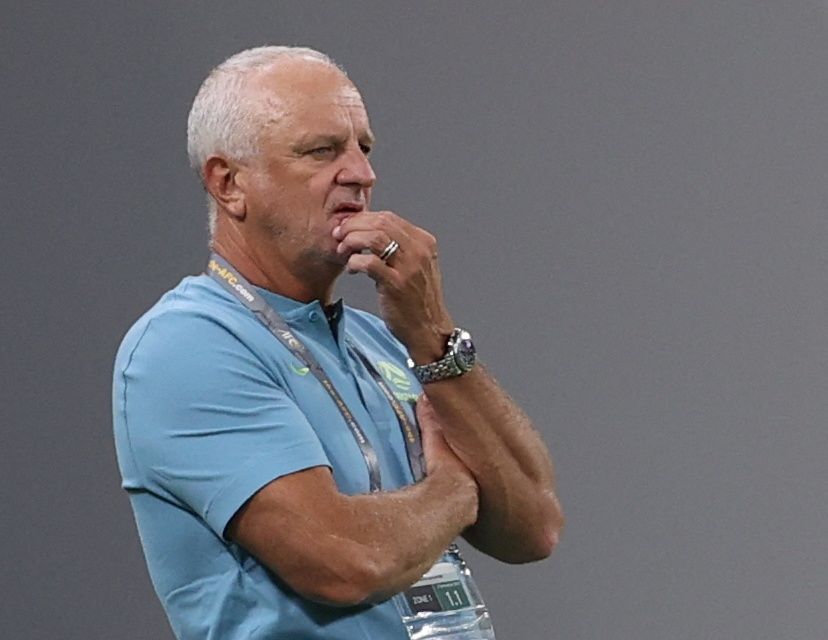 MELBOURNE (Reuters) - A World Cup qualifying campaign that started with a record winning streak has turned sour for Australia, who now face a rocky road to Qatar after Tuesday's insipid 2-2 draw against Oman.

Twice surrendering a lead to 78th-ranked Oman in Muscat, Graham Arnold's Socceroos remain third in Group B but squandered a huge chance to make up ground on leaders Saudi Arabia and second-placed Japan, who occupy the two automatic berths to Qatar.

Australia have a mathematical chance of leapfrogging both with a home win against Japan and another away to Saudi Arabia in March but scratchy form in recent qualifiers suggests they will struggle.

Since notching a record 11 successive qualifying wins earlier in the campaign, Australia have left plenty of points on the field.

A 2-1 loss away to Japan in Saitama in October was followed by a 0-0 draw at home to Saudi Arabia and a sloppy 1-1 stalemate against China on neutral soil in November.

"Ahead 2-1, we should have held onto that and (got) the win and three points," Arnold said post-match.

"I’ve still got a load of belief in the boys. At the end of the day, everything is still in our own hands."

With Saudi Arabia playing lowly China next and Japan finishing off the current phase against bottom-placed Vietnam, anything but maximum points for Australia in the last two games will likely condemn them to the playoffs route to Qatar.

That would entail a sudden death clash against Group A's third-placed team - currently United Arab Emirates - followed by an intercontinental playoff against the fifth-best team in South America.

"We came here, we prepared well, and at the end of the day it’s not good enough to (not) take something away from the game.

"It’s not the first time it’s happened this campaign. We’ve got to learn from it."

(Reporting by Ian Ransom in Melbourne; Editing by Robert Birsel)