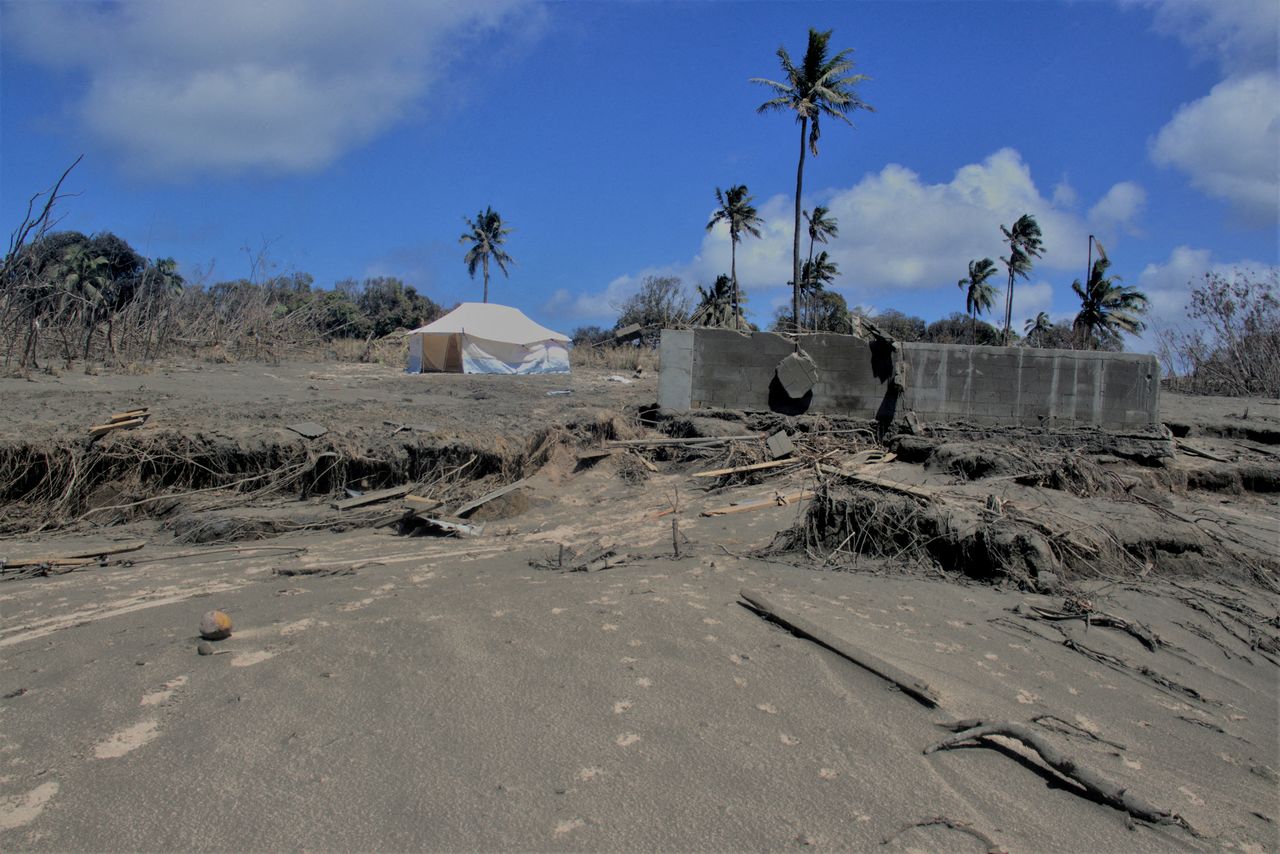 SYDNEY (Reuters) -Tsunami-hit Tonga said two wharf workers had come down with COVID-19, prompting the previously virus-free nation to go into lockdown on Wednesday, but the waterfront workers were not on docks being used by foreign navies to deliver aid.

There have been fears an influx of international ships and planes delivering badly-needed water, shelter and food after a devastating volcanic eruption had increased the risk of a pandemic outbreak in the isolated Pacific nation. Tonga had recorded only one previous COVID case.

The Australian navy ship, HMAS Adelaide, was known to have 23 COVID cases onboard when it docked at Vuna wharf last week and offloaded 250 pallets of aid to a quarantine zone.

Tonga's deputy head of mission in Australia, Curtis Tu'ihalangingie, told Reuters the two cases were detected at a different wharf and "not the one that the HMAS Adelaide used".

"The wharf that had the case is a different one used for commercial cargoes," he said.

The delivery of aid would not change as a result of the COVID cases, he said, adding, "frontliners will need to be more careful".

The Australian Defence Force's Chief of Joint Operations Greg Bilton said it did not appear the HMAS Adelaide was the source and samples from the two wharf workers would be sent to Australia for testing to verify the origin of the COVID strain.

"I don't think there's any connection, there's no evidence of that," he told Sky News.

Tongan radio station BroadcomFM reported on Wednesday another three cases had been detected in a family, bringing total case numbers to five.

Tongans queued at shops and banks on Wednesday ahead of a lockdown to start at 6pm, as authorities attempt to stop the spread of COVID.

Health authorities were administering booster shots to the public on Wednesday, with more vaccine booster doses to arrive from Australia and New Zealand. Around 83% of the eligible population have received two doses of vaccine.

The Tongan government has insisted on contactless delivery of aid, and all pallets unloaded from aircraft or ships are isolated for 72 hours before being distributed by the local emergency service.

At a press conference on Tuesday, Tongan authorities said the two workers at Queen Salote wharf who tested positive were vaccinated, and it was unknown if they had the Omicron variant.