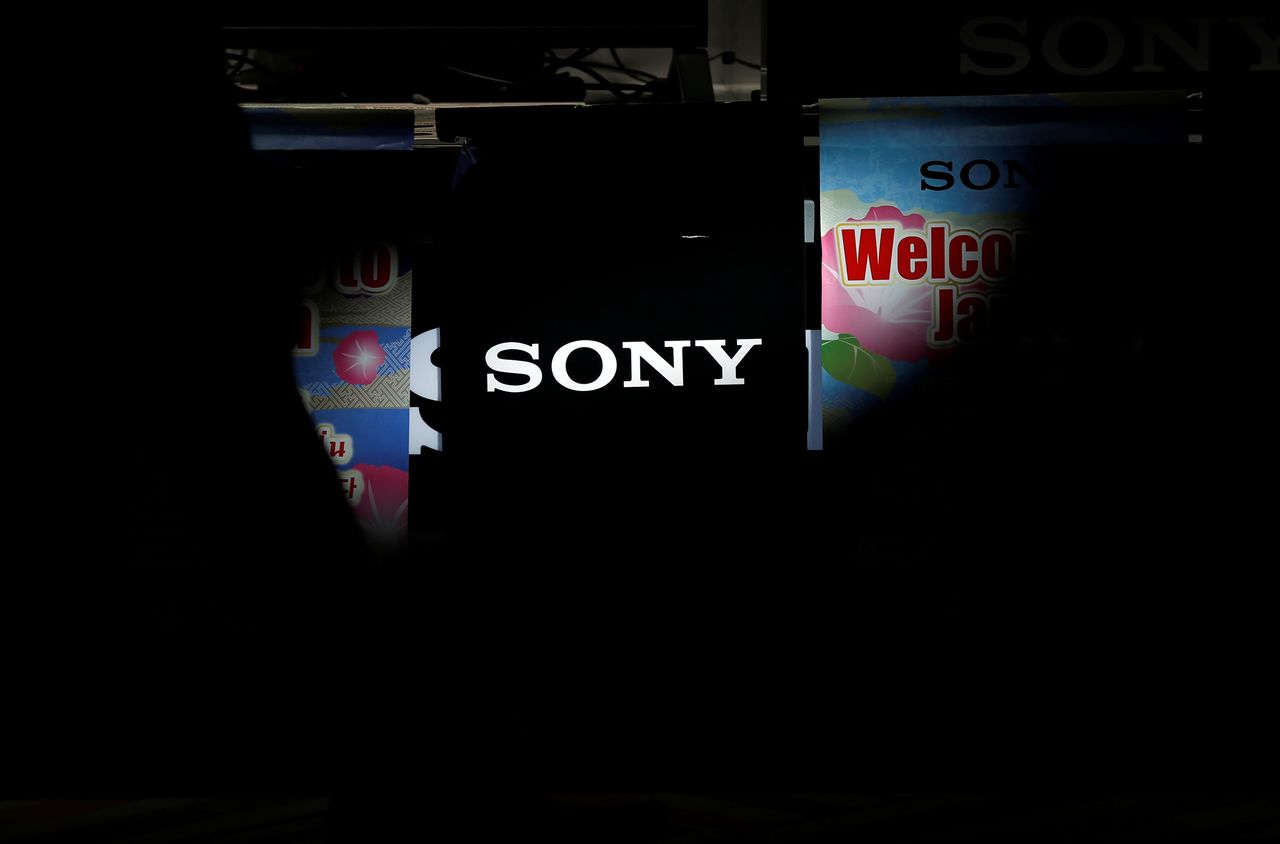 FILE PHOTO: A logo of Sony Corp is seen at an electronics store in Narita International airport in Narita, Japan, November 1, 2016. REUTERS/Toru Hanai

TOKYO (Reuters) - Japan's Sony Group Corp raised its full-year profit forecast by 15% on Wednesday after posting estimate-smashing quarterly earnings, propelled by the success of "Spider-Man: No Way Home" which has become the sixth-highest grossing movie.

Operating profit at its pictures business jumped by more than seven-fold to 149.4 billion yen ($1.30 billion) in its fiscal third quarter ended December as the unit's revenue more than doubled.

It now expects the business to post a profit of 205 billion yen in the current fiscal year as the super-hero movie, released in December, grossed more than $1.7 billion worldwide despite the spread of the Omicron coronavirus variant.

The segment was also boosted by receipts from the "Venom: Let There Be Carnage" movie and licensing of the "Seinfeld" sitcom along with the sale of mobile games business GSN Games.

Overall quarterly operating profit at Sony - a conglomerate spanning areas such as entertainment, sensors and financial services - was 465.2 billion yen, compared with an estimated average profit of 351.6 billion yen from nine analysts surveyed by Refinitiv.

The company's main gaming segment, focused on PlayStation, also posted a rise in profit, with sales of 3.9 million PS5 units in the third quarter, but hardware supply was hampered by component shortages.

The group is looking to retain its industry position by riding two of the technology sector's most disruptive trends, the growth of immersive, online gaming and the transition to electric and autonomous vehicles.

On Tuesday, the company announced it will buy Bungie Inc, the original creator of the "Halo" videogame, for $3.6 billion. That comes after XBox console maker Microsoft Corp said last month it will purchase "Call of Duty" maker Activision Blizzard for $69 billion.

The Japanese consumer tech company may also branch out into electric vehicles (EVs), with Chief Executive Kenichiro Yoshida unveiling a new EV prototype and announcing the creation of a mobility business at a tech trade show in Las Vegas last month.

Growing demand for EVs is spurring new entrants into auto markets. Through EVs, Sony is aiming to build a business that will transform cars from transportation machines to entertainment spaces.

Sony is looking to pick new partners for its EV project based on the technology they can bring as it aims to keep operations asset light, avoiding chunky investments in areas like batteries or manufacturing.

In November chipmaker Taiwan Semiconductor Manufacturing Co (TSMC) said it had agreed to build a $7 billion chip plant in Japan that will supply Sony with semiconductors for its image sensor business from 2024.

Sony shares closed up 4.9% on Wednesday ahead of the earnings and have fallen 7.4% year-to-date.