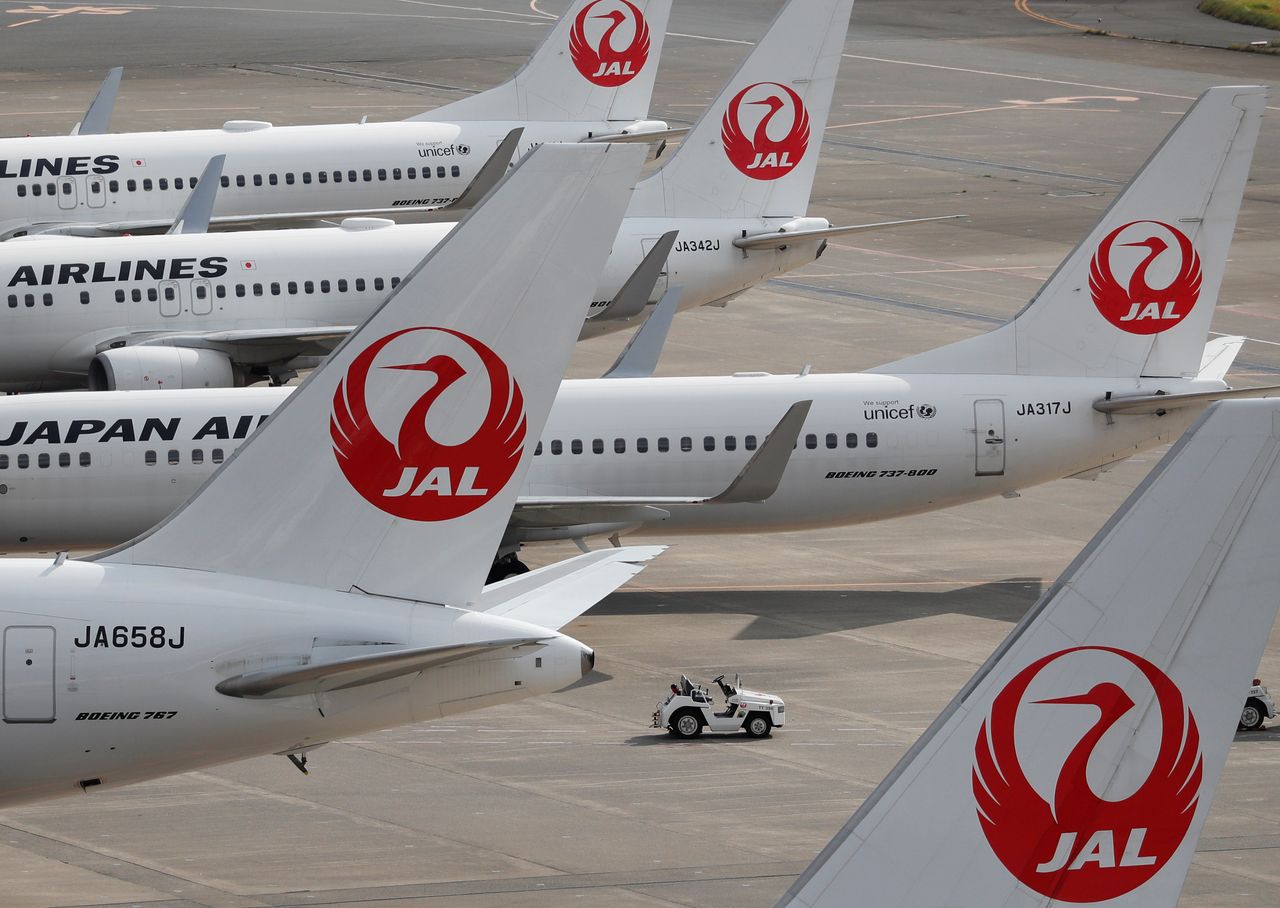 TOKYO (Reuters) - Japan Airlines (JAL) reported on Wednesday a third-quarter operating loss of 31.5 billion yen ($274.58 million), narrower than a year earlier, and maintained its full-year earnings outlook despite the emergence of the Omicron variant.

The loss was roughly in line with the 29.8 billion yen third-quarter operating loss forecast by four analysts polled by Refinitiv while JAL said it had stemmed cash burn during the period, a quarter earlier than a prior estimate.

However, the result compared unfavourably to larger rival ANA Holdings, which reported on Tuesday a small surprise profit during the period.

For the 12 months to March 2022, JAL maintained its forecast for a 198 billion yen operating loss issued in early November before the highly contagious Omicron variant spread rapidly.

JAL said the Omicron variant had led to market uncertainty at a time when domestic COVID-19 case numbers are at record levels, but strong cargo revenue and benefits from cost cuts enabled the carrier to stick with its earlier forecast.

Domestic passenger numbers should recover rapidly if the spread of COVID-19 slows, the airline said in presentation slides.

As of Tuesday, however, more than half of Tokyo's hospital beds set aside for COVID-19 patients were occupied, a level that officials have previously flagged as a criterion for requesting a state of emergency.

The airline said in November that domestic traffic should reach 92% of pre-COVID levels by March, though international traffic would remain subdued at 23% of pre-pandemic levels. But Japan has since tightened its border controls and JAL did not provide an updated forecast on Wednesday.

(Reporting by Maki Shiraki in Tokyo and Jamie Freed in Sydney; Editing by Lincoln Feast and Sherry Jacob-Phillips)