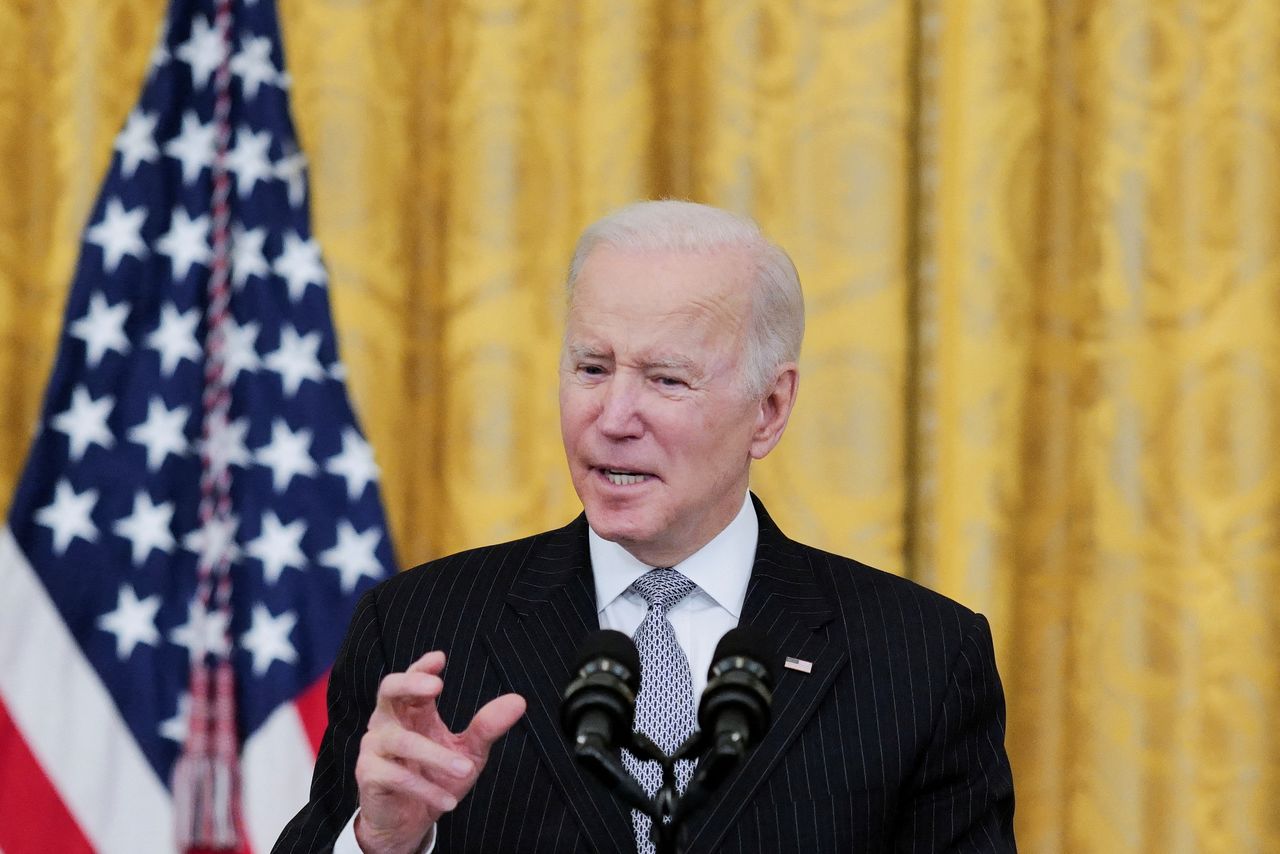 U.S. President Joe Biden speaks at an event to reignite the 'Cancer Moonshot' initiative with a goal to reduce cancer death by 50 percent over the next 25 years, in the East Room at the White House in Washington, D.C., U.S., February 2, 2022. REUTERS/Cheriss May

WASHINGTON (Reuters) -Joe Biden plans several stops during a visit to Asia this spring, which will be his first to the region as president and include a summit with three key regional allies in Japan, a senior administration official told Reuters.

The official brushed off questions about whether the Ukraine crisis could distract the administration's attention from Asia, saying: "We continue prioritizing our Indo-Pacific focus and will have more to come."

The official, speaking on condition of anonymity on Wednesday, declined to give details of the other stops in the region, which Biden's administration has declared its priority as it seeks to push back against China's expanding power and influence.

U.S. officials have said Biden has accepted an invitation to visit Japan in late spring to attend the summit of the Quad, which groups Japan, the United States, Australia and India, but details were still being worked out.

A person familiar with the matter told Reuters on Tuesday the trip could be in May, with concerns over China and North Korea on top of the agenda, and that Washington was looking into having Biden visit South Korea at the same time.

Japan's Yomiuri newspaper on Tuesday cited multiple government sources as saying the Tokyo visit could be in the last half of May.

"The President will travel later this year to Tokyo for the Quad Summit, as part of our commitment to regularize our engagement through the Quad, which continues to operate at full speed," the senior U.S. official told Reuters in an email.

"The President will also make several other stops on that trip," added the official, who declined to elaborate.

In stressing the U.S. commitment to the region, the official pointed to U.S. plans to host a summit with leaders from the Association of Southeast Asian Nations, or ASEAN, and for Secretary of State Antony Blinken to visit Australia next week for a Quad foreign ministers' meeting https://www.reuters.com/world/australia-host-quad-meeting-foreign-ministers-2022-01-31.

The administration also plans to launch a new Pacific Islands initiative with allies and partners that would bring together regional countries "to coordinate our actions, drive resources, and raise our ambition in the region, including on climate, maritime, and transportation issues," the official said.

It would, at the same time, finalize negotiations on Compacts of Free Association: agreements with three Pacific Island countries - the Marshall Islands, the Federated States of Micronesia and Palau - that facilitate U.S. military access. They are due to expire in 2023 in the case of the former two states and in 2024 in the case of Palau.

Campbell said the United States had not done enough to assist the region and that there was a very short amount of time, working with partners like Australia, New Zealand, Japan and fellow Pacific power France, "to step up our game across the board."

The senior administration official said an announcement of "concrete offerings" under an Indo-Pacific Economic Framework initiative Biden announced in October could also be expected "soon." The official said progress was also being made in an agreement dubbed AUKUS for the United States and Britain to work with Australia to provide it with nuclear-powered submarines.

Biden has visited the region multiple times during his more than three decades as a senator and as vice president in the Obama administration.