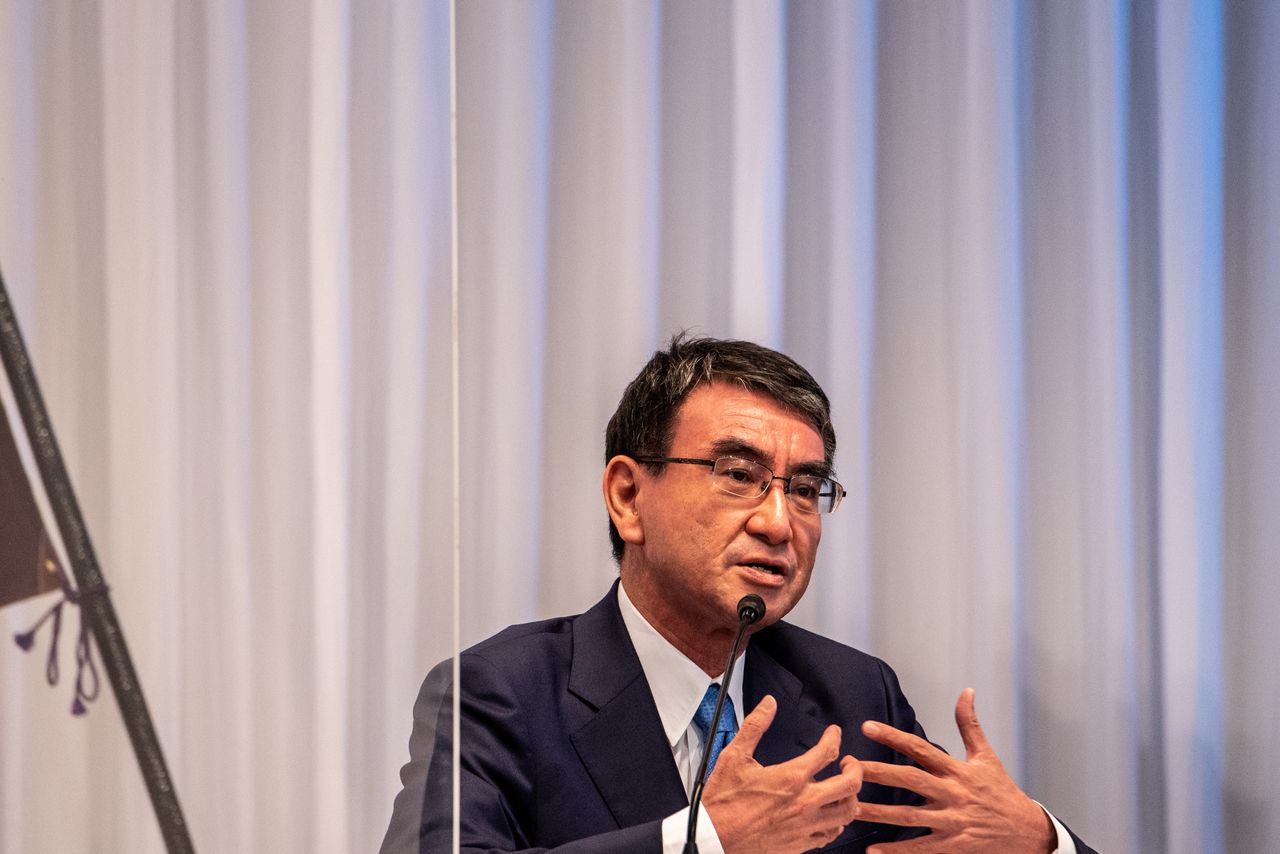 TOKYO (Reuters) -Japan's former vaccine czar and a key official of its ruling party, Taro Kono, hopes the nation's strict border curbs against coronavirus, which are the toughest among the Group of Seven wealthy nations, can be eased from March, he said on Thursday.

With the borders shut for nearly two years, the lives of students, researchers and workers have been disrupted, prompting business leaders to warn about the possible economic impact, particularly amid a tight labour market.

Though briefly eased last year, the measures, which have massive support from the public, were tightened again from late November as the Omicron variant surged, with Prime Minister Fumio Kishida aiming to retain them until the end of February.

"Let's hope that quarantine will be lifted on March 1," Kono, who was drafted in last year to run the vaccine programme but now heads public relations for Kishida's ruling Liberal Democratic Party, told Reuters.

"It may not be, it may not happen that way, but it is important to be ready," said Kono, who has taken to social media to criticise the policy, which lets in citizens and foreign permanent residents, but very few others.

Kono, a lawmaker often touted as a future prime minister, said he agreed with the principles behind the border policy when it began, but execution had been flawed.

"Why should we discriminate against foreigners? Omicron doesn't know if (a person) is Japanese or American or Iranian," he added.

"It doesn't make any sense - economically, scientifically or whatever," Kono said, adding that while it was OK to ask tourists to wait, those planning to spend longer periods, such as students or businessmen on postings, should be let in.

Kono criticised Japan's lagging booster programme in the face of rapidly-spreading Omicron, which pushed nationwide infections to more than 90,000 on Wednesday, saying that more control for local governments was key.

Japan has fully vaccinated almost 80% of its population, but the booster programme has covered just 4%, versus 27% in the United States, and more than half in South Korea and Singapore.

"This time, because I'm not there, the Health Ministry wants to control everything ...," he said. "That's a sure way to fail - and that's exactly what they're doing."

Although opinion polls have showed Kishida's support slipping, and disapproval edging up over his handling of the coronavirus, Kono saw little political risk to him ahead of this summer's crucial upper house elections.

"I think with this Omicron, by the end of March it will subside and hopefully we can kickstart the economy," he added.

"And the election is July, so this shouldn't pose much problem for us."