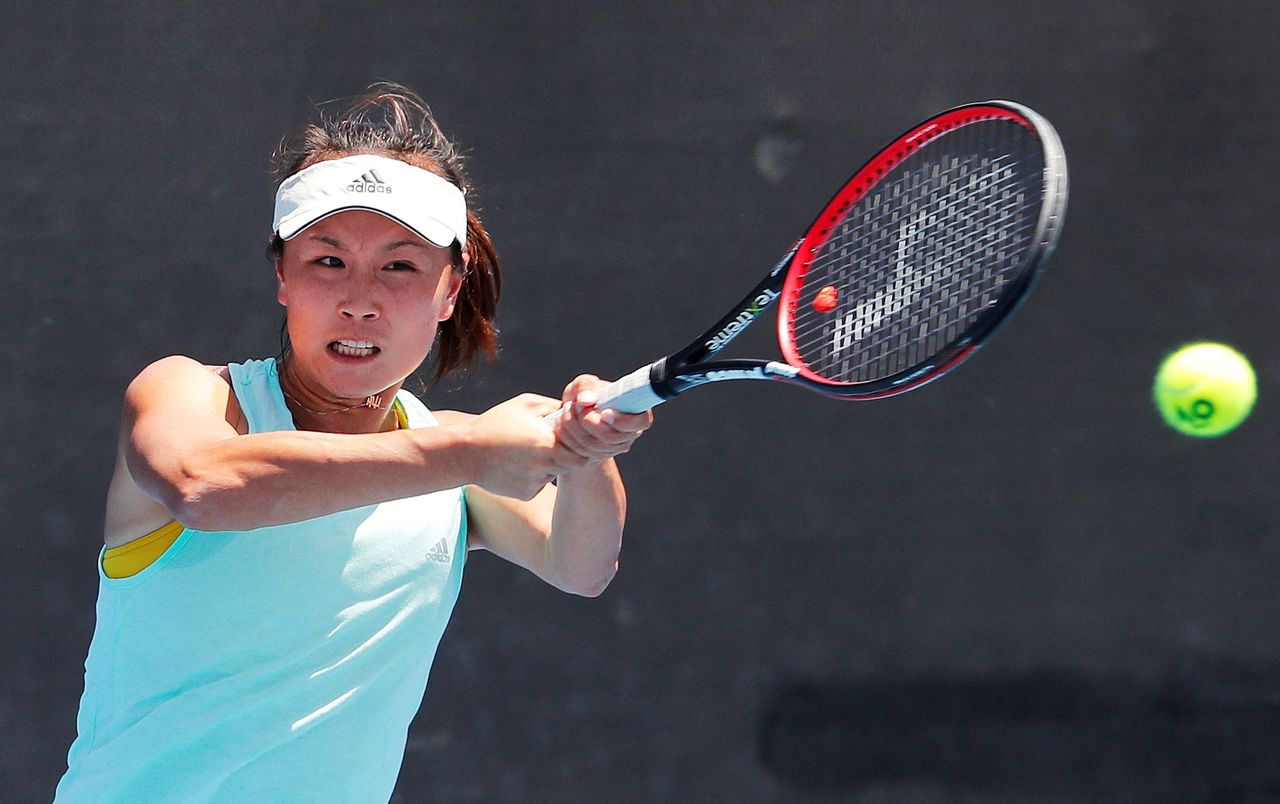 BEIJING (Reuters) - The Olympics chief on Thursday pledged to support Chinese tennis player Peng Shuai if she asks for an investigation into her treatment when he meets with her inside Beijing's "closed loop" at the Winter Games.

Bach's revelation of Peng's impending appearance inside a virtual bubble created to keep Games participants separate from the public came on the eve of an opening ceremony expected to be almost devoid of Western leaders, many of whom are protesting China's human rights record in a diplomatic boycott.

Games organisers on Thursday said they believed the opening ceremony at the Bird's Nest stadium would turn attention away from the boycott and criticism over human rights, focusing the world's attention back on Olympic sports.

Hundreds of Tibetan activists marched on the IOC on Thursday, accusing the Swiss-based organisation of complicity in "atrocities" against ethnic minorities in China.

China denies allegations of human rights abuses and says it opposes the "politicisation" of sports.

The Games also continued to be overshadowed by the threat of war in Ukraine, even as some leaders friendly to Beijing began to trickle in Thursday.

Russia's Vladimir Putin was expected to meet with Chinese president Xi Jinping on Friday for bilateral talks on energy and trade before eating lunch together and then attending the opening ceremony.

Putin, in an interview with China's state media ahead of his arrival, said he was most looking forward to watching hockey and alpine skiing, but worried he would not have the time to see everything he wanted.

"There is no doubt that the hockey matches at the Olympics will, as always, be exciting and memorable. We are looking forward to seeing some fine play," he said.

"I like biathlon and figure skating, where our athletes have traditionally been very strong. I enjoy watching competitions in ski flying but, for lack of time, can only do it on TV."

Putin will join Saudi Arabia's Mohammed bin Salman, Pakistan's Imran Khan and the United Arab Emirates' Mohammed bin Zayed al Nahyhan at the Games. From Europe, only Poland and Serbia have said they will send their heads of state.

Foreign dignitaries and Xi will remain outside the bubble, even at the opening ceremony.

Bach said Peng has asked to have the meeting inside the closed loop. He did not give a date for the meeting.

The IOC has held several video calls with Peng but wanted a face-to-face meeting during the Feb. 4-20 Games.

"We know from her explanations ... that she is living in Beijing, that she can move freely, spending time with family and friends," Bach said.

"Now we will be able to do the next step in a personal meeting to convince us in person of her well-being and state of mind."

"If she wants to have an inquiry we would also support her in this. But it's her life, it's her allegations," Bach said.

Meanwhile, the world's top winter athletes - many of whom have overcome extraordinary pandemic obstacles to attend the Games - began to find their feet in training and qualifying rounds in new venues of snow and ice.

Robot bartenders, Chinese workers in white hazmat suits and miles of metal fences are a regular scene in the "closed loop" of venues in Beijing, Yanqing and Zhangjiakou as Chinese officials try to minimise the chances of the Beijing Winter Games sparking a fresh coronavirus outbreak.

Elite downhill skiers for the first time Thursday tested out a new course sculpted into a Chinese mountain in Yanqing and gave it the thumbs up.

The course, 80km (50 miles) outside Beijing and created entirely with artificial snow, offers spectacular views of the surrounding mountains and countryside and the scenery was enhanced by glorious sunshine. It has never held a World Cup race or a test event of any kind.

In Zhangjiakou, about 180 miles north of the capital, a motionless Japanese snowboarder laid out on a slope stopped the action for more than 20 minutes before she was finally removed on a stretcher to an ambulance screaming in pain.