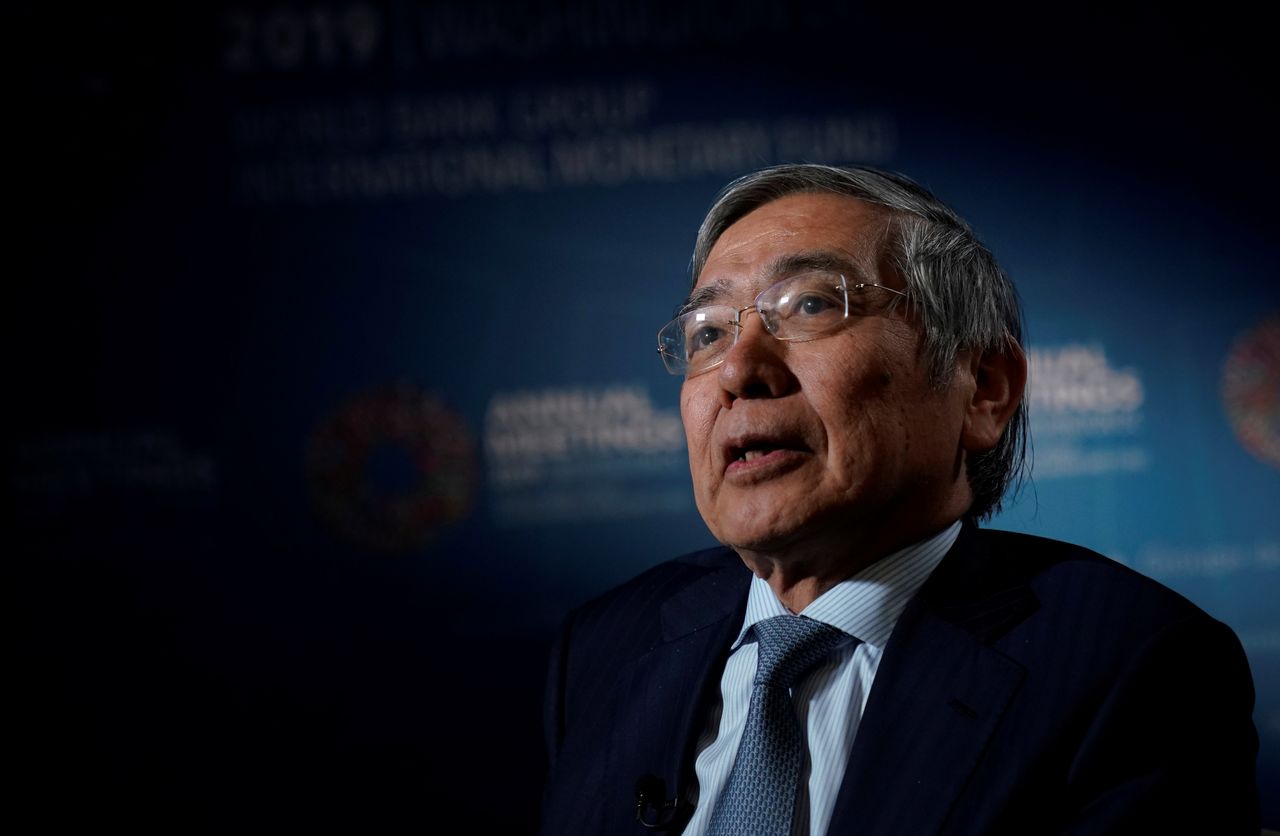 TOKYO (Reuters) -The Bank of Japan must keep monetary policy ultra-loose as inflation remains well below that of other economies, Governor Haruhiko Kuroda said, brushing aside the view it could follow in the footsteps of more hawkish U.S. and European peers.

Mounting inflation risks have prompted central banks across the globe, including the U.S. Federal Reserve and the Bank of England, to withdraw crisis-mode stimulus measures and raise interest rates.

Inflation remains subdued in Japan due to a delay in the economy's recovery from the coronavirus pandemic, and the public's sticky deflationary mindset where households and firms act on the assumption that prices won't rise much, Kuroda said.

"In Japan, nominal wages haven't risen much. It's hard to see inflation sustainably reach our 2% target unless wages rise in tandem with prices," Kuroda told parliament on Friday.

"It's important to maintain powerful monetary easing to support the economy, and help generate steady wage and price growth," he said.

The remarks came after the European Central Bank, considered among laggards in dialling back stimulus, surprised markets with a hawkish shift by acknowledging inflation risks and opening the door to a possible rate hike this year.

While Kuroda has repeatedly said it was in no rush to follow in the footsteps of other central banks, market speculation the BOJ might tighten policy pushed the benchmark 10- and five-year government bond yields to six-year highs on Friday.

Slow wage growth and weak consumption have kept Japan's core consumer inflation stuck at 0.5% in December, the highest level in nearly two years but still well below the BOJ's 2% target.

BOJ Deputy Governor Masazumi Wakatabe said inflation may accelerate to around 1% in the coming months, though that would still be much lower than 5% in the euro zone and 7% in the United States.

And yet, the policy shift by other central banks and the rising cost of prolonged easing have drawn calls among some lawmakers for the BOJ to dial back stimulus including its huge buying of exchange-traded funds (ETF).

Kuroda acknowledged the BOJ's ETF buying was an extraordinary step not taken by any other central banks, but stressed the move has been effective in keeping markets stable.

"We would buy ETFs only when markets turn extremely risk aversive, and hold off on buying when it's unnecessary to do so," Kuroda said.