U.S. asks Japan to help with LNG in the event of Ukraine disruption 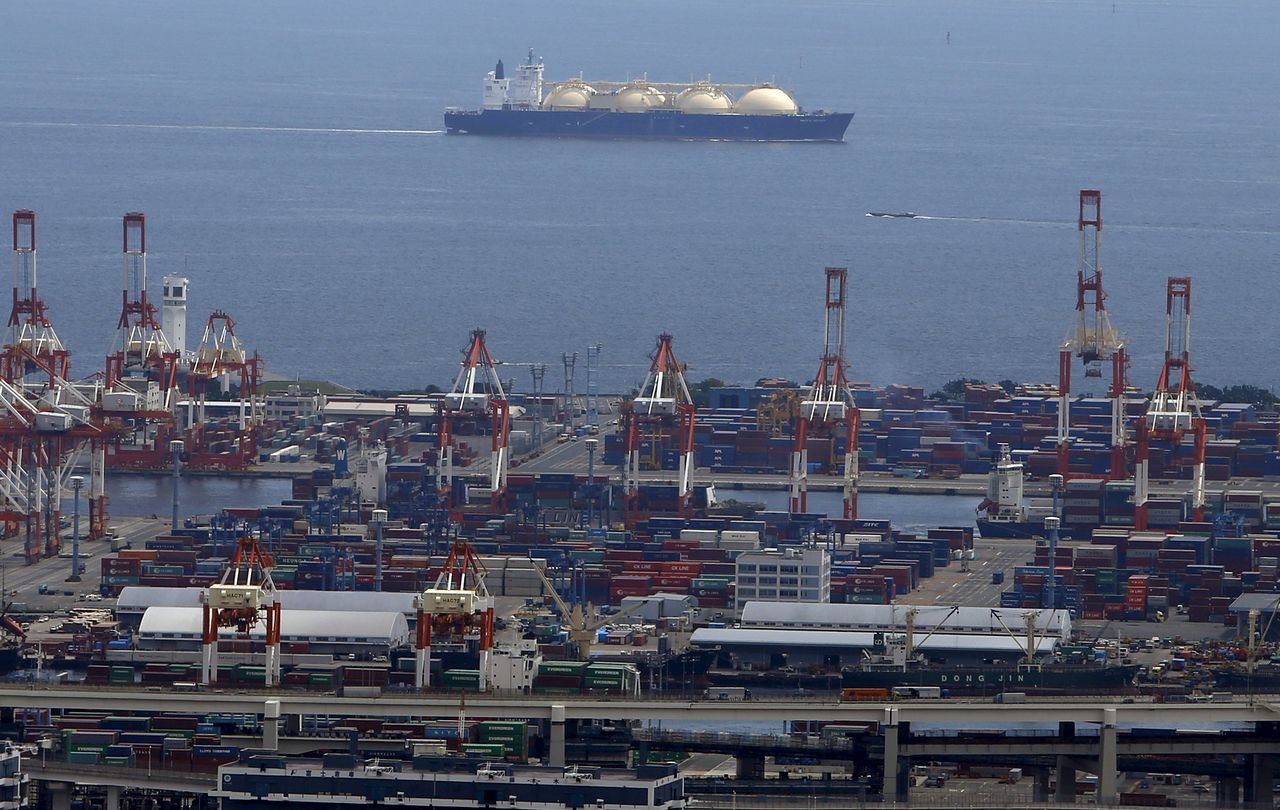 By Yoshifumi Takemoto and Yuka Obayashi

TOKYO (Reuters) -The United States has asked Japan if it could divert some LNG to Europe if the Ukraine crisis leads to a disruption of supplies, Japanese government sources told Reuters on Friday, and Japan has said it would consider how it could help.

Japan is a key importer of liquefied natural gas (LNG) but would first need to be sure of sufficient domestic supplies before offering international help, Industry Minister Koichi Hagiuda said.

Four government sources confirmed the U.S. request, one saying it came earlier in the week.

In a news conference earlier on Friday, Hagiuda declined to confirm media reports of the U.S. request but said Japan had been a "driving force in the development of the LNG market" for decades.

"We would like to consider how we can contribute to the international community," he said.

But with more cold winter weather due, resource-poor Japan would need to ensure its domestic supplies first.

"We will see if there is anything that can be done after ensuring that the people's lives are not affected," he said.

The Ukraine situation had a significant impact on the stable supply of energy to Japan, so Japan would closely monitor the situation, he said.

Russia and the West have been at loggerheads over Ukraine, fanning fears that energy supplies to Europe could be disrupted.

Last week, the United States, the world's top producer of natural gas, asked Qatar and other major energy producers to examine whether they could supply Europe if Russia were to cut supplies as a result of the Ukraine crisis.

A source told Reuters last week that Qatar would need U.S. help persuading its buyers to divert gas to Europe, where some 30%-40% of gas needs are met by Russia.

Japan imported 74.32 million tonnes of LNG in 2021 but gave up the world's largest buyer spot to China, which increased its imports of the super-chilled fuel by 18% to a record high.

Kazunori Kasai, CEO of JERA Global Markets, told reporters it would not be easy for Japan to re-direct some of its imports to Europe.

"In general, it won't be easy as Japanese utilities have little spare supply during the winter," he said, adding that there would be contractual issues as some long-term contracts come with a destination clause that mandates where a cargo can be delivered and limits buyers from reselling excess gas.

Asked about the impact of an escalating crisis in Ukraine, Kasai said: "It depends on what economic sanctions will be imposed on Russia."

His company is the trading arm of Japan's biggest power generator, JERA, one of the world's biggest LNG buyers.