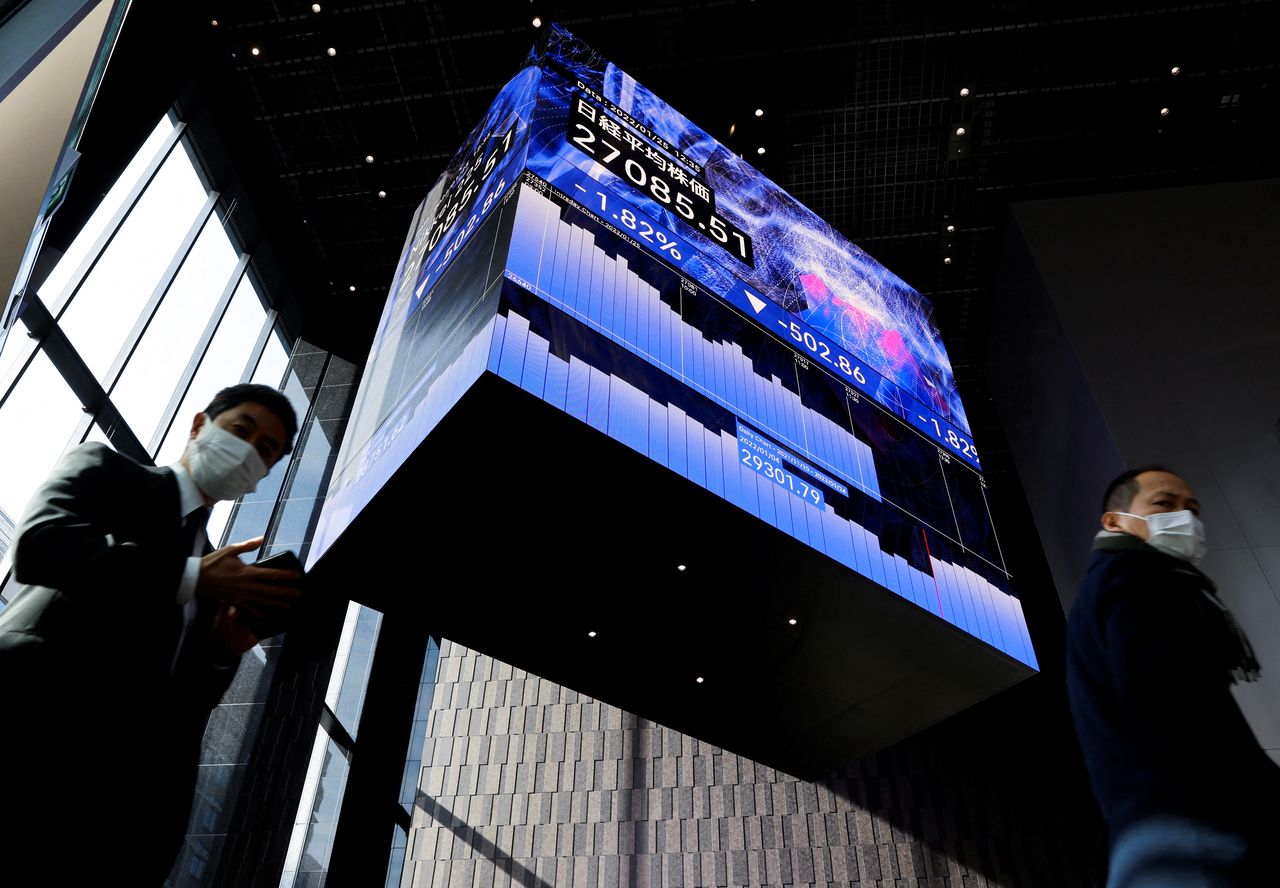 (This February 4 story corrects milestone date in paragraph 13 to January 2020, from December 2019)

Earlier in the session, a sell-off in bonds briefly pushed Germany's 5-year yield positive for the first time in four years after the European Central Bank was more hawkish than expected.

"So much for the good news from Amazon - today’s jobs data puts 50 basis points back on the table for the Fed’s March meeting," said John Lynch, chief investment officer for North Carolina-based Comerica Wealth Management.

Market sentiment has been dominated by speculation about the trajectory for rate hikes from major central banks this year, as pressure mounts for policy moves to combat inflation. Rate hikes typically hurt riskier assets such as stocks.

In a move labeled by analysts as a "pivot," European Central Bank President Christine Lagarde was more hawkish than expected at the central bank's meeting on Thursday. She acknowledged mounting inflation risks and declined to repeat her previous guidance that an interest rate increase this year was "very unlikely."

Morgan Stanley said markets were now facing "the largest quantitative tightening in history" from May onwards, with G4 central bank balance sheets set to shrink by $2.2 trillion over the next 12 months.

But Australia's central bank was still content to keep policy ultra-loose in its quarterly statement on monetary policy, even as it sharply revised up its outlook for inflation and projected unemployment at 50-year lows.

The Bank of Japan also brushed aside the view it could follow in the footsteps of its more hawkish U.S. and European peers.

The cryptocurrency bitcoin has strengthened in the past week but, at just under $38,000, remains far below the all-time high of $69,000 it hit last November.