(Refiling to remove a redundant full stop in paragraph 11)

TOKYO (Reuters) - Student budgets in Japan may come under pressure after Cup Noodle, a cheap meal long associated with late night study sessions, became the latest target of price rises in the land of its birth.

The one-two punch of global commodity inflation and a weak yen have spurred a wave of price rises among Japanese consumer staple makers, who have more often relied on "shrinkflation" - or smaller portion sizes - to pass rising costs onto their price-sensitive customers.

Nissin Foods Holdings Co Ltd on Thursday said it was raising the price of its signature Cup Noodle to 214 yen ($1.86) per regular package, up from 193 yen, effective from June - the first such increase in three years.

Cup Noodle was a 1971 fast-food innovation consisting of dry noodles, soup powder and ingredients such as vegetables or meat in a disposable cup that hurried consumers - students included - can prepare just by adding hot water.

Cup Noodle rapidly became a hit round the world and remains the No. 1 brand of instant noodles in Japan, spokesman Kazuki Tsurumaru said.

With costs rising for transportation, wheat and wrapping materials, Nissin was left with no choice if it wanted to retain the brand value of its 50-year-old bestseller, Tsurumaru said, adding that Nissin has never shrunk the package size.

"Cup Noodle is a product with a certain set volume," he said.

"It wouldn't be good for us to cut that, so that customers said 'hey, there isn't so much shrimp,' or 'the noodles have decreased' or 'the flavour's thin.' That's a stance we at Nissin just fundamentally will not take."

Nissin also announced 5% to 12% price rises elsewhere in its instant food lineup, ranging from ramen to udon to tofu soup, targeting 70% of the company's around 270 products.

Nissin is not alone, with the price of beef bowls, margarine, scissors and many other everyday items going up recently as well.

Last month, the company making popular corn puff snack Umaibo jolted the country by raising its price from 10 yen to 12 yen a piece. It was the first hike since Umaibo's debut in 1979.

But Japanese noodle buyers can still consider themselves lucky. In the United States, Nissin has raised the price of Cup Noodles - as the product is known globally - twice in the last year.

(Refiling to remove a redundant full stop in paragraph 11) 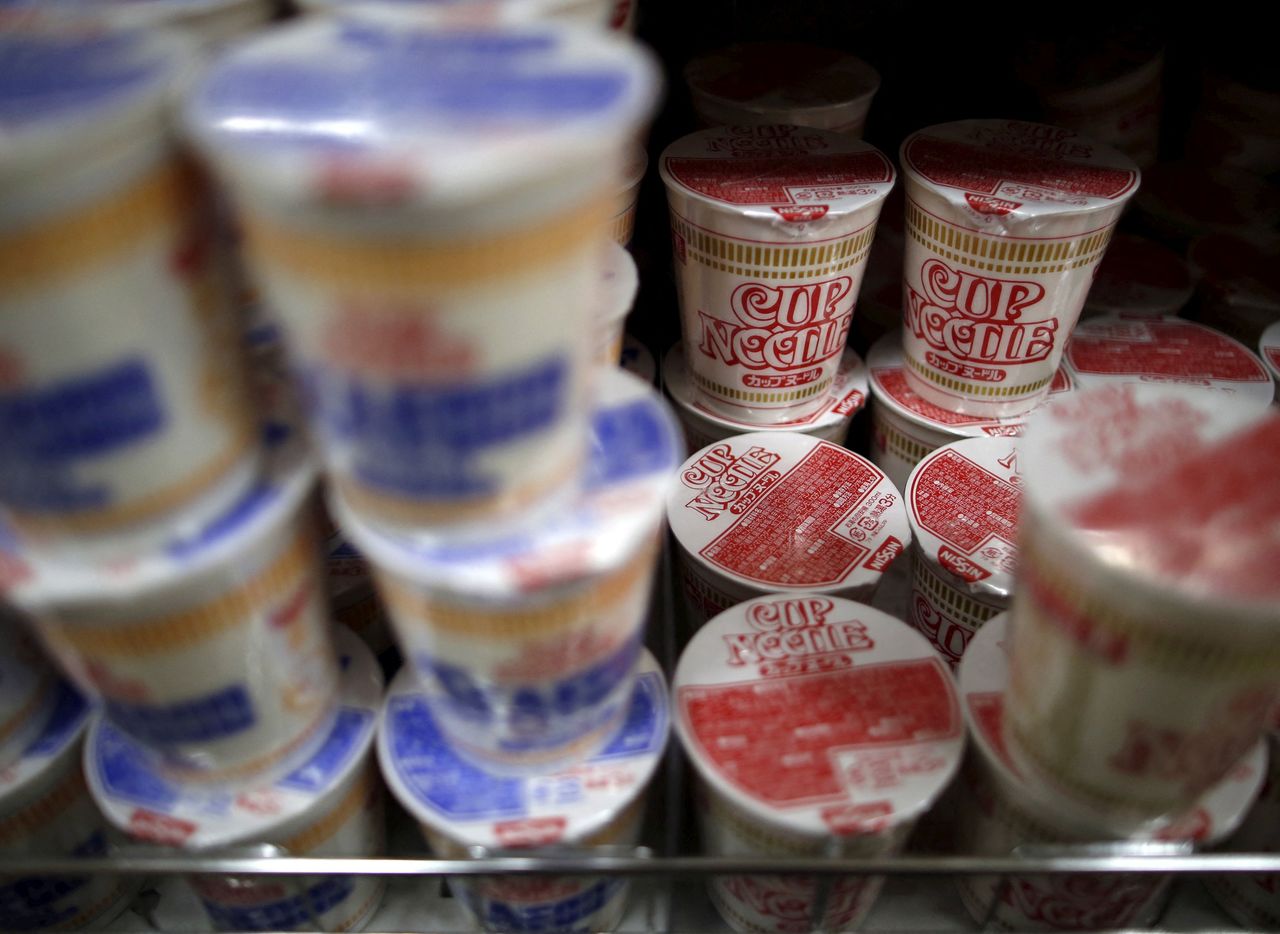 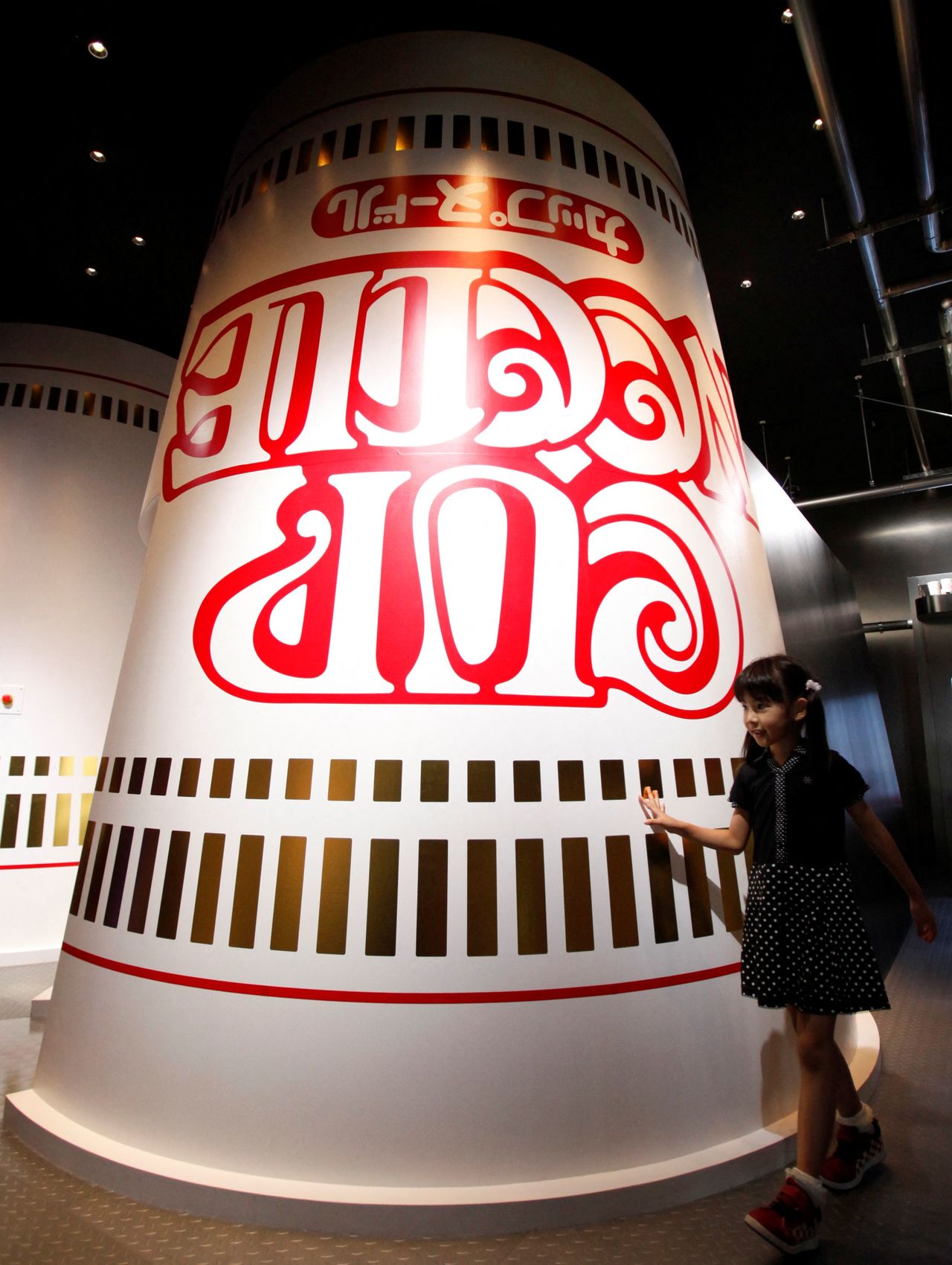 FILE PHOTO: A girl plays at "Cup Noodles Park", an interactive attraction where children can experience the manufacturing process of cup noodles, at the Cup Noodles museum during a media preview in Yokohama, south of Tokyo, September 16, 2011. REUTERS/Yuriko Nakao (JAPAN - Tags: SOCIETY)/File Photo