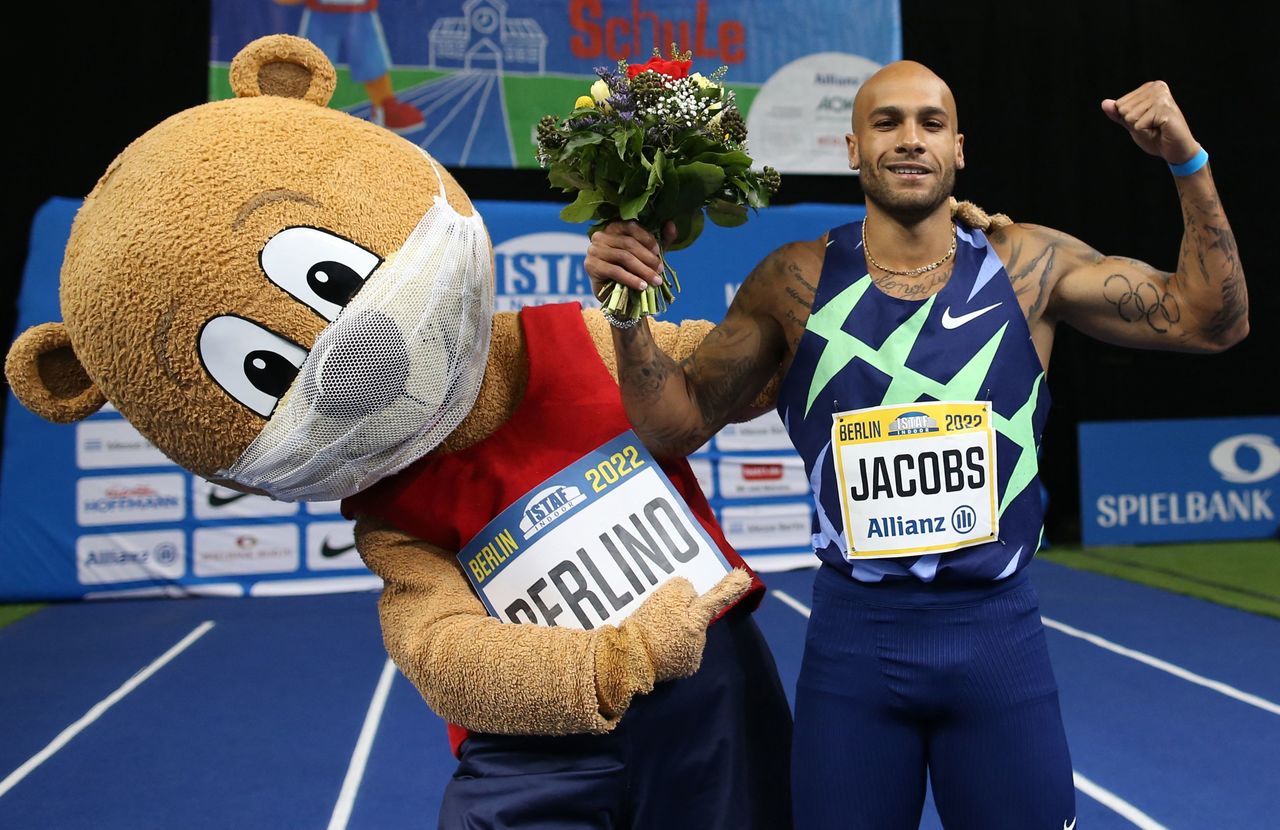 (This Feb 4 story, corrects first paragraph to make clear it was an indoor event)

BERLIN (Reuters) - Italy's double Olympic champion Lamont Marcell Jacobs marked his return to action for the first time since his shock win in Tokyo last year with victory in the 60 metres at a ISTAF indoor event in Berlin on Friday.

Jacobs took time out from the sport since winning gold in the 100 metres and 4x100m in Tokyo, missing the five Diamond League events that followed his Olympic triumph, including the two-day finale in Zurich.

He showed no sign of rust in the German capital, winning his heat with ease, before going even faster in the final, crossing the line first in 6.51 seconds ahead of Ivorian Arthur Cisse and France's Jimmy Vicaut.

"Objective complete," Jacobs said. "I wanted to do a time close to 6.50. Before the heats I had a bit of tension, then it passed and now my goal in this first part of the season, the indoor one, is to improve the European record over 60 metres.

"Then I will try to honour the title I have earned in every race. I'm back, and I'm the same as always."

The former long jumper's stunning win and rapid improvement -- he broke the 10-second barrier for the first time three months before the Tokyo Games -- led to some media reports highlighting past doping cases involving breakout athletics stars, but Jacobs said his success was purely down to his efforts.

Jacobs told the Daily Telegraph newspaper last week that he never has and never will take performance-enhancing drugs, while the Italian explained that he ended his 2021 season early because of exhaustion.