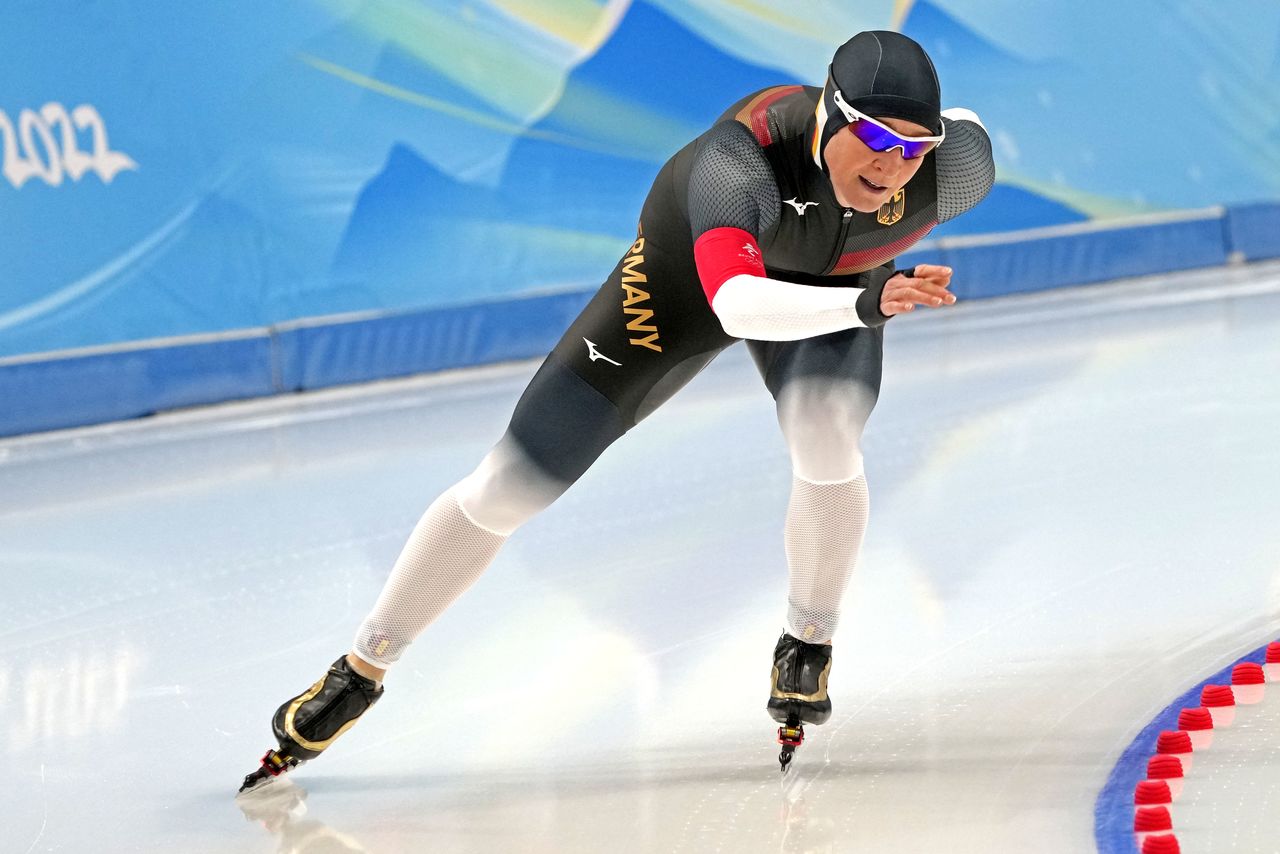 BEIJING (Reuters) - Claudia Pechstein became the oldest female Winter Olympian when she raced in the 3,000 metres speed skating at the Beijing Games on Saturday.

Already the first woman to win five consecutive medals at the Winter Games, the 49-year-old Pechstein carried Germany's flag at Friday's opening ceremony, but came 20th and last in her event.

Although she finished more than 20 seconds behind Dutch gold medallist Irene Schouten -- who also took her Olympic record -- Pechstein raised her arms and looked relieved as she crossed the finishing line.

"The result of today was not so important, it was just to race and to be here. I am super proud," Pechstein said.

The German, who turns 50 two days after the Games end, has also equalled the record for appearing at the highest number of Winter Olympics. Beijing is her eighth Games, tying her with Japanese ski jumper Noriaki Kasai, who last competed at the 2018 Pyeongchang Olympics.

"I was not too fast but I smiled because today I got my goal to race in my eighth Olympic Games. This was important for me," Pechstein told reporters.

Pechstein missed the 2010 Vancouver Winter Games after being banned for two years by the International Skating Union for abnormal blood levels, which they said indicated doping.

The record of oldest female Winter Olympian was previously held by Anne Abernathy, a luger from the U.S. Virgin Islands, who was 48 when she competed at Salt Lake City in 2002.