By Winni Zhou and Mari Saito

ZHANGJIAKOU, China (Reuters) -Walter Wallberg of Sweden soared to gold in the men's freestyle moguls event at the Beijing Olympics on Saturday, unseating champion and favourite Mikael Kingsbury of Canada who took silver.

Wallberg, 21, fist-pumped the air and threw down his skis after he landed a Cork 1080 in a lightning-fast run that lasted less than 24 seconds.

The Swedish skier looked surprised when he saw that the score from his final run had put him on top of the podium ahead of Kingsbury, but the two quickly patted each others' backs.

"I knew I did a great run but I knew Mikael did a good run as well, I wasn't sure it would be the best run... I was super happy when I saw the scores," Wallberg told a news conference.

The slick performance earned him a final score of 83.23 as he edged his Canadian rival.

Wallberg's win, four years after he was 21st at Pyeongchang 2018, was a surprise as Kingsbury, the most decorated moguls skier in history, had been tipped to extend his winning streak.

Kingsbury's gold in Pyeongchang followed a silver at the Sochi Games in 2014.

The Canadian congratulated Wallberg for getting to "sit on the throne today".

"He deserves it, I told him welcome to the club," said Kingsbury.

Japan's Ikuma Horishima, 24, claimed the bronze -- a big improvement on his 11th place in Pyeongchang.

"I gave it my all," Horishima said, adding that he had felt he would not deserve to continue competing in moguls unless he got on to the podium on Saturday.

"My real dream is the gold so I'm going to keep working towards that," he said.

During the final run, the athletes watched each other perform from the bottom of the course, hugging and fist-bumping to congratulate each other.

Chinese rap music celebrating the Lunar New Year played over the loudspeakers and the crowd erupted in cheers when Wallberg nailed his final trick to ensure he triumphed.

Temperatures during the finals dropped to minus 17 degrees Celsius, forcing spectators to constantly shift their feet in the snow to keep warm. 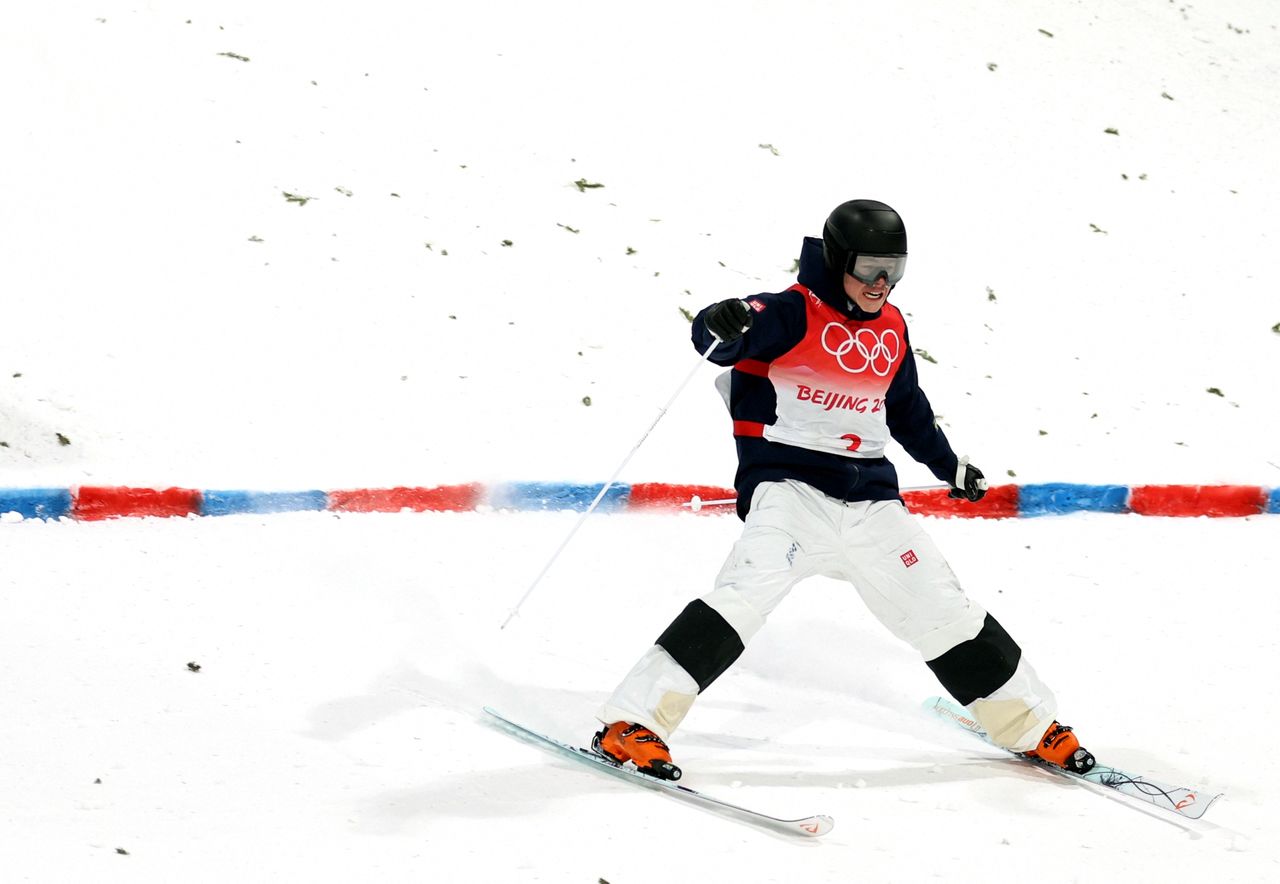 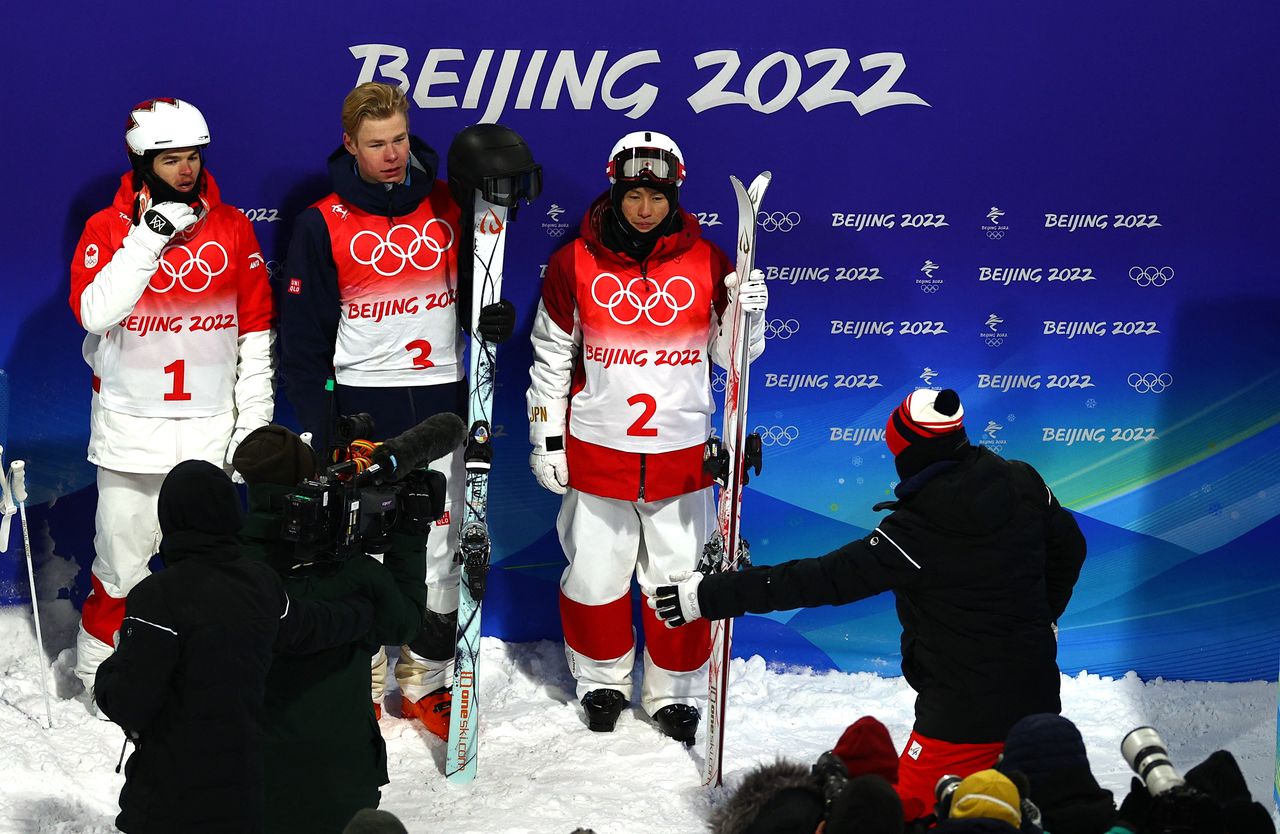 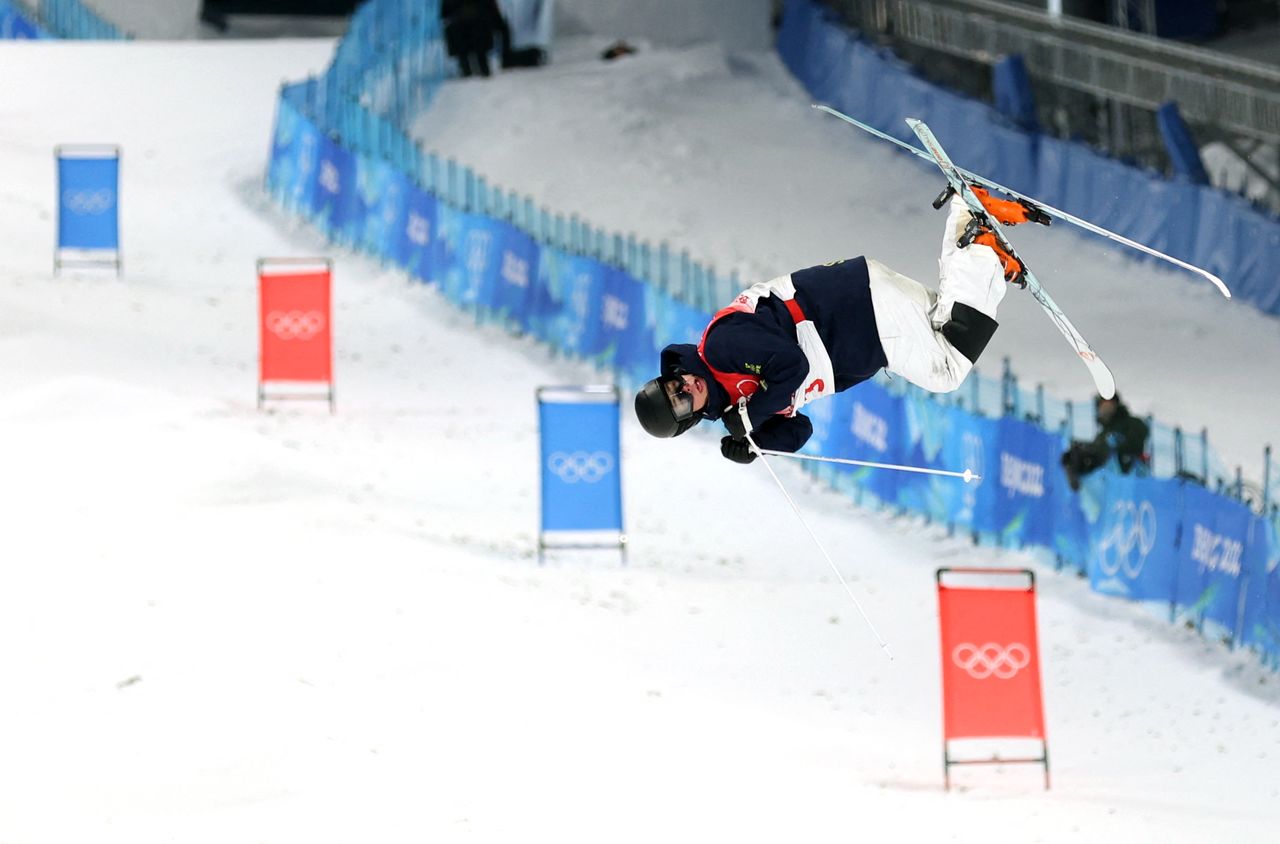