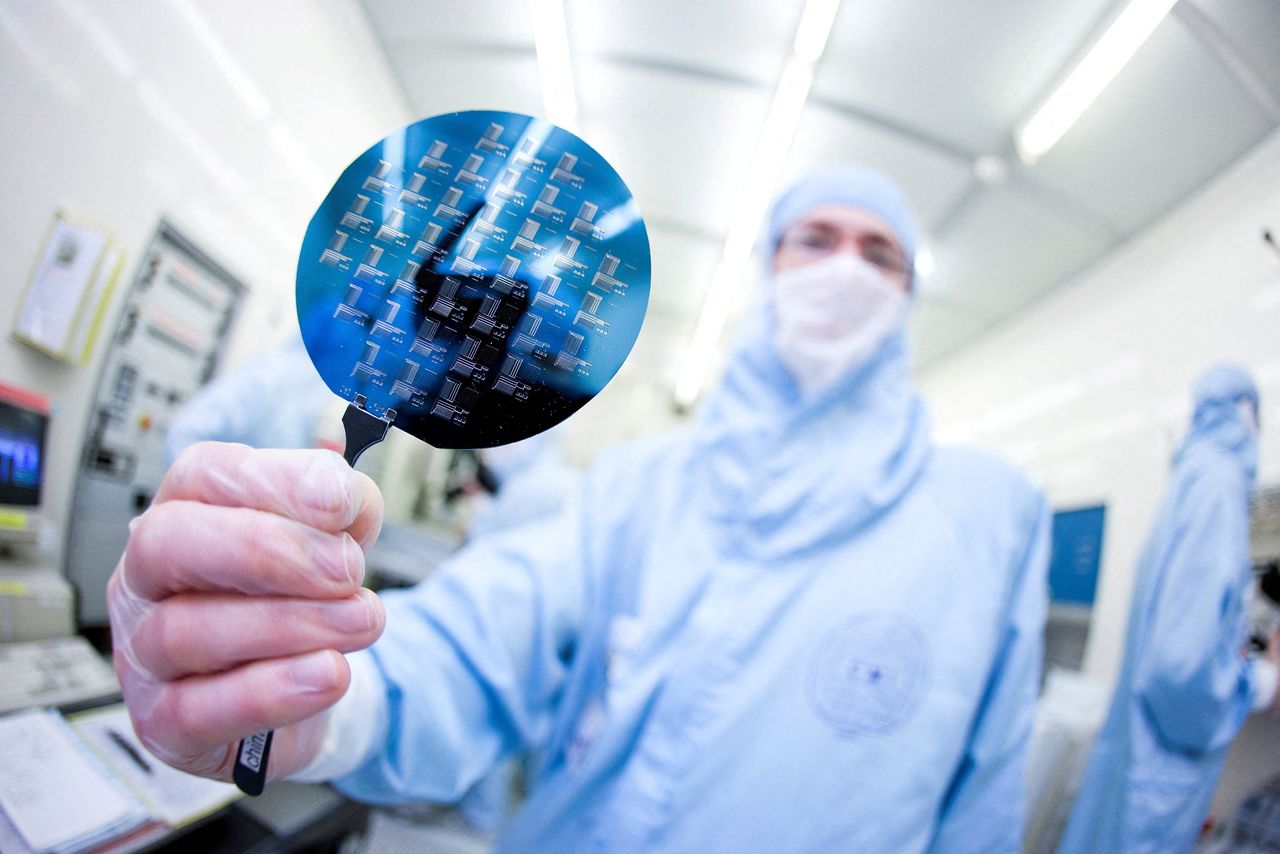 FILE PHOTO: A scientist presents a silicon wafer during a media presentation in one of the low particle pollution nanofabrication clean rooms of the Swiss Federal Institute of Technology (EPFL) in Ecublens, near Lausanne May 16, 2011. REUTERS/Valentin Flauraud/File Photo

GlobalWafers said in a statement it expected total capital expenditure to reach T$100 billion ($3.6 billion) between 2022 and 2024, including "substantial greenfield investments".

The proceeds originally intended for the Siltronic acquisition were now earmarked for capital and operating expenses, it added.

"While the failed completion of our offer for Siltronic is disappointing we have pursued a dual-track strategy from the very beginning of the tender offer," said CEO Doris Hsu. "I am very excited that we can consider now a broad range of options to advance technology development and enhance our capacities."

The expansion plan includes investments in Asia, Europe and the United States, the company said.

The new production lines are expected to ramp up in the second half of next year, and be expanded quarterly, it said.

The failed acquisition comes as a global shortage of semiconductors has laid bare Europe's dependence on Asian suppliers, which has triggered recent efforts to boost production across the continent.

Germany's Economy Ministry said it was not possible to complete all the steps of the investment review, in particular a review of an antitrust approval granted by China only last month.

On Jan. 21, China's market regulator said it would give conditional approval for the acquisition.

Hsu told reporters the deal lapsed because China's decision had come too late for Germany to consider, but declined to comment on whether they would continue to talk to the German government about the issue.

"Everyone is guessing. The official word we received was that there was not enough time," she said when asked whether other factors like protectionism were at play in the failure of the deal.

Siltronic's majority shareholder Wacker Chemie, which owns a 30.83% stake in Siltronic, has said it regretted the economy ministry's decision, adding it still intended to sell its remaining stake in Siltronic in the medium-term.

The deal would have created the second-largest maker of 300-millimetre wafers, behind Japan's Shin-Etsu, as the semiconductor industry consolidates.

Germany has become wary of changes to its high-tech supply network after carmakers, one of its major sectors, were hit by the global chip shortage.

A recent takeover of a European semiconductor company by an Asian buyer that did go through was the purchase of Dialog Semiconductor by Japan's Renesas Electronics Corp.

GlobalWafers secured a majority stake in Siltronic last year and initially hoped to have the transaction wrapped up in late 2021.