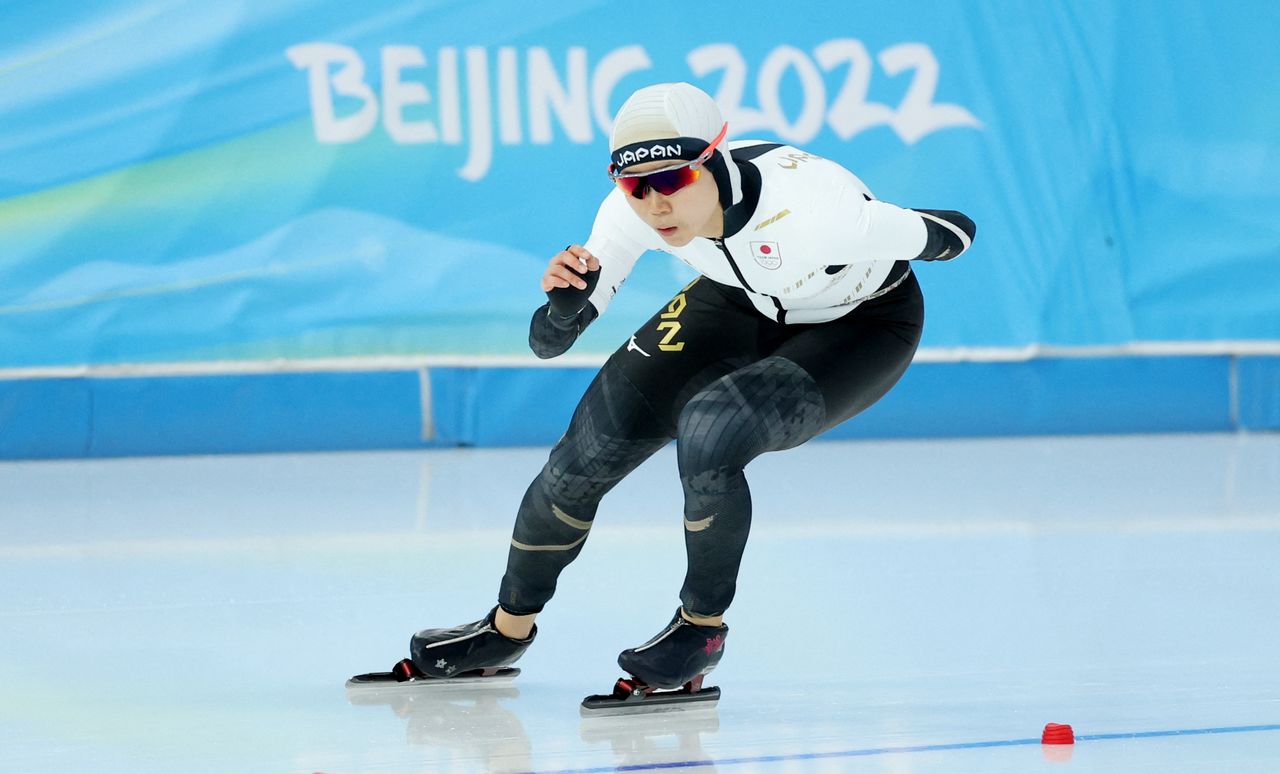 BEIJING (Reuters) - Japanese skater Miho Takagi will seek to end Dutch domination of the top prize in the women's 1500m speed skating event spanning 12 years when she competes at the Beijing Olympics on Monday.

Favourite Takagi has been unbeatable in this season's world cup and holds the season's best time but the ice may prove her toughest opponent as she skates in a new and unfamiliar venue.

"It felt like there was a lot more friction on the ice than last week and it felt a bit heavier (to skate)," Takagi told Japanese media after finishing the women's 3000m in sixth place on Saturday, calling the race one she regrets.

The 1500m is Takagi's strongest race but she just missed out on the gold medal four years ago at the Pyeongchang Olympics, conceding top spot to Ireen Wust of the Netherlands.

However Wust, who also claimed gold at Vancouver 2010, has not fared as well as Takagi this season and is currently seventh in the International Skating Union World Cup rankings.

That also leaves scope for American Brittany Bowe, the World Cup champion in the 1500m and 1000m, to challenge.

"I'm coming into Beijing as the reigning world champion, so I know I have a huge target on my back and that's a lot of pressure," she said after a training session at the National Speed Skating Oval on Thursday.

"I thrive under pressure – and it's a privilege to have that pressure — so I'm ready and I'm excited for the opportunity."