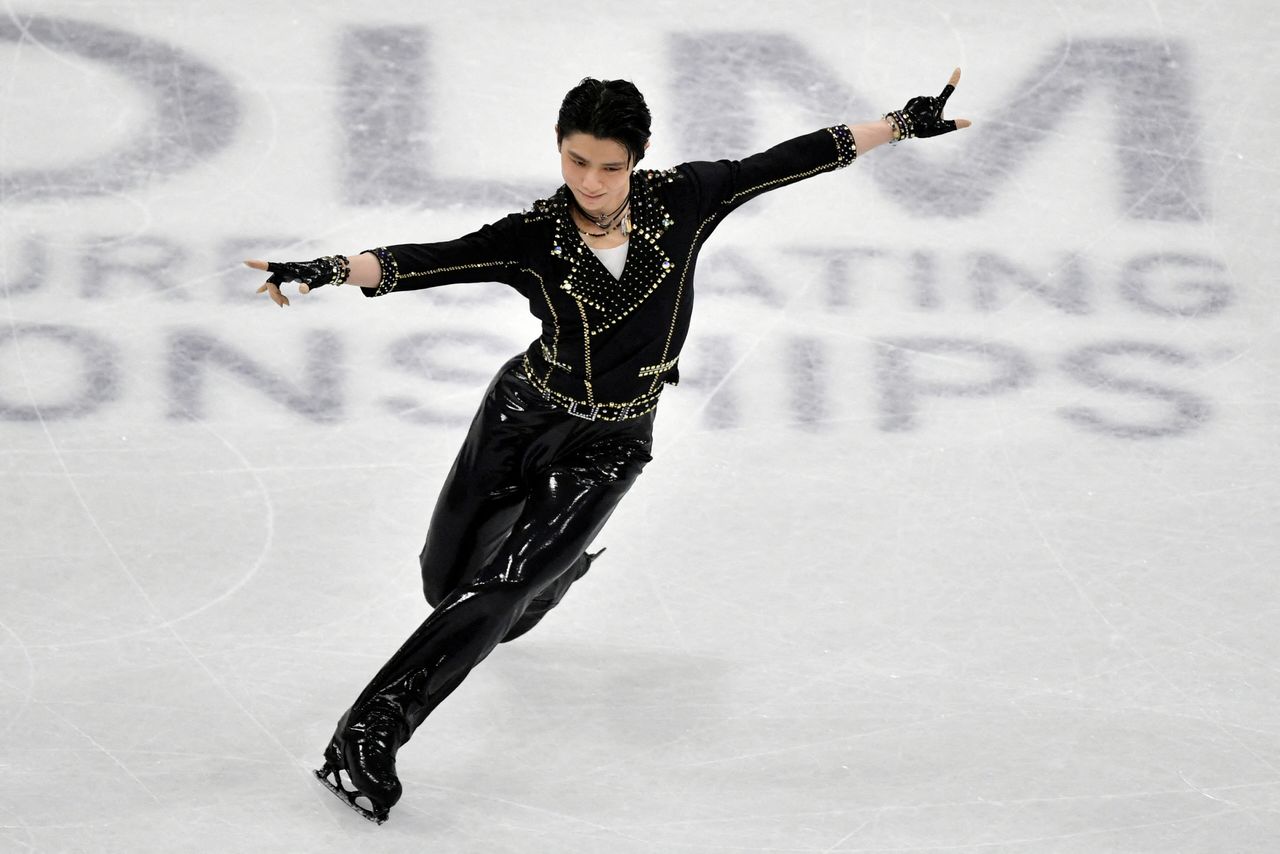 By Chang-Ran Kim and Muyu Xu

BEIJING (Reuters) - He's the only one who can top Beijing's Olympics mascot "Bing Dwen Dwen" in a popularity match.

After keeping fans and journalists on tenterhooks for days, the Japanese Olympic Committee said the twice Olympic champion arrived in Beijing on Sunday, though he would not be appearing in front of media.

His arrival set off news flashes, while the Olympics' official Twitter feed also gave him the VIP treatment with the headline: "Touchdown: Hanyu Yuzuru has arrived in Beijing for the Olympic Winter Games."

On Weibo, the phrase "The time for Hanyu to compete is set" was number one by Sunday evening, with fawning fans pouring out their admiration for the "Ice Prince".

"No matter what the result, nothing will change you as a great athlete in my heart. All the best to Hanyu at the Beijing Olympics. I started to learn about figure skating because of you," said "Lunongqiuzhong".

Still, Bing Dwen Dwen was no slouch, winning the second and fourth top spots on the platform, against its more slender opponent's number one and five. Chinese President Xi Jinping's speech about winter sports ranked third.

"I work part-time at a supermarket. Cannot believe that even the aunties are talking about Bing Dwen Dwen and Hanyu!" said "Chenhongxin in 778 class" on Weibo.

Fans of the droopy-eyed bear have been queuing for hours to get a hold of Bing Dwen Dwen merchandise, forcing authorities to announce on Sunday morning that China would boost supply https://www.reuters.com/lifestyle/sports/china-boost-supply-winter-games-panda-mascot-souvenirs-2022-02-06.

Hanyu has made it his mission https://www.reuters.com/lifestyle/sports/figure-skating-japans-hanyu-out-complete-himself-with-quad-axel-jump-2022-02-06 to become the first skater to land the quadruple Axel - regarded as the most difficult of the six figure-skating jumps - and include that in his Beijing programme in his quest for a third consecutive gold.