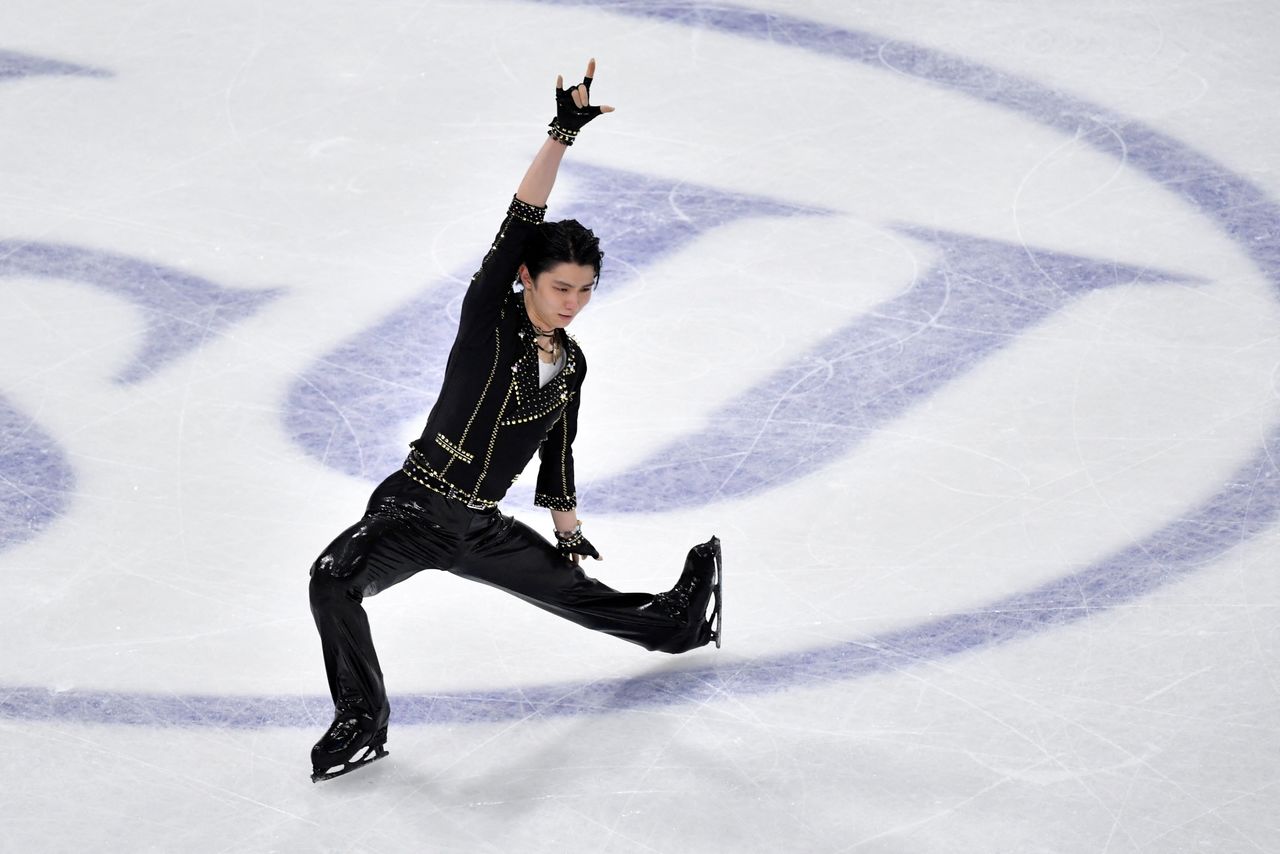 BEIJING (Reuters) - Having kept fans https://www.reuters.com/lifestyle/sports/figureskating-hanyu-1-panda-0-ice-prince-tops-games-mascot-popularity-2022-02-06, media and even team mates guessing for days over his whereabouts, Japanese figure skater Yuzuru Hanyu finally touched down in Beijing on Sunday, two days before he begins his quest for a third gold at the Winter Games.

The 27-year-old's conspicuous absence had fans in an online frenzy https://www.reuters.com/lifestyle/sports/figure-skating-wheres-hanyu-no-sign-defending-champion-games-near-2022-02-03, with the suspense building to such an extent that a hitherto cagey Japanese delegation broke their own rule and confirmed that he had arrived in the Chinese capital.

Ahead of that official word, members of the media had gathered in bigger-than-usual numbers at the rink where Hanyu was on the daily list of practice sessions on Sunday evening. He did not appear, likely awaiting the result of his mandatory COVID-19 test.

The defending Olympic champion begins his competition in the men's singles on Tuesday.

Hanyu, who has millions of fans around the world, has made it his mission https://www.reuters.com/lifestyle/sports/figure-skating-japans-hanyu-out-complete-himself-with-quad-axel-jump-2022-02-06 to become the first skater to land the quadruple Axel - regarded as the most difficult https://www.reuters.com/lifestyle/sports/figure-skating-king-jumps-why-quad-axel-is-so-difficult-2022-02-02 of the six figure-skating jumps - and include it in his Beijing programme to win the title. He has hardly competed this season due to injury.

If he succeeds, Hanyu would achieve another milestone of becoming the first Olympian in nearly a century to win a third straight gold for figure skating. Triple world champion Nathan Chen of the United States is seen as his closest rival for the trophy.