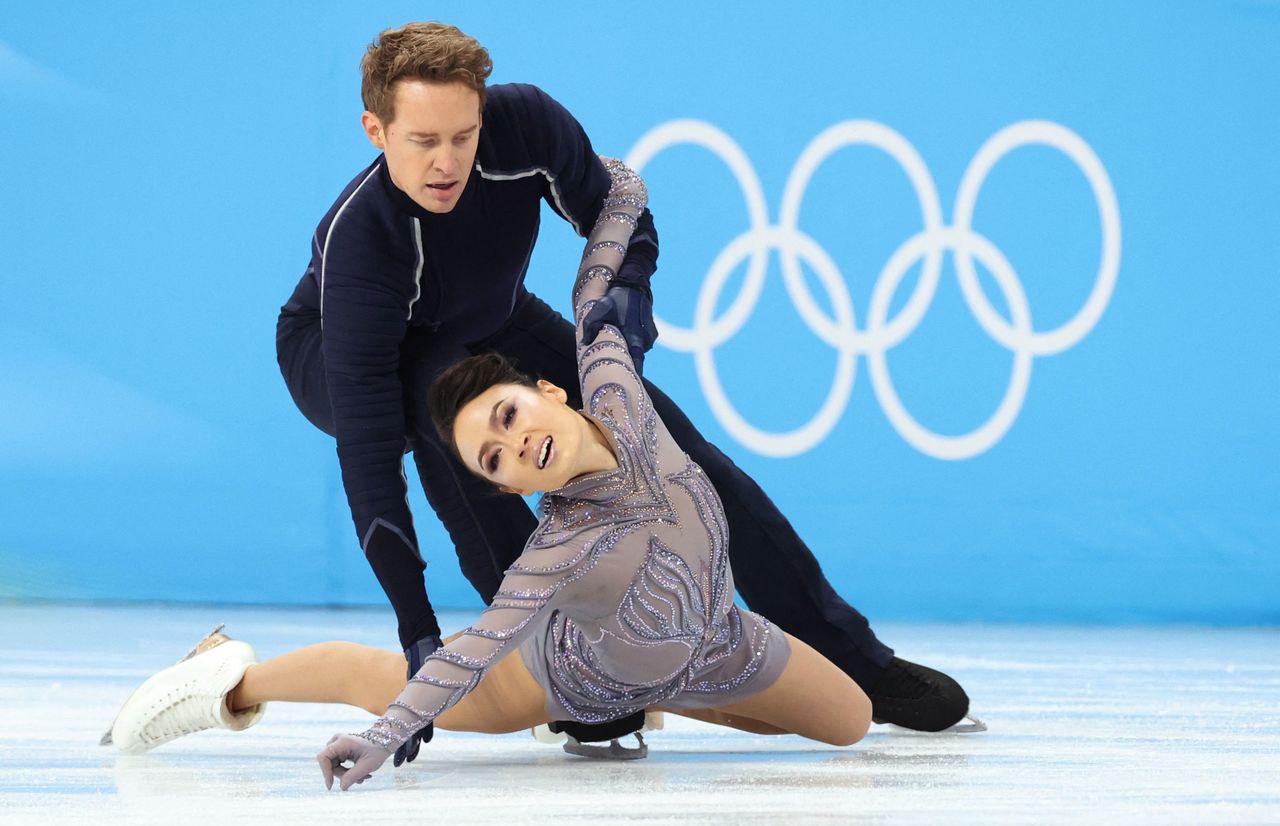 (Reuters) - Far more than throwing caution to the wind, ice dancers Madison Chock and Evan Bates threw it into outer space with a dramatic, ethereal performance that delivered the team silver medal for the United States at the Olympic figure skating on Monday.

With the U.S. flagging after an error-strewn free programme by pairs duo Alexa Knierim and Brandon Frazier, Chock and Bates needed to step up to help their team climb the second step on the podium behind the Russian winners.

With alien Chock in sparkling silver makeup and astronaut Bates in a purple, Star Trek-style outfit, the real-life partners' otherworldly routine was a high-stakes gamble that ultimately paid off with a table-topping score.

The duo's 129.07 points pipped Victoria Sinitsina and Nikita Katsalapov (128.17) after the Russians' graceful but conventional routine to the music of Sergei Rachmaninoff.

"This programme is really special and unique for us," said Bates, the U.S. figure skating team's captain.

"It's a risk that we took at the beginning of the year to pick this theme and this music in an Olympic year and I'm so pleased that we were able to skate like that and show it to the world."

The U.S. celebrated their best result in the team event, after taking bronze at Pyeongchang four years ago and Sochi in 2014.

With Karen Chen fourth in the women's singles, the Americans finished strongly after being rocked by Vincent Zhou's positive COVID-19 test following his skate in the team event on Sunday..

The team sent a video message to 21-year-old Zhou, who was unable to join them in celebration and will need to be cleared to compete in the men’s short programme on Tuesday.

"We basically said: ‘Vincent, we’re sorry to hear the news. We miss you'," said Bates.

"'We wish you were here because you’re a big part of this team. You helped earn the silver medal'."