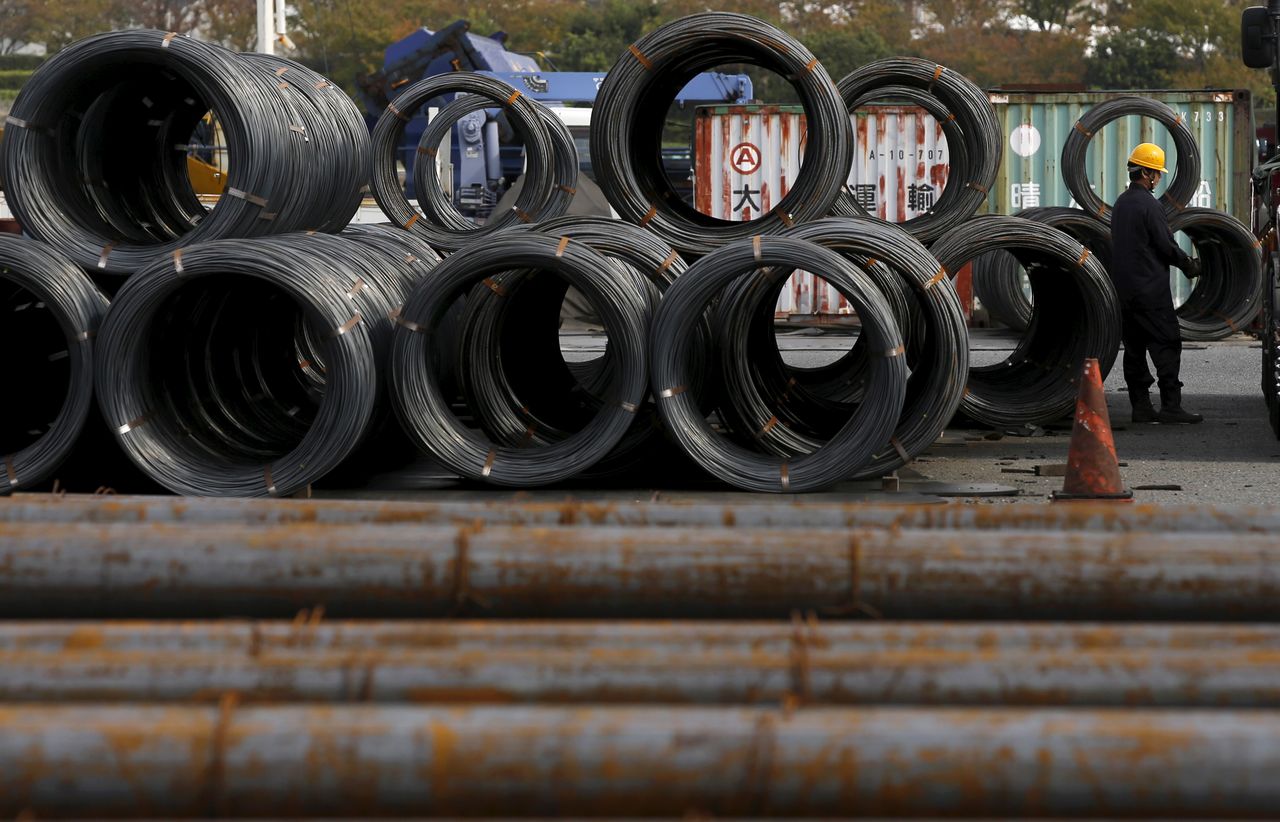 A joint U.S.-Japan statement said Japan would start to implement within six months "appropriate domestic measures, such as antidumping, countervailing duty, and safeguard measures or other measures of at least equivalent effect," to establish more market-oriented conditions for steel.

The agreement, like the EU steel and aluminum deal reached in October, calls for steel imported from Japan to be completely produced in the country for duty-free access, a standard known as "melted and poured," to reduce the risk of Chinese steel skirting U.S. tariffs.

"This is a step towards a solution... but we will continue to strongly urge the United States to fully eliminate the tariff in a manner consistent with WTO rules," Japanese industry minister, Koichi Hagiuda, said on Tuesday.

An official at the ministry said the exclusion of aluminum reflected the U.S. position and was not a request by Japan.

Much of the Biden administration's trade efforts have centered around patching up strained relations with U.S. allies that are market-driven democracies.

U.S. Commerce Secretary Gina Raimondo said the deal "will strengthen America's steel industry and ensure its workforce stays competitive, while also providing more access to cheaper steel and addressing a major irritant between the United States and Japan, one of our most important allies."

Unlike the EU and Britain, which is seeking a similar deal, Japan did not impose retaliatory tariffs on U.S. goods such as whiskey, motorcycles and denim.

The deal comes as U.S. steel prices are starting to recede from record highs spiked by strong demand and pandemic-driven supply constraints, which contributed to high inflation throughout the economy.

U.S. steel industry executives had voiced concern that the Biden administration would negotiate too much access for foreign steel makers and unleash a flood of imports as they invest billions of dollars in new capacity.

But industry executives voiced relief that the deal announced on Monday limits Japanese imports to about their two-year average from 2018 and 2019, a level that reflects the impact of the 25% "Section 232" national security tariffs were imposed by former president Donald Trump.

Unlike the EU deal, which added past tariff exclusions to the bloc's quotas, Japanese steel imported under past tariffs will count against Japan's quota volumes.

Steel Manufacturers Association President Philip Bell said about 58% of the 2021 steel imports from Japan, or about 550,000 metric tons, came in via exclusions, so the deal would limit incremental volume.

"Overall this is a strong deal for American steelmakers. It shows that we should not take a one-size-fits-all approach when it comes to our jobs, environment and economic growth," Bell added.

Japan also will initially not participate in U.S.-EU talks on a global agreement to discourage trade in steel made with high-carbon emissions - another initiative aimed at battling carbon-intensive Chinese steel output. But U.S. officials said Japan would confer with the United States on methodologies for measuring carbon intensity in steel and aluminum production.

Japan's steel industry also is highly dependent on coal-fired blast-furnace production, while more than 70% of U.S. steel is made with electric-arc furnaces that emit less carbon.