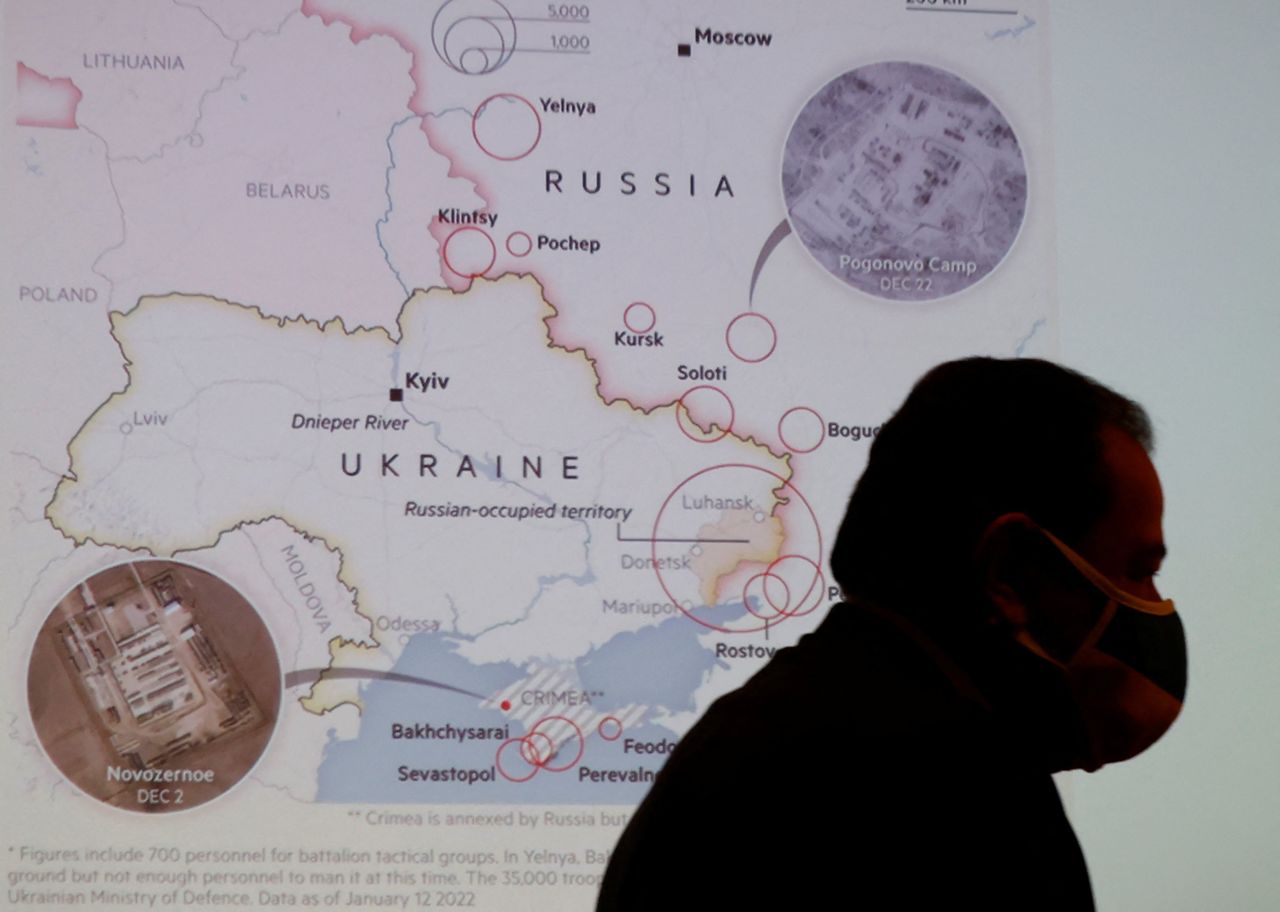 FILE PHOTO: Ukraine's ambassador to Japan Sergiy Korsunsky walks past a map showing Russia and Ukraine as he arrives at his news conference venue in Tokyo, Japan, January 26, 2022. REUTERS/Kim Kyung-Hoon

TOKYO (Reuters) - Japan's parliament on Tuesday adopted a resolution on rising tensions over Ukraine, denouncing any attempt to change the status quo by force and urging Prime Minister Fumio Kishida's government to do all it can to help achieve peace.

The resolution by parliament's lower chamber comes after Russia amassed more than 100,000 troops along the border with Ukraine, raising fears of war.

"Deeply concerned about the situation, this chamber declares it is always with the Ukrainian people who hope for the stability of their country and the region. Changing the status quo with force by any country is never acceptable," parliament said in the resolution.

In a virtual meeting last month, Kishida and U.S. President Joe Biden committed to work together to deter Russian aggression against Ukraine, and the prime minister pledged to coordinate closely with the United States and the international community on taking strong action in response to any attack.

"We call strongly on the government to embody our intention, cooperate with the international community, utilise all diplomatic resources and do its utmost for easing tensions over Ukraine and realising peace swiftly," the resolution said.

Japan's ties with Russia have long been plagued by a territorial row over a string of western Pacific islands seized by Soviet troops at the end of World War Two.