By Daniel Leussink and Akiko Okamoto

TOKYO (Reuters) - When Japan handed Tokyo bus driver Keiki Nambu and his wife, Takako, $870 for each of their nine children, they spent it exactly as the government had feared: paying down a mortgage instead of going shopping.

That kind of financial prudence has helped Japanese households amass a staggering $17 trillion in assets over the years, with more than half of that parked in savings. But it also represents a headache for policymakers, who struggle to kick-start consumption and boost a moribund economy.

Prime Minister Fumio Kishida's government has paid nearly $17 billion in cash stimulus to families. But unlike U.S. stimulus that lifted consumer spending, the impact is seen as limited in Japan, where households are more likely to save the money or repay debt like the Nambus.

It highlights a consistent problem in the world's No. 3 economy, where public debt is already more than twice the size of the gross domestic product (GDP).

"If dad's salary remains the same but prices keep going up, all we can do is ask him to do his best and work as much as he can," said 39-year-old Takako.

Her husband makes about $44,000 a year, including the discretionary "bonus" paid twice yearly by Japanese companies but cut when times are lean, as happened during the pandemic. In the end, the stimulus money is just helping to make up for that shortfall, Keiki said.

The Nambus' children range in age from less than a year to 17. Kids only get water and milk to drink, although the family consumes about five litres of milk a day. Keiki makes sure the kids take quick showers to keep the water bill down.

Their frugality is common, however.

Private consumption accounts for more than half of Japan's GDP.

But households may be spending just 10% of the stimulus cash and saving the rest, said Koya Miyamae, senior economist at SMBC Nikko Securities. Economic insecurity keeps consumption flat, Miyamae added, and a recent surge in Omicron infections has also made people hesitant to spend.

Another economist, Hideo Kumano of Dai-ichi Life Research Institute, reckons that about 75% of the handouts will end up as savings, although he cautions that number could be higher if parents decide to set aside more for their children's education.

Concern that the money would end up in savings prompted some municipalities to pay half of the stimulus as vouchers. Tokyo wasn't one of them.

Separate cash payments to all residents of Japan earlier in the pandemic saw about 27% of the money spent, according to a July 2020 survey by Mitsubishi Research Institute.

They initially flirted with the idea of an overnight family trip to a hotel run by their city ward. In the end, frugality won out, although they did spend about $210 on sushi and ice cream.

They will also use some of the money to buy a school bag and gym clothes for Keifu, 6, who is starting primary school in April.

The hand-me-down gym clothes were too threadbare after being worn by six of his older siblings. 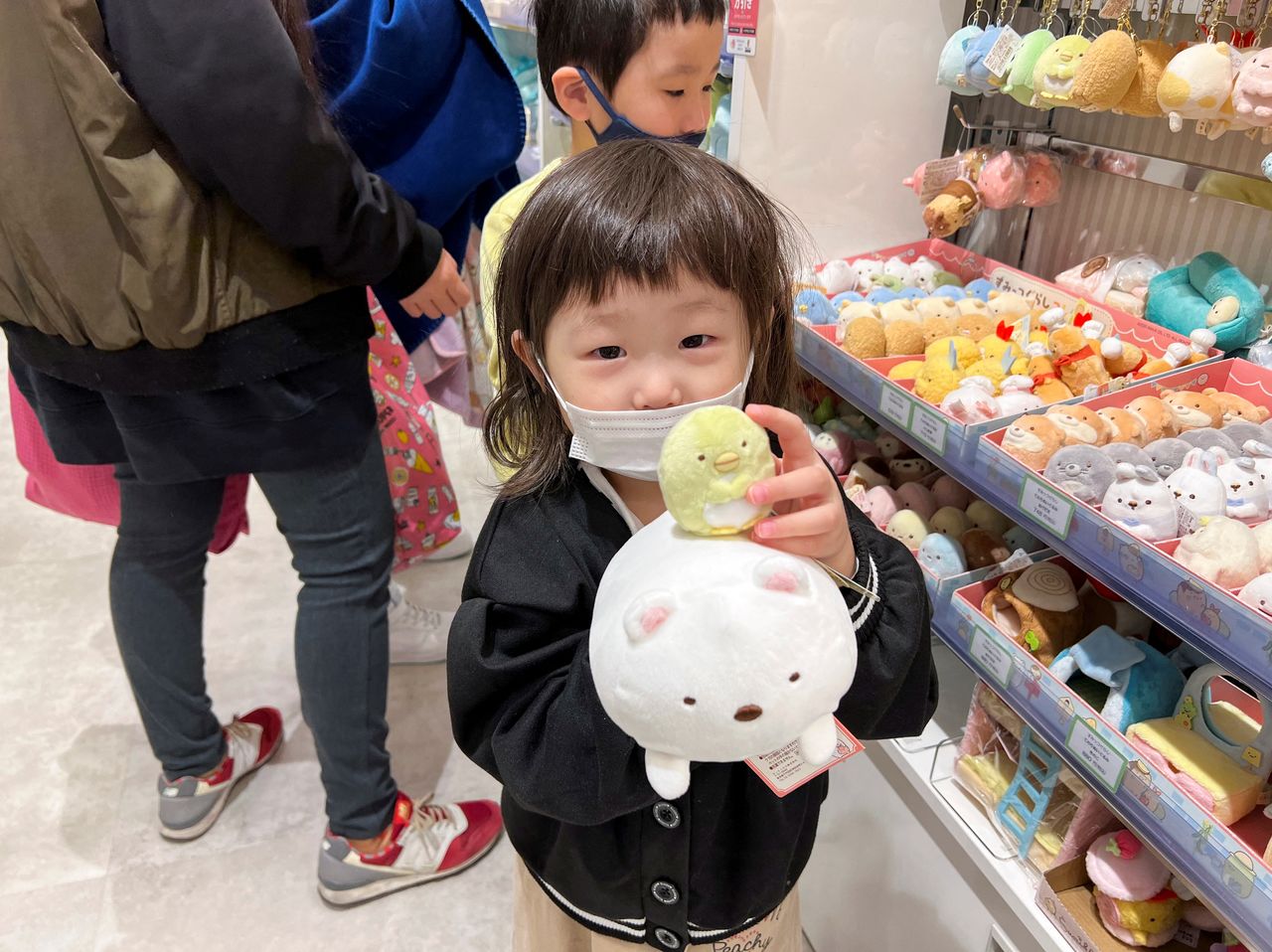 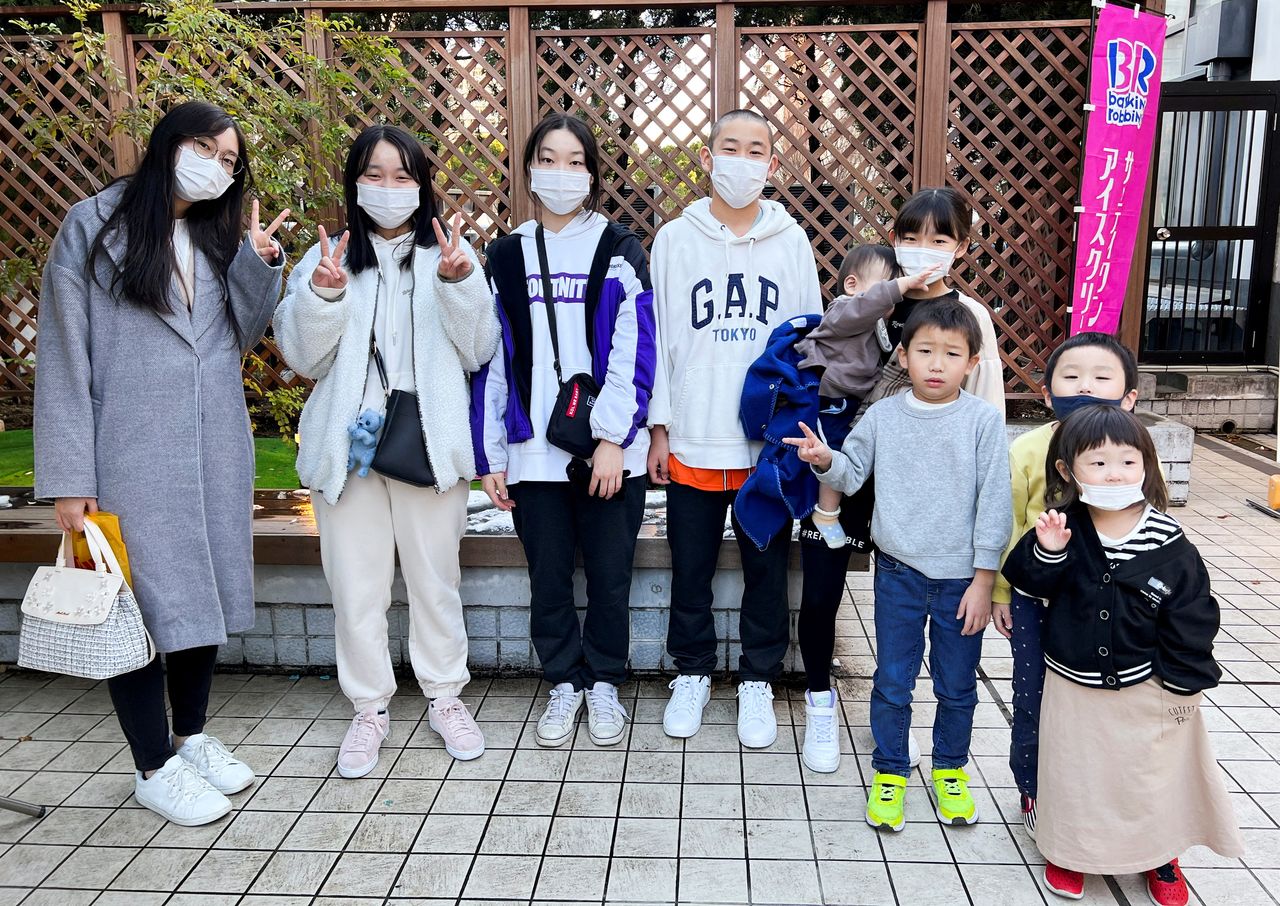 Children of Keiki Nambu and his wife Takako pose for a photograph during their family shopping, amid the coronavirus disease (COVID-19) pandemic, in Tokyo, Japan January 7, 2022. Picture taken January 7, 2022. REUTERS/Akiko Okamoto