BEIJING (Reuters) -In a reversal of fortunes from the last Olympic Games, American Nathan Chen scored a world record in the figure skating short programme in Beijing on Tuesday, giving him a massive lead over a shocked Yuzuru Hanyu in their quest for the gold medal.

At the Pyeongchang Games in 2018, Chen -- also a gold-medal favourite then -- had finished the short programme in 17th after a disastrous, error-strewn performance, while Japan’s Hanyu went on to win his second consecutive Olympic gold.

“I feel really shocked,” Hanyu said, appearing lost for words after a short programme in which he failed to jump his opening quadruple Salchow -- a rare trip-up that he attributed to a divot in the ice.

“It was an unlucky way to make a mistake, but it can’t be helped and I need to be okay with this (going into the free skate final),” he said. “I’ll do my best ... the rest, God only knows.”

In contrast, Chen, skating to Charles Aznavour’s La Boheme in a tuxedo costume, landed all of his elements, including two quadruple jumps, flawlessly, leaving the triple world champion celebrating with fist pumps at its conclusion.

“I would say it was pretty close to my best,” said the 22-year-old, who had also marked a personal best last week in the team event.

Asked if he felt it was redemption for 2018, Chen said: “Certainly. It definitely means a lot to be able to have another opportunity to do the short programme, and with two short programmes that I am very satisfied with compared to the last time.”

He said he had been aware of Hanyu’s performance before his turn.

“You can never really count out any of these athletes,” Chen told reporters.

“The competition is not one programme. Whatever happened in the short programme is not indicative of what will happen in the free programme.”

Japan’s rising-star, 18-year-old Yuma Kagiyama, was in second place after setting a new personal best of 108.12, followed by compatriot Shoma Uno with 105.90.

Absent from the rink was American Vincent Zhou, who announced https://www.reuters.com/lifestyle/sports/figure-skating-american-vincent-zhou-tests-positive-covid-2022-02-07 in a tearful Instagram video that a positive COVID-19 test would keep him out of the competition. Zhou finished sixth in Pyeongchang and beat Chen for the gold medal at the Skate America Grand Prix in October.

The daily coronavirus screening has been a constant concern for athletes, some of whose travels were delayed by early positive results.

Canadian Keegan Messing was one of them, landing a day before competition and placing ninth in the short programme. 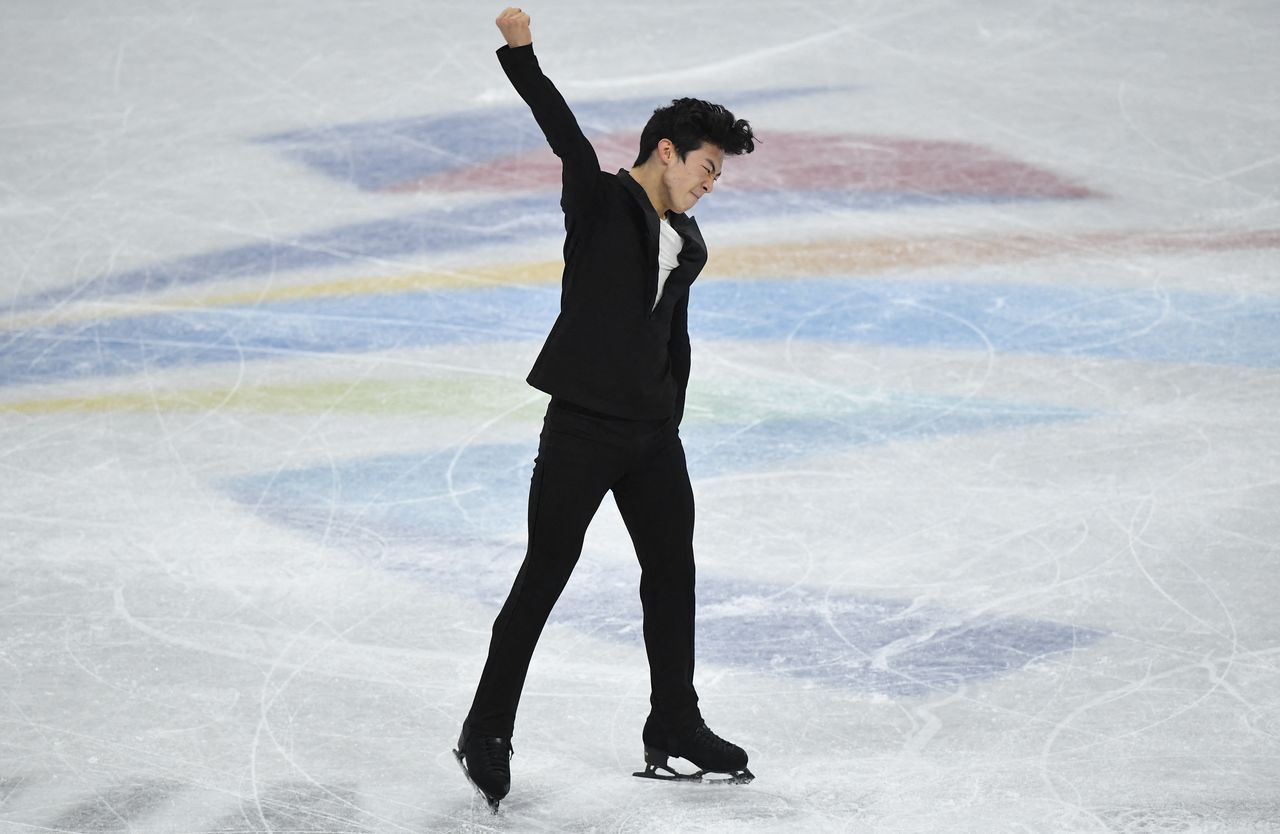 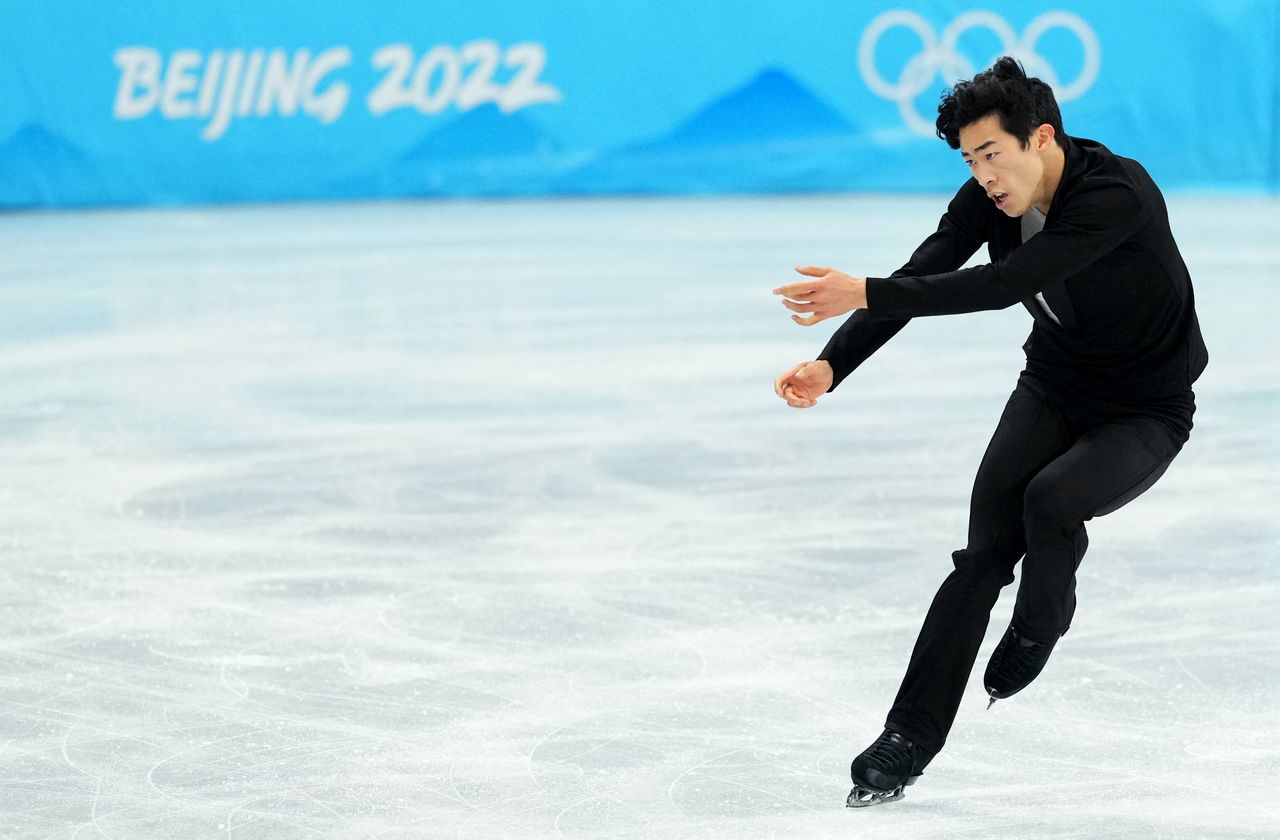 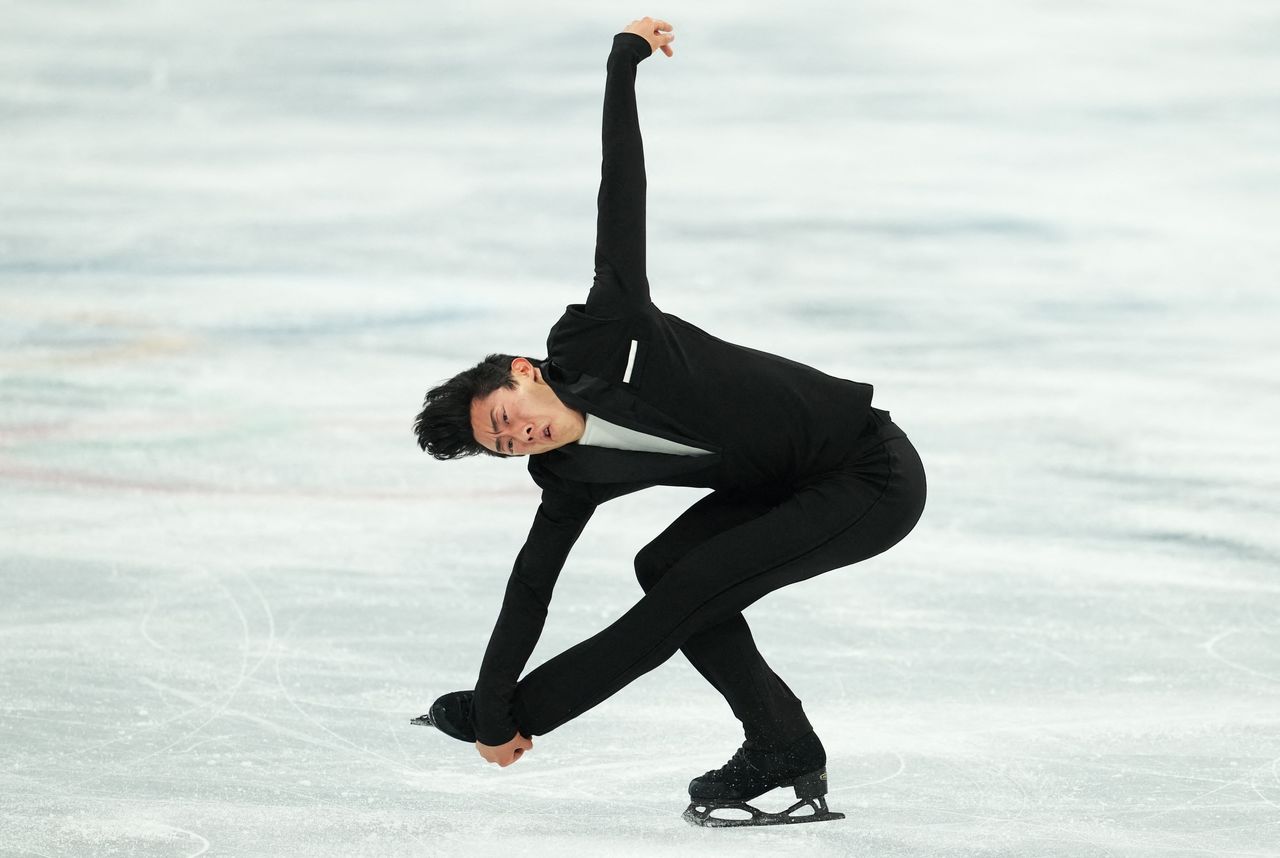