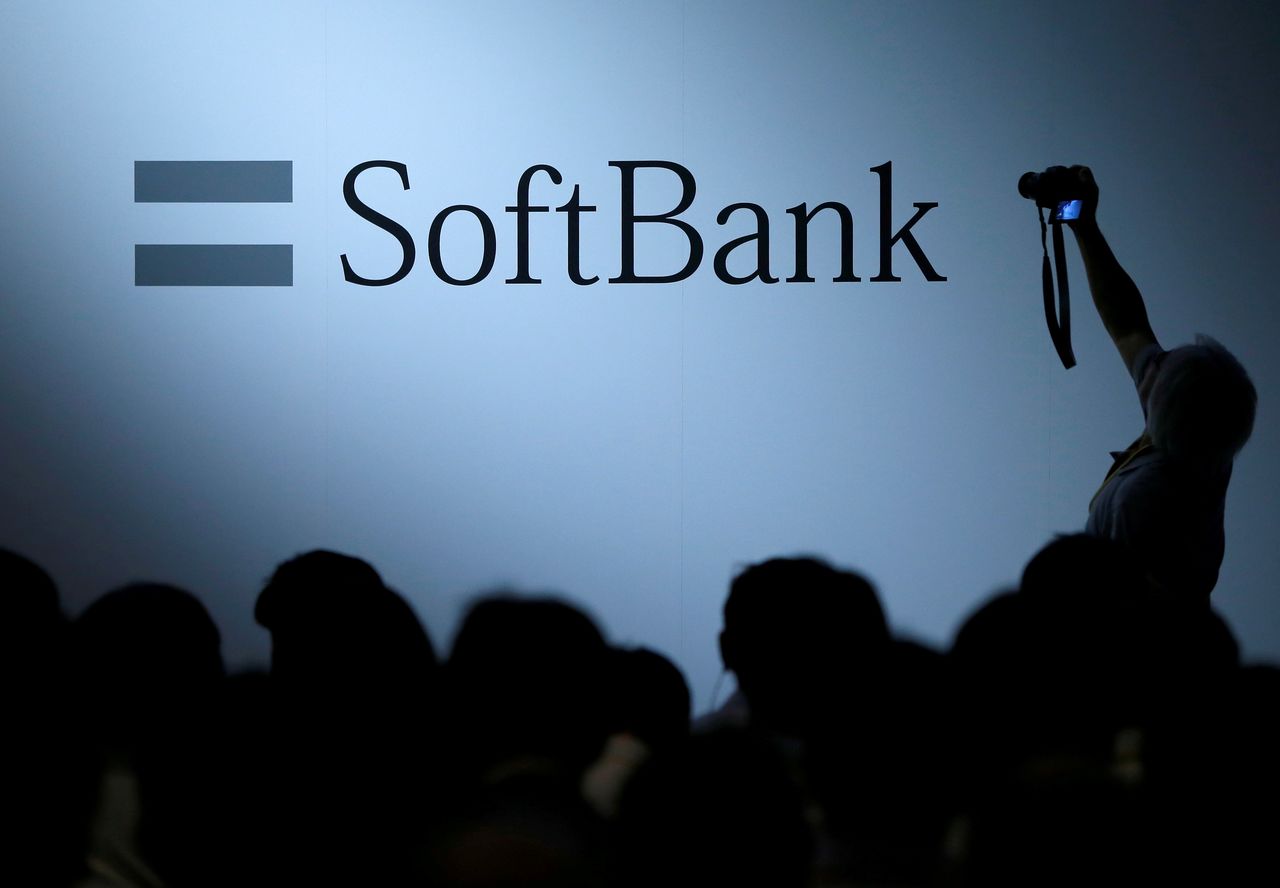 TOKYO (Reuters) - SoftBank Group Corp reported a 97% drop in quarterly profit and the collapse of a deal worth up to $80 billion to sell chip designer Arm on Tuesday, adding to pressure on the Japanese conglomerate to boost its sagging shares.

Masayoshi Son's investment giant reported a net profit of 29 billion yen ($251 million) in the October-December quarter versus a record 1.2 trillion yen a year earlier when its tech portfolio rallied.

SoftBank said it has dropped the sale of chip designer Arm to U.S. firm Nvidia due to regulatory hurdles. The scrapped deal marks a major setback for SoftBank's fund-raising plans as valuations again come under pressure from both growing investor caution and China's regulatory crackdown on tech firms.

"We were in the middle of a blizzard and the storm has not ended, it has got stronger," Son, SoftBank's founder and chief executive, told a briefing following the results.

SoftBank has also been whiplashed by exposure to China with shares of e-commerce giant Alibaba, in which SoftBank has a stake, dropping by a fifth last quarter.

"Even though some of the public companies have come down in value, there have been significant follow-on funding rounds where outside institutional investors have led those rounds," Vision Fund Chief Financial Officer Navneet Govil told Reuters.

SoftBank launched a 1 trillion yen buyback in November. Group shares closed down 0.9% ahead of the earnings and have lost about half their value since highs hit in March 2021.

Many SoftBank portfolio companies are trading below their listing price, with office-sharing firm WeWork, ride hailer Grab and used-car platform Auto1 all down last quarter.

Such assets can be sold down or used as collateral for loans as SoftBank invests through its Vision Fund unit, which runs the $100 billion Vision Fund and a smaller second fund and has become the priority for the group.

Vision Fund 2 had $51 billion in committed capital at the end of 2021 and has invested $43.1 billion in more than 200 startups by cutting smaller cheques.

"Its easier for us to enter and exit and the cycle gets faster," Son said.

The Vision Fund unit has distributed $44.2 billion to its limited partners across both funds.

Industry observers have noted a disconnect between frothy private markets and scepticism in public markets.

"We are seeing some healthy rebalancing... at some of the more extreme ends of the market," Govil said. "We did turn down quite a few transactions because we thought valuations were rich."

Tuesday's earnings come at a watershed moment for the conglomerate as senior executives exit the firm, including Chief Operating Officer Marcelo Claure, who led the restructuring of WeWork and launched the group's Latin American-focused fund.

The departures have refocused attention on the 64-year-old Son's succession plans. The billionaire said he recently went bowling and scored highly in two games.