BRUSSELS (Reuters) - France, facing a presidential election in weeks, has halted moves to clear an EU trade deal with Mexico which would allow in 20,000 tonnes of beef imports and wants to make it tougher to access the bloc's markets, diplomats say.

Interbev, France's meat federation, has urged Macron to oppose the deal and block ongoing negotiations that could lead to further "ultra-competitive" meat imports from the likes of Australia, New Zealand or the Mercosur bloc, comprising Argentina, Brazil, Paraguay and Uruguay.

Conveniently, France holds the rotating presidency of the bloc for the first half of the year, giving it the chance to steer EU policy.

One trade agreement that would normally have been put to EU governments for approval is the update of an existing deal with Mexico, signed in 2020, which would allow in 20,000 tonnes of beef imports.

Trade talks were indeed suspended with Australia after French fury over a cancelled submarine contract. France also put on hold the conclusion of negotiations to modernise its trade deal with Chile, according to EU diplomats and officials.

"The (EU) Commission has accepted, due to the importance of the election and the sensitivities around trade and globalisation, that nothing will get through. It's frustrating. We can complain, but this is how it is," said one EU diplomat.

A French government spokesperson said it was not France holding up trade deals.

Trade Minister Franck Riester points to Chile having a new president, who only begins in March and whose administration will need to work with the Commission to finalise a deal. The Mexican agreement is in the hands of the Commission, he said.

A PAUSE OR A DAMAGING DELAY?

Paris is not without allies. Some EU countries, with sizeable farm sectors to protect, are quietly backing Paris. Many EU lawmakers also favour greater reciprocity and trade based more on European values.

Some diplomats and trade experts believe this is just a pause given the next holders of the EU's rotating presidency are the more free trade-minded Czech Republic and Sweden.

Others say it undermines the bloc's credibility among trade partners, who spend years negotiating deals with the Commission, only to find it taking years more for it to be sold to EU lawmakers and governments.

There is also a matter of timing, in terms of the leaders, domestic politics and the electoral cycle.

"The question is whether the stars are aligned. For the EU deals with Japan and Vietnam they were aligned, but it may not have happened again," said Hosuk Lee-Makiyama, director of trade think tank ECIPE.

By contrast, France is enthusiastic on more protective trade measures.

It wants agreement by early March on legislation designed to limit foreign bidders for EU public procurement contracts if their own countries do not reciprocate.

It is also keeping a keen eye on a review of conditions for striking a free trade agreement with Europe.

The latter centres on environmental and labour standards that the bloc insists its free trade partner must uphold. France though has raised eyebrows with its talk of a need for "mirror clauses".

Riester says such clauses already exist in bans on growth hormones in meat or plans to limit trade in products linked to deforestation. Other EU members are concerned they could go much further, deterring would-be partners that would need to mirror EU working practices with no EU commitment to mirror theirs.

Bernd Lange, the influential head of the European Parliament's trade committee, said the EU was learning, along with other economies, that trade policy needed to take workers and the environment more into account.

"The old-fashioned theory of trade based on Ricardo and Smith, that you just withdraw trade restrictions and growth will come, benefiting everybody, is quite wrong," he said.

(Reporting by Philip Blenkinsop; additional reporting by John Chalmers in Brussels and Leigh Thomas in Paris; editing by Mark John and Nick Macfie) 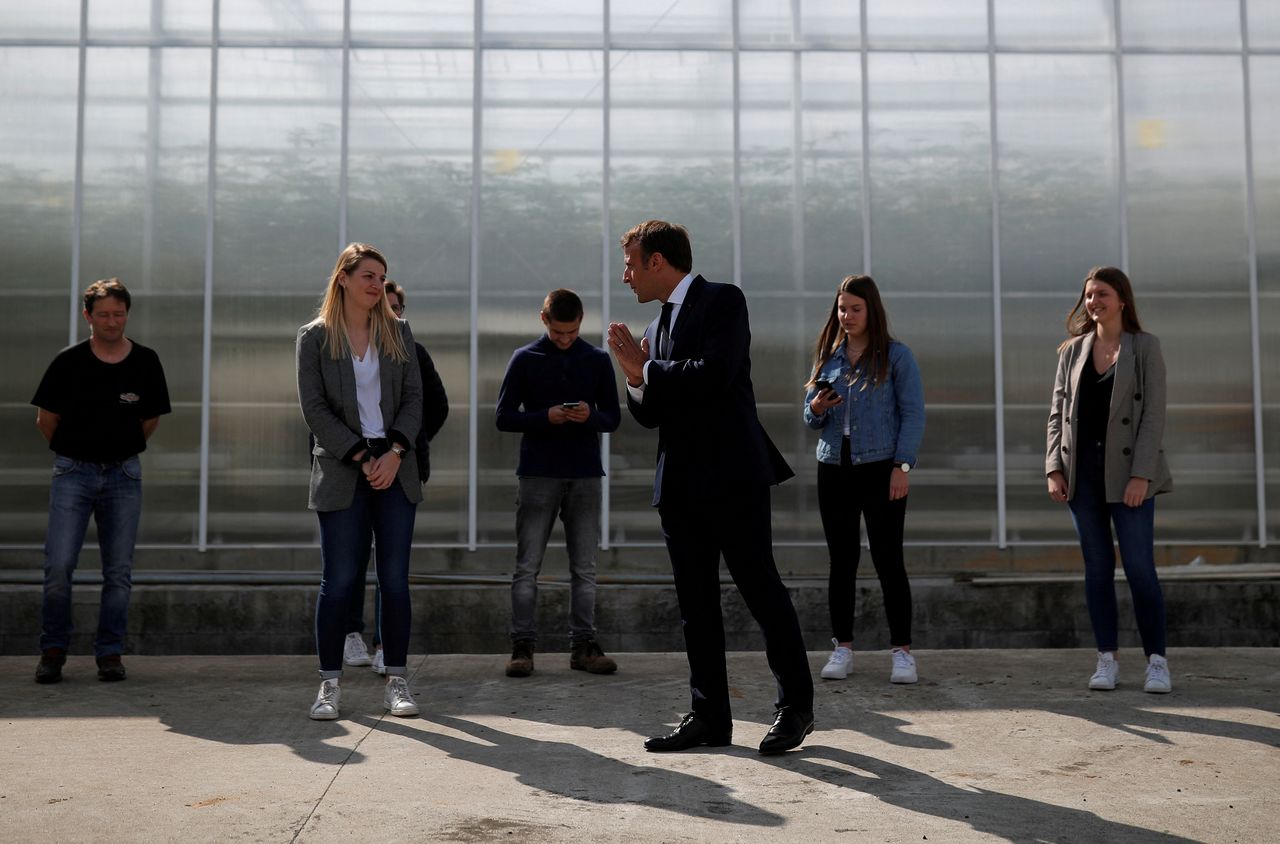 FILE PHOTO: French President Emmanuel Macron waves to farmers and workers as he visits the Roue farm in Cleder during a day trip centered on agriculture amid the coronavirus disease (COVID-19) outbreak in Brittany, France, April 22, 2020. REUTERS/Stephane Mahe/Pool/File Photo 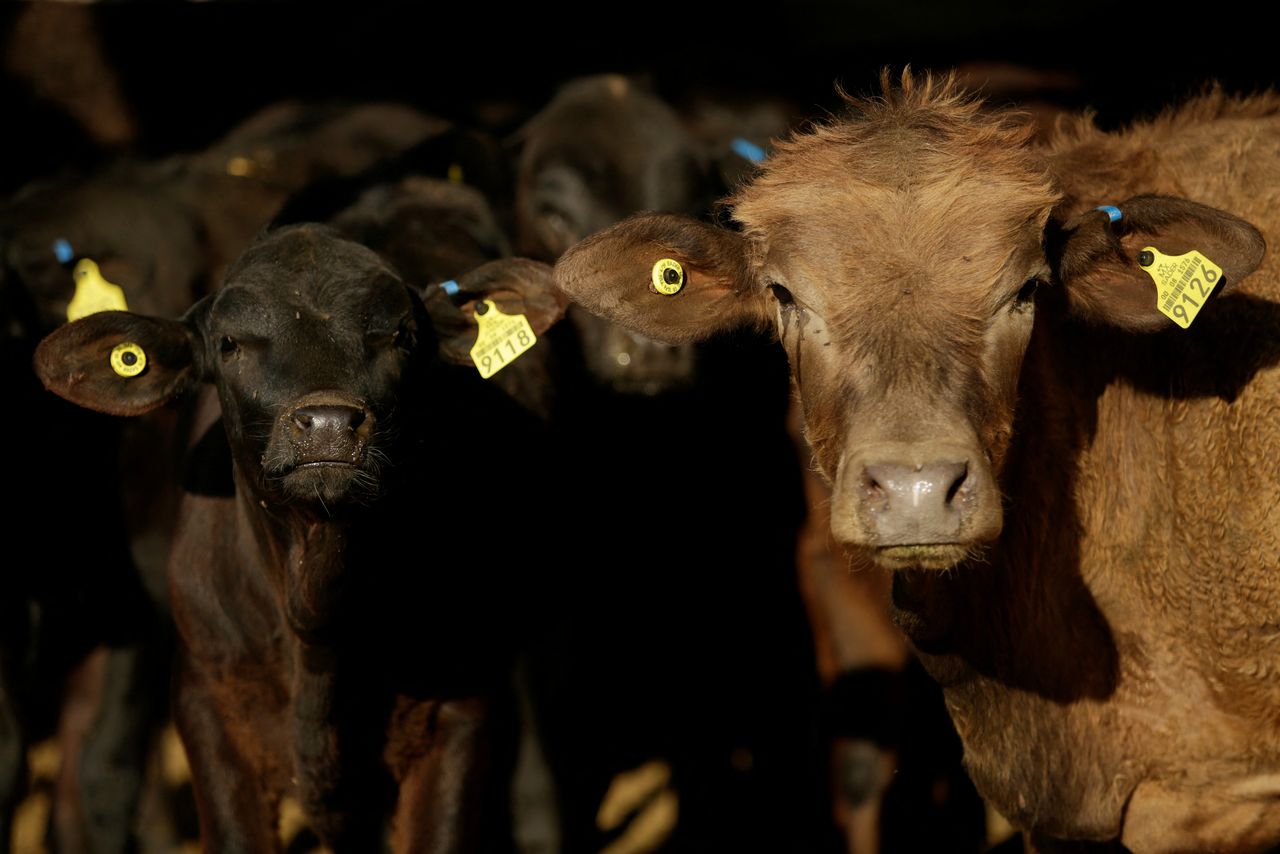 FILE PHOTO: Certified beef cattle are pictured in the town of San Agustin, on the outskirts of Ciudad Juarez, Mexico, May 13, 2020. REUTERS/Jose Luis Gonzalez/File Photo