BEIJING (Reuters) - The start of the Beijing Winter Olympics has triggered a gold rush for winter sport goods in China, with online purchases of equipment and clothing from brands such as Anta Sports and Descente surging, and physical stores stripped bare.

The Chinese e-commerce firm JD.com’s said sales of ski products on its platform for the period from Jan. 31 to Feb. 4 - the day of the opening ceremony - tripled from the same period last year. Ski goggle sales jumped 15 times and sales of figure skates and ice hockey sticks also jumped.

Over the same period, sales of ski equipment and skating products on Alibaba Group’s Tmall marketplace rose 180% and 300% respectively, the company said.

Sales of down jackets made by China’s Anta and Descente of Japan in the same period doubled from the previous year, JD.com said.

Huang Xiaohu, a 34-year-old businessman in the northeastern city of Dalian, said he had driven to his local Decathlon store the day after the ceremony in search of a snowboard and ski clothes, only to leave empty-handed.

“Everything was sold out,” he said. “There were only socks left, but the choice of those was limited too.”

Xiaohongshu, an Instagram-like lifestyle content platform, reported a spike in searches for Team Canada’s red and white outfit and its manufacturer Lululemon after the opening ceremony.

Makers of winter sports garments and equipment have been rushing to expand their presence in the world’s second-largest economy, betting that the Olympics kindle enthusiasm beyond the Feb. 20 close in a nascent market.

U.S.-based Spyder, KJUS and Mammut of Switzerland, Helly Hansen of Norway, Templa of Belgium, and Rossignol and Fusalp of France are among brands that have expanded into China in the last two years, while Goldwin of Japan and Head Sportswear of Austria opened their first stores in China in late December.

China hopes the Games turn it into a winter sports power: President Xi Jinping has set a target of getting 300 million Chinese involved in ice and snow sports, with the aim of building a 1 trillion yuan ($150 billion) industry.

German fashion group Bogner, which makes upmarket winter jackets and ski wear, opened its first self-operated store in Beijing late last year and aims to open more 80 brick-and-mortar stores in China in partnership with Chinese brand Bosideng by 2025 that will sell two of its brands, Bogner and Fire+Ice. 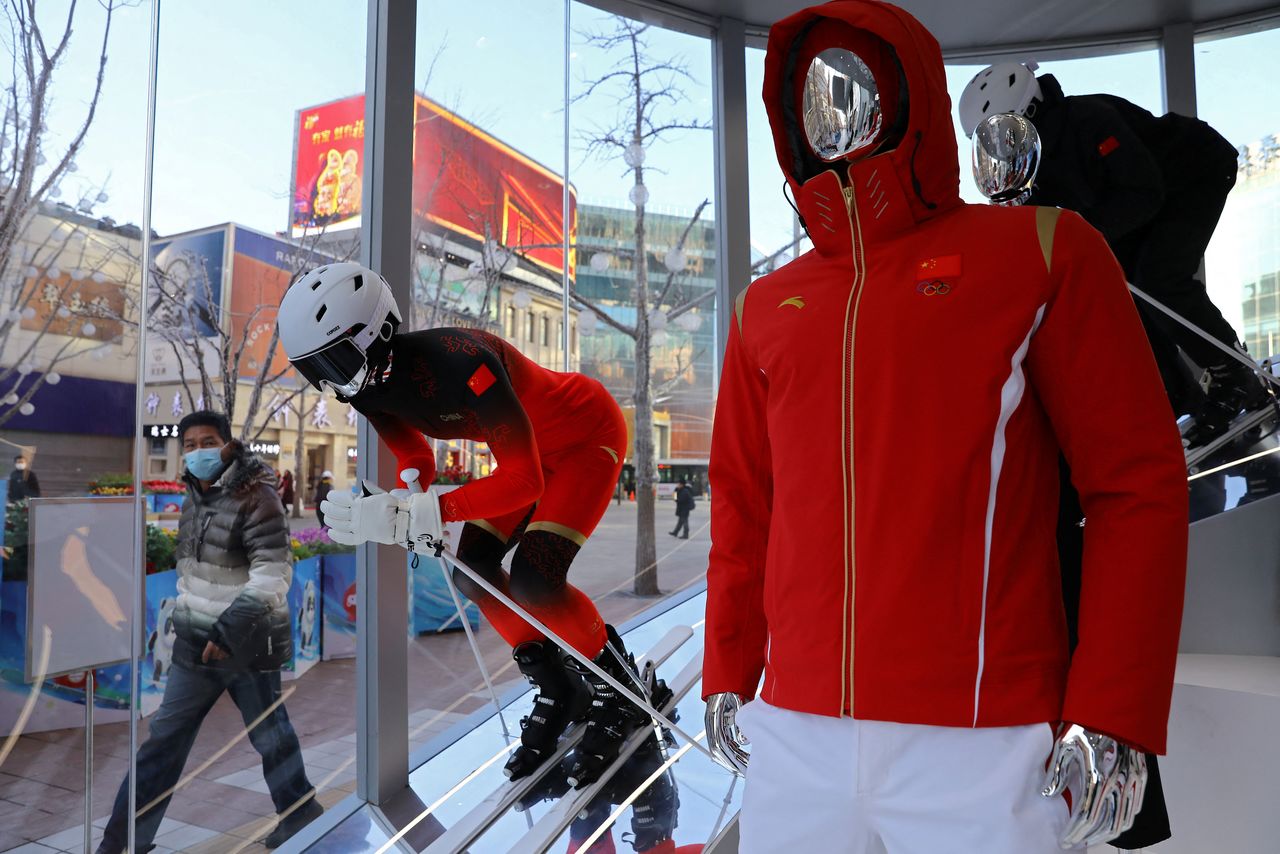 A man walks past an Anta pop-up booth displaying the company’s design for the Chinese national team during the Beijing 2022 Winter Olympics, on a shopping street in Beijing, China January 25, 2022. Picture taken January 25, 2022. REUTERS/Tingshu Wang 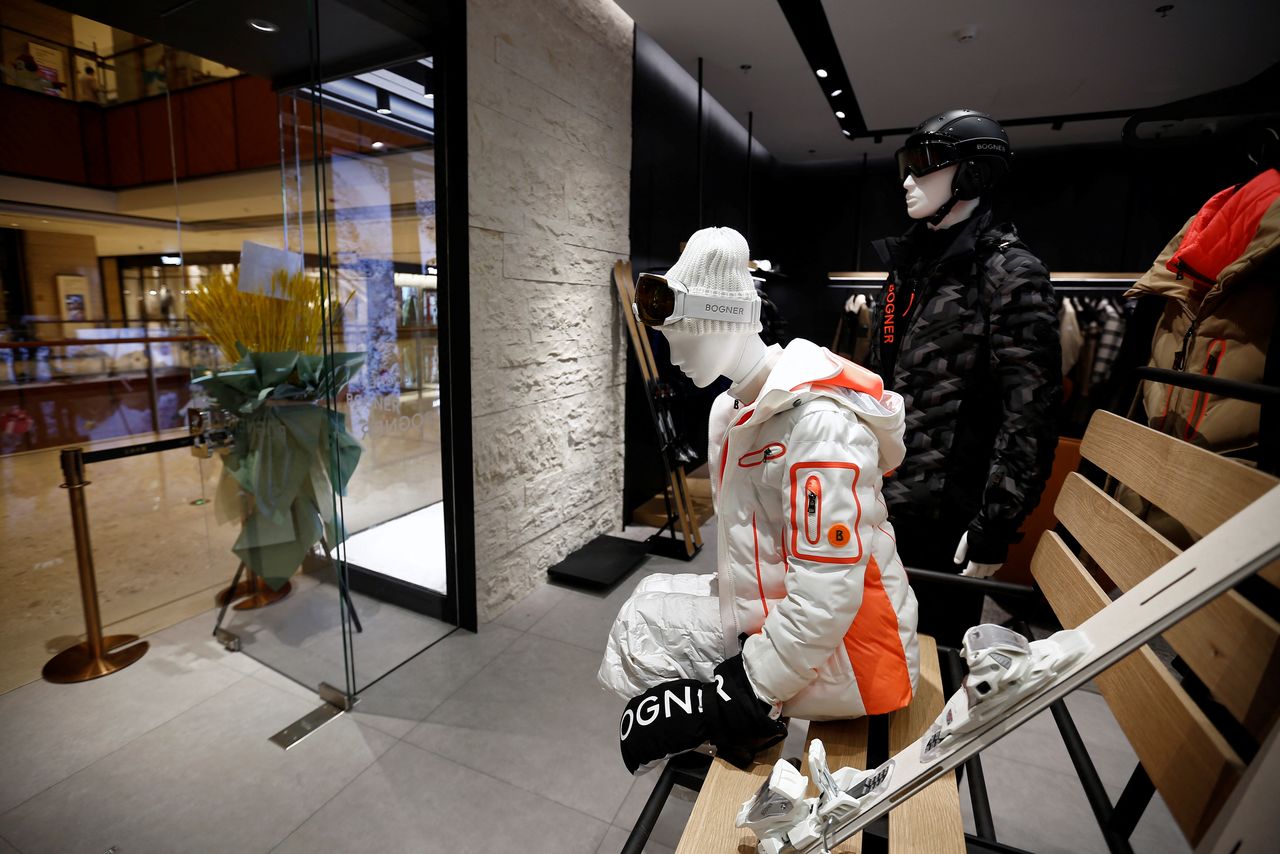 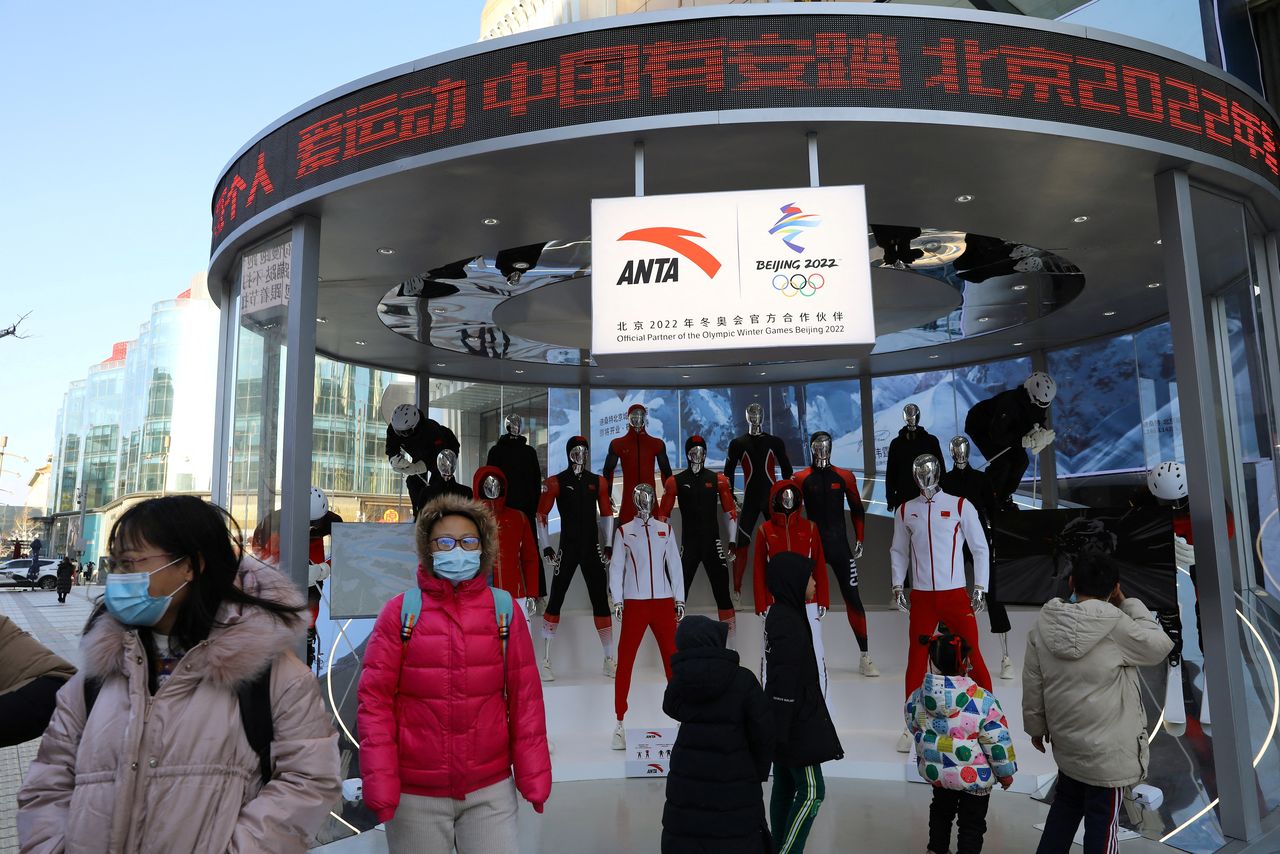 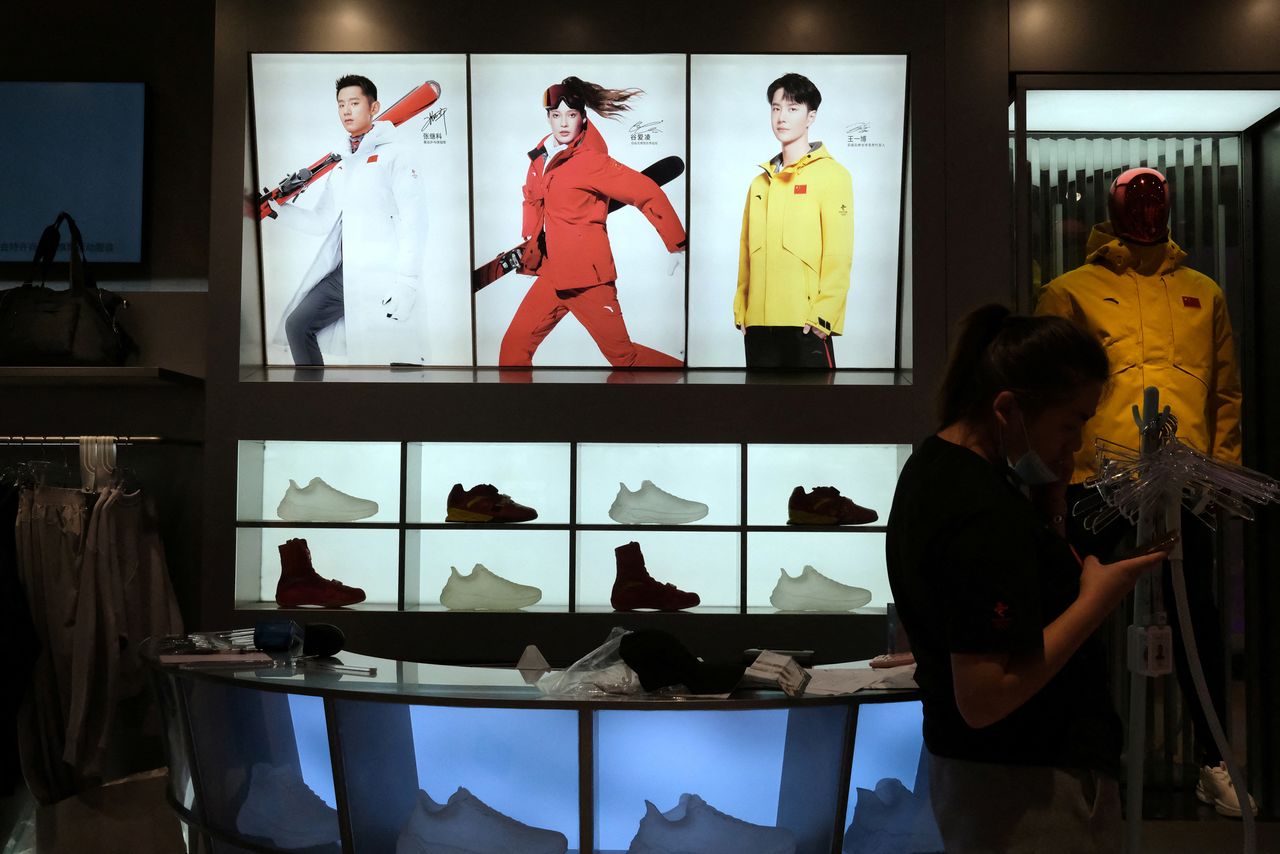 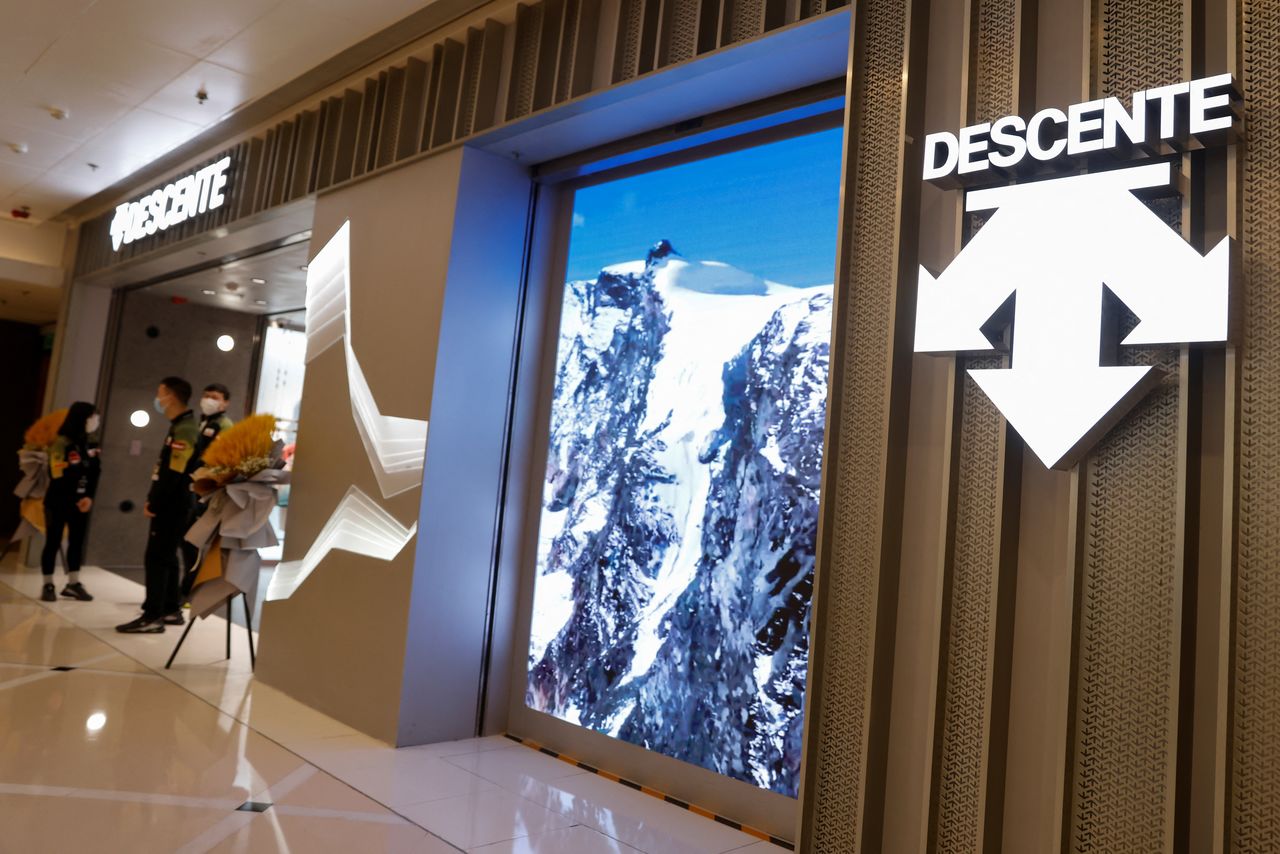 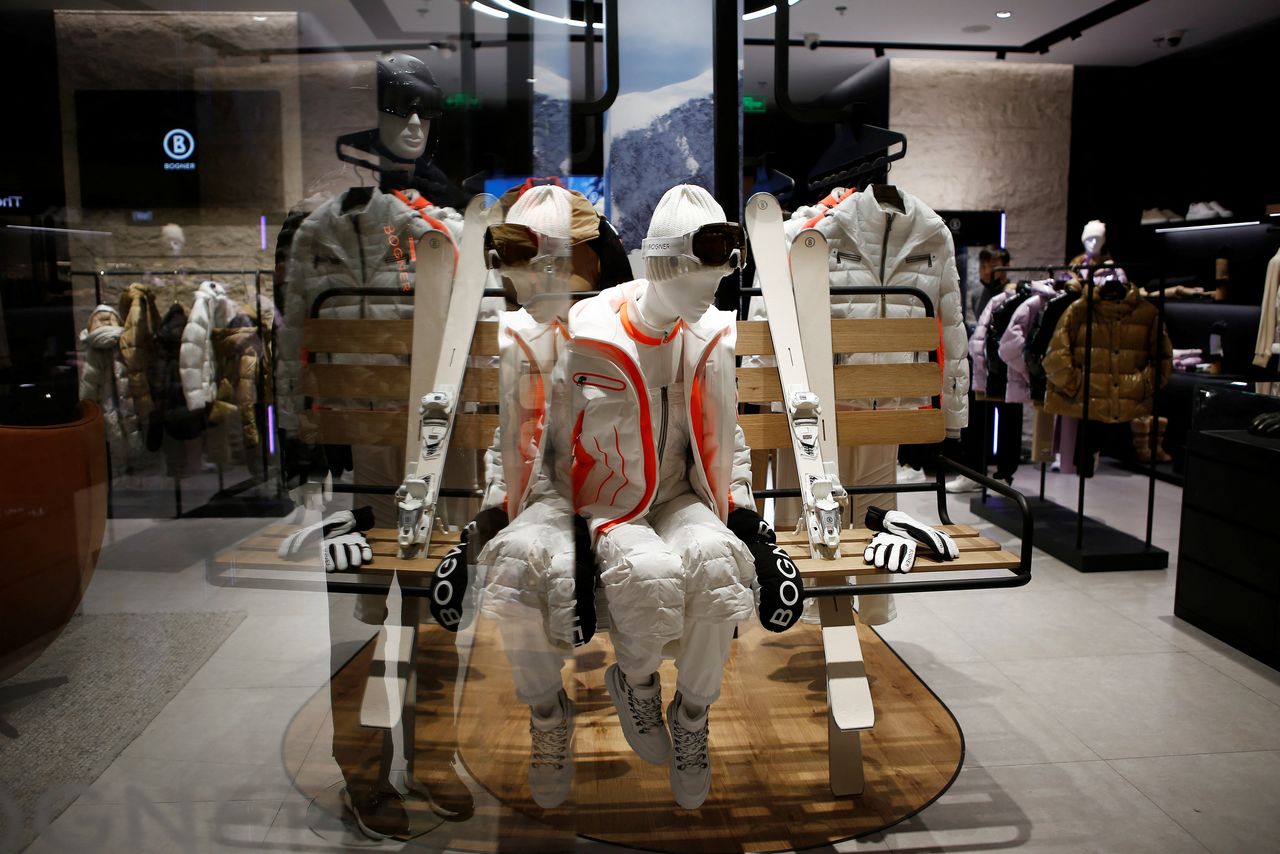