The Chinese capital claimed the San Francisco-born Gu as a daughter of Beijing after she pulled off an impressive "1620," a trick she had never done before in competition, to beat French skier Tess Ledeux.

The 18-year-old said she would celebrate by eating a chocolate bar by San Francisco confectioner Ghirardelli, play the piano and write in her journal before getting back to practice ahead of her slopestyle event on Feb 14.

"I brought a package of holiday-themed peppermint bark Ghirardelli chocolate, so I'm going to open that today. I've been saving it for my first final. It's kind of an exciting moment," she told reporters.

Gu's gold, along with podium-topping performances by speedskater Ren Ziwei and his mixed team relay compatriots, put China temporarily at the top of the medal tally on Tuesday.

The country has won three golds and two silver medals since the opening ceremony on Friday night.

Other glittering performances on the slopes and ice included Austrian Matthias Mayer, who became the first man to win an Alpine skiing gold at three consecutive Games after claiming the super-G title.

American Nathan Chen shocked Japan's "Ice Prince" Yuzuru Hanyu with a world record in the figure skating short programme, giving him a massive lead in their battle for the gold medal.

Despite enormous obstacles created by the COVID-19 pandemic, Beijing's snow spectacle has triggered an early gold rush for winter sports goods in China, with online purchases of equipment and clothing from brands such as Anta Sports and Descente surging.

Olympic fever has even spread to China's stock market with a buying frenzy unleashed on shares linked to the Games.

Organisers on Tuesday said more local spectators would be invited to watch, in a show of confidence that COVID-19 is under control within the closed loop that separates Games personnel from the Chinese public.

Watching Gu from the stands on Tuesday was Chinese tennis player Peng Shuai, whose whereabouts became a cause for international concern in November when she appeared to accuse a party official of sexual assault.

Peng was seen in the stands wearing a black knit hat with the Olympic rings on them, a black coat with the Chinese flag and a mask with the Beijing 2022 logo.

Gu said she was honoured by her attendance.

"I'm really grateful that she's happy and healthy and out there doing her things again," an ebullient Gu said after her win.

The freestyle skier was less forthcoming about whether she still holds a U.S. passport, refusing to directly answer questions about her citizenship.

China does not allow dual nationality, and state media have previously reported that the 18-year-old renounced her U.S. citizenship after she became a Chinese national at the age of 15. Gu would not confirm that on Tuesday.

That did not stop host city Beijing from claiming the U.S. born Gu as its own, calling her "a Beijing athlete" in a congratulatory note on its official Wechat account after her victory. Gu's mother was born in Beijing.

Moments after her dazzling performance, the ruling Chinese Communist Party's powerful graft watchdog released an exclusive interview with Gu, an unusual move for the party organ whose primary function is to catch and condemn members who have broken party rules and ethical codes.

Gu was asked about her love for free-style skiing, the influence her mother had on her and the Chinese food she likes. The answer is Peking duck and tomato-based hotpot.

Other government or party units normally unconcerned with sports, such as the Political and Legal Affairs Commission of a small city in Gansu province, the Management Committee of Kunming Economic Development Area, and the Guangzhou Railway, all made breathless posts complete with multiple exclamation marks on their official Weibo accounts.

In the first hour after her triumph, Gu topped the "hot search chart" on Weibo, China's Twitter-like social media, with seven of the top 10 searches about Gu.

But by the afternoon, figure skater Hanyu had replaced Gu as the most searched topic after his unexpected error.

(Reporting by Olympics correspondents and the Beijing bureau; Writing by Leela de Kretser; Editing by Tony Munroe and Ken Ferris) 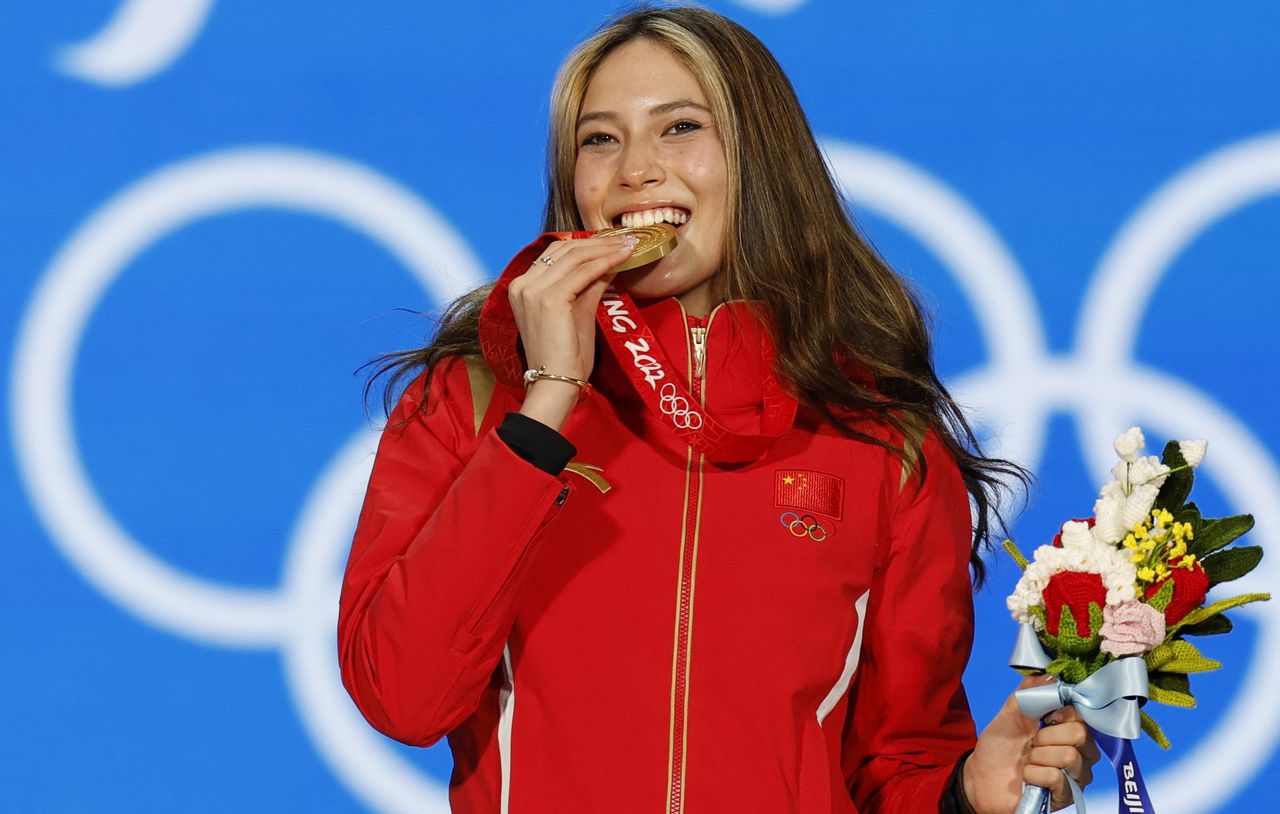 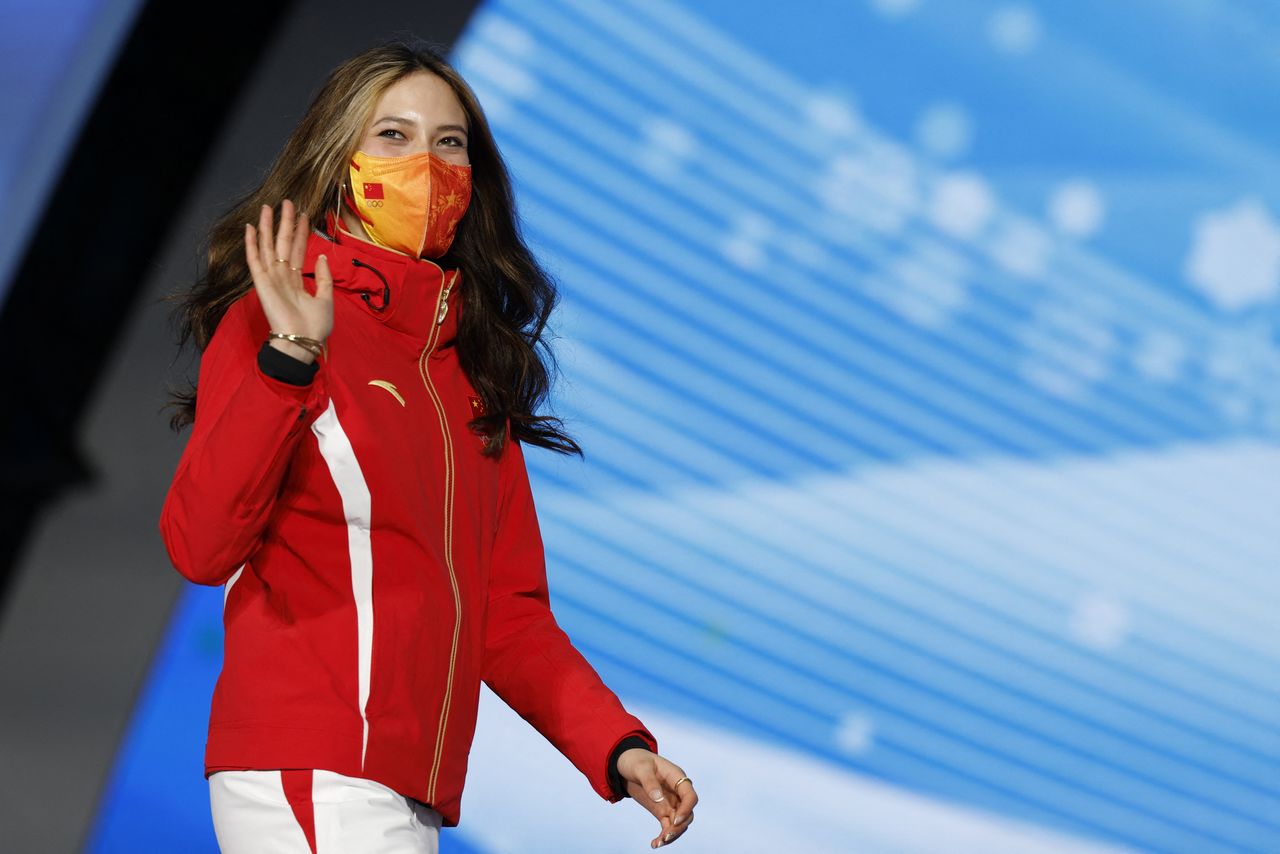 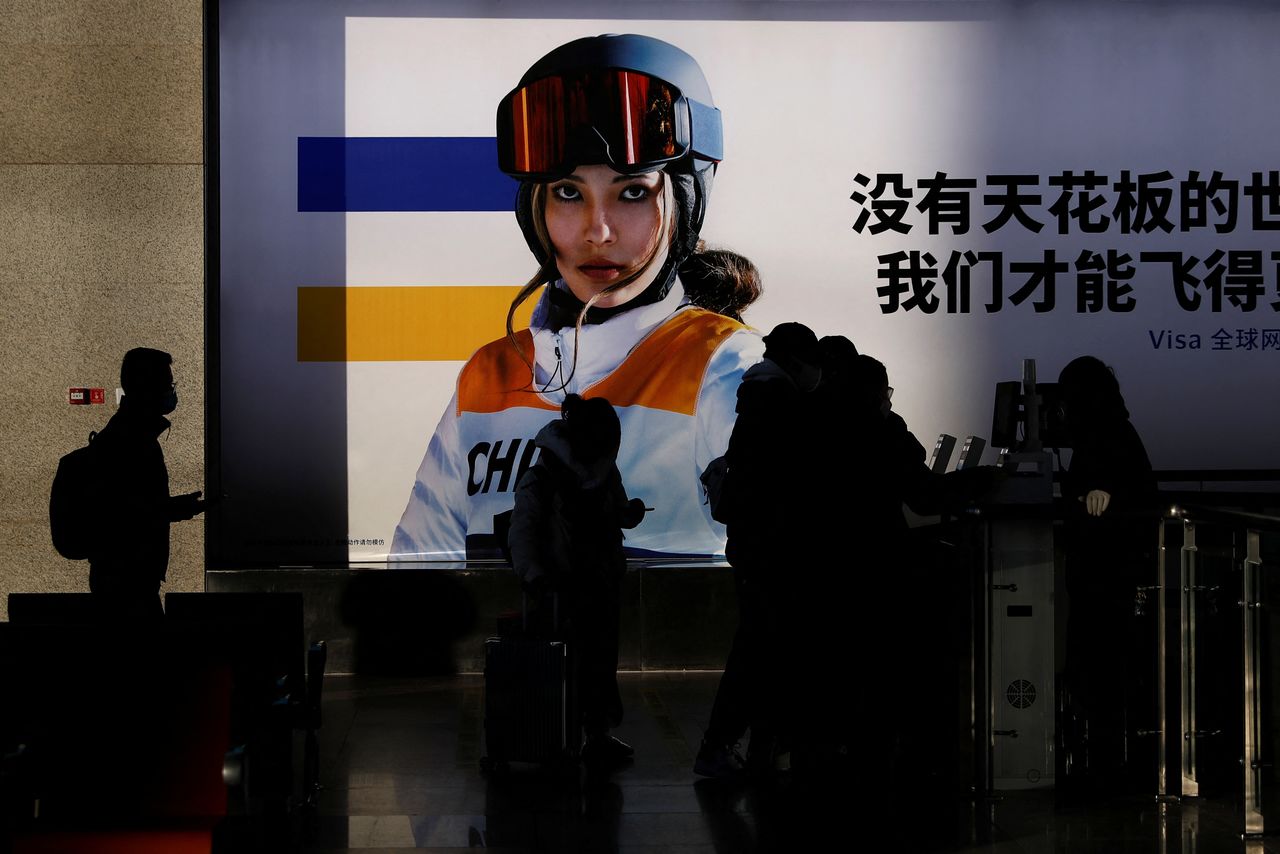 People line up to board a train near an image of freestyle skier Eileen Gu at a railway station ahead of the Beijing 2022 Winter Olympics, during the Chinese Lunar New Year holiday, in Beijing, China February 3, 2022. REUTERS/Tingshu Wang