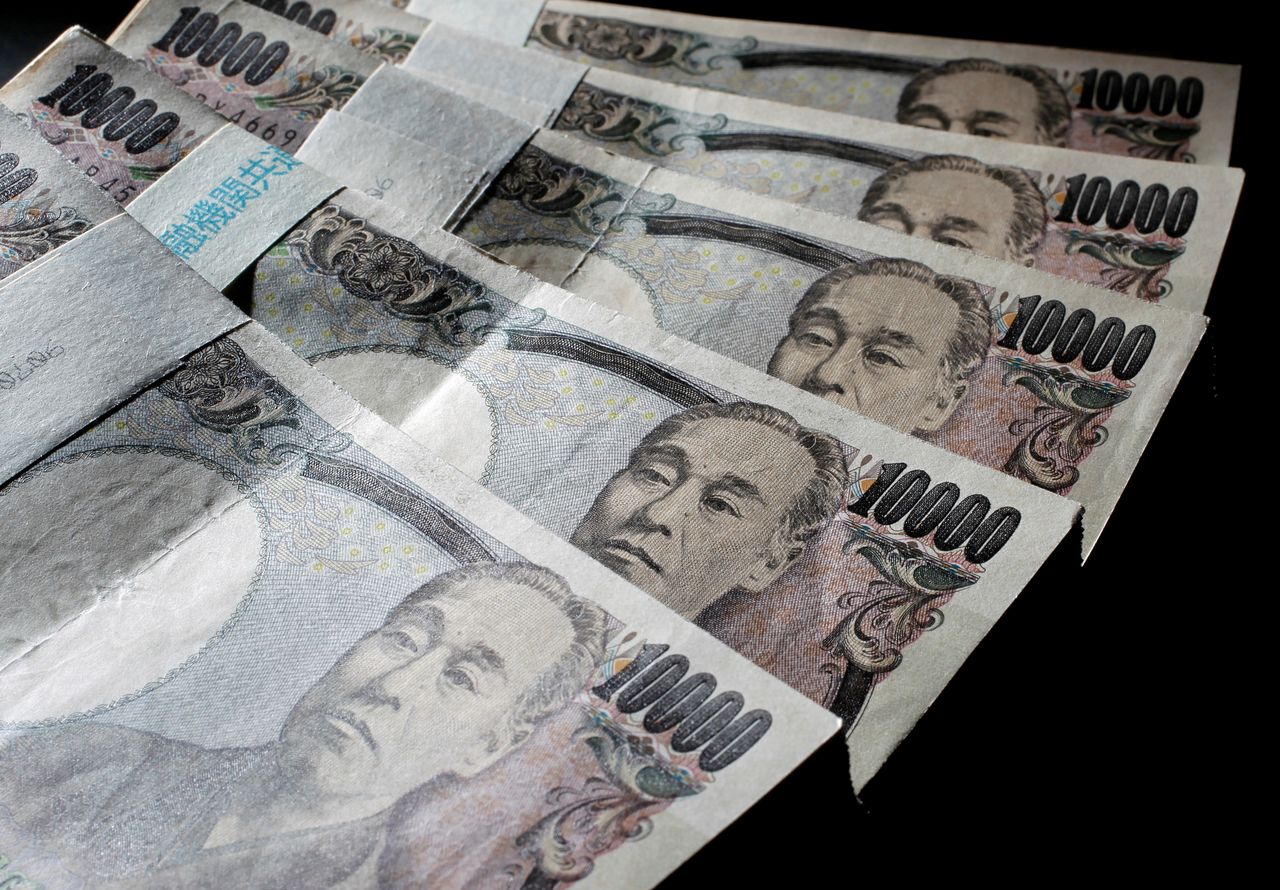 TOKYO (Reuters) - The total amount of money circulating in Japan hit a fresh record for the 11th straight month in January, data showed on Wednesday, as huge monetary stimulus and government spending to combat the COVID-19 pandemic work their way through the economy.

But the annual pace of increase slowed to the lowest since April 2020 due to the base effect of a sharp jump in deposits last year, when households and firms hoarded cash to cope with curbs on economic activity to combat the pandemic.

Japan's M3 money supply, a broad measurement of the amount of money available in the economy, rose 3.3% in January from a year earlier, Bank of Japan data showed, slowing from a 3.4% gain in December.

The total balance extended a record high at 1,534.5 trillion yen ($13.29 trillion), which is roughly triple the size of Japan's economy, the data showed.

The BOJ has pledged to maintain its massive monetary stimulus and keep printing money to stimulate the economy, even as other central banks eye an exit from ultra-loose policy.