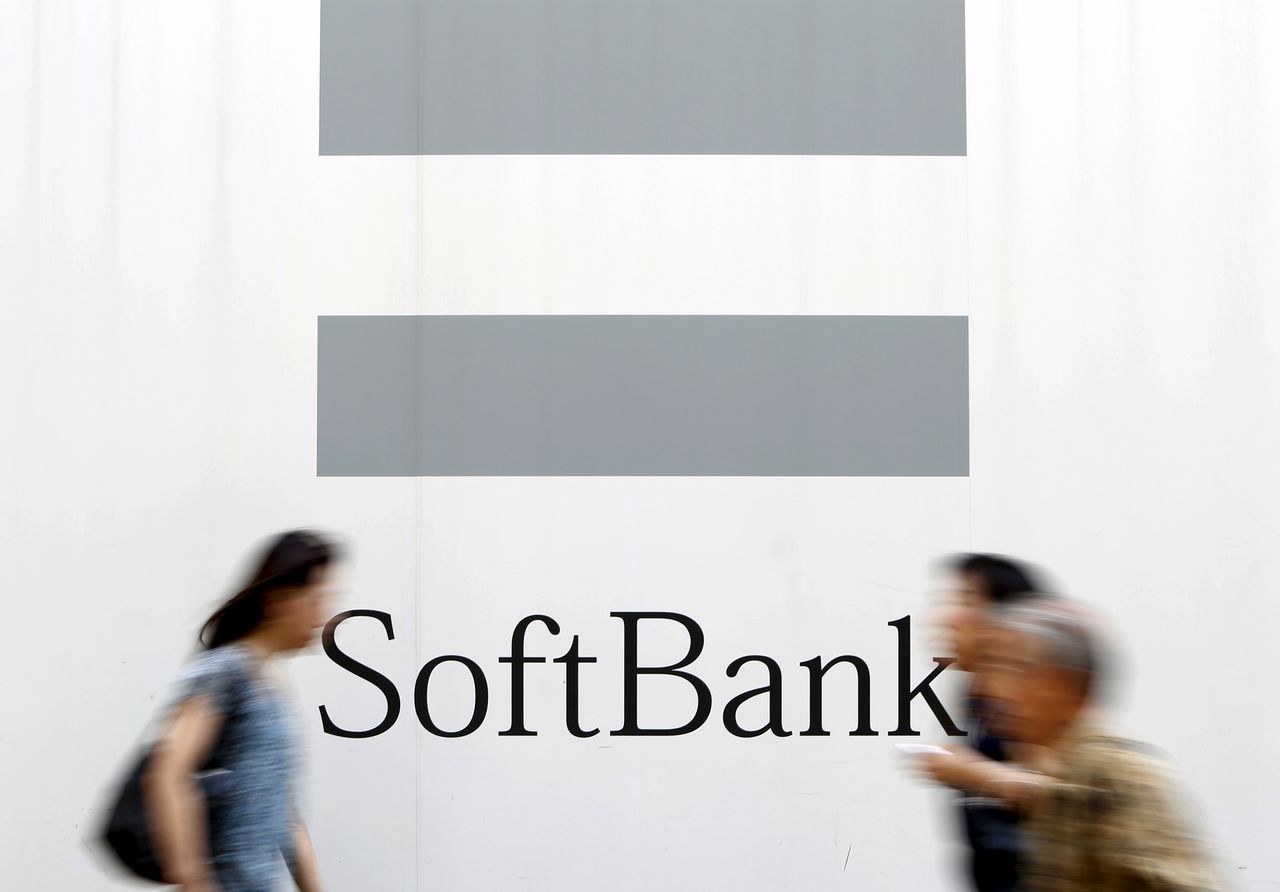 FILE PHOTO: People walks past a logo of SoftBank Corp on a street in Tokyo, Japan, August 6, 2015. REUTERS/Yuya Shino

TOKYO (Reuters) - Japan's SoftBank Group Corp said on Wednesday there was no link between Alibaba registering a U.S. share facility and any specific plans to sell down its stake in the Chinese e-commerce giant.

"The registration of the ADR conversion facility, including its size, is not tied to any specific future transaction by SBG," SoftBank said in a statement to Reuters.

SoftBank has previously used its Alibaba shares as collateral for loans and trimmed its stake using derivatives to capture upside from any rise in the company's stock price.

In a fresh research note on Wednesday, Citi said Alibaba might have registered in advance a large number of ADS to support future plans of shareholders to convert the company's Hong Kong stocks to those listed in New York.

SoftBank Chief Executive Masayoshi Son told analysts he was "surprised" and had not requested the Alibaba filing, a person familiar with the matter said on condition of anonymity.

Despite its 25% stake in Alibaba being worth about $82 billion, SoftBank is valued at just $84 billion and there has been speculation that the Japanese firm may monetize more of the holding, which began with a $20 million investment in 2000.

Alibaba's shares have fallen about 60% from highs in October 2020, amid a regulatory crackdown against tech firms in China.

SoftBank's fund raising plans were dealt a major setback this week after it abandoned plans to sell chip designer Arm to Nvidia. The group is still investing through its Vision Fund unit and buying back shares.

SoftBank's shares are down by about half from highs in March last year. The group squeezed out a profit in the October-December quarter after an upswing in valuations in Vision Fund's private assets offset falling shares in its listed portfolio.

The group's loan-to-value ratio is being closely watched after it rose to 22% from 19% three months earlier as the net value of SoftBank's assets fell and debt rose. Son has pledged to keep the ratio below 25% in normal times.