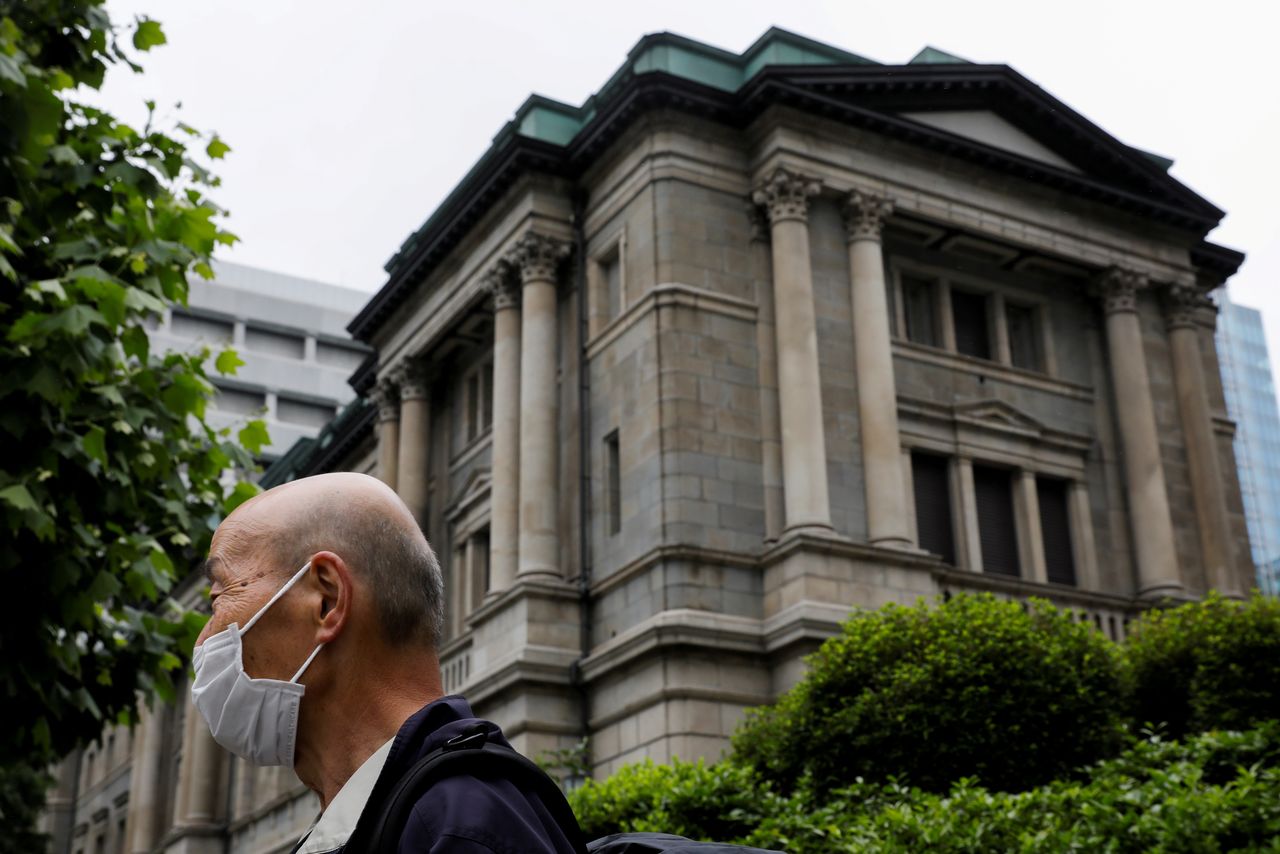 By Takahiko Wada and Leika Kihara

TOKYO (Reuters) - A surge in deposits caused by the government's huge cash payouts is straining some Japanese lenders, complicating the central bank's efforts to mitigate the side-effects of its negative interest rate policy.

Industry leader MUFG Bank was charged negative rates last month on deposits parked with the Bank of Japan - the first time since the policy was adopted in 2016.

It was an unintended consequence of a steady rise in deposits, as households and firms saved some of the payouts they received from the government to weather the pandemic's hit.

Deposits could rise further as the government plans to spend another 2 trillion yen in cash payouts to households with children.

MUFG's case underscores how years of efforts by mega-banks to avert paying the interest, such as by shifting money out of BOJ reserves into investment and loans, may be reaching a limit.

"The amount of deposits exceeded a certain threshold. There are also limits to managing funds in the money market in ways that make economic sense," MUFG told Reuters in a written reply, when asked why it decided to keep as much funds in BOJ reserves at the risk of being charged 0.1% interest.

As part of efforts to keep borrowing costs low and prod lenders to loan out money rather than sit on the piles of cash, the BOJ imposes 0.1% interest on a portion of excess reserves financial institutions park with the central bank.

The BOJ has taken steps to limit the size of reserves forwhich the charge applies to mitigate the damage ultra-low rates inflict on bank profits.

Indeed, the charge applied only to about 300 billion yen of MUFG's reserves in a one-month period through Jan. 15, a drop in the ocean considering mega-banks' combined deposits at the BOJ worth some 186 trillion yen.

The BOJ also compensates major banks with a 0.1% interest reward for a separate layer of reserves. The total sum the banks receive annually is estimated at around 950 billion yen.

"I don't see it as any sign the potential demerit of our negative rate policy is materialising," BOJ Deputy Governor Masazumi Wakatabe said last week, countering the view MUFG's case highlighted the drawbacks of massive stimulus.

But the episode comes at a delicate time for the BOJ, which is struggling to tame market speculation of a near-term policy tweak as other central banks eye an exit from ultra-low rates.

"Financial institutions are still angry about the BOJ's negative rate policy," said a source with direct knowledge of the BOJ's exchange with private lenders. "Furthermore, they want a steeper yield curve that would widen their margin."