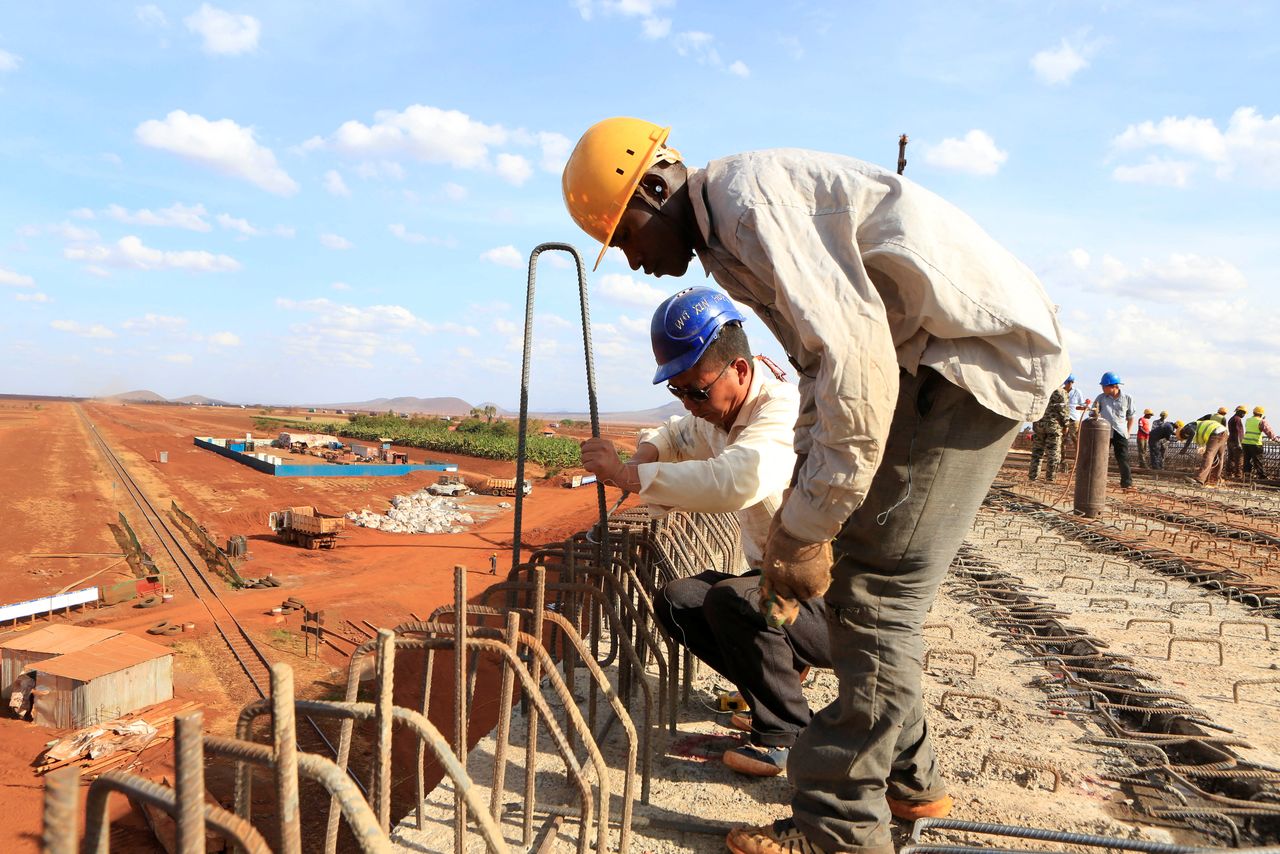 WASHINGTON (Reuters) - China's development banks provided $23 billion in financing for infrastructure projects in sub-Saharan Africa from 2007 to 2020, more than double the amount lent by such banks in the United States, Germany, Japan and France combined, a new study showed.

The Center for Global Development think tank said a review of 535 public-private infrastructure deals funded in the region in those years showed that China's investments dwarfed those of other governments and multilateral development banks.

Nancy Lee, lead author of the paper and a senior policy fellow at the center, said overall public funding for projects in sub-Saharan Africa remained stuck at around $9 billion, well short of what the region needs for roads, dams and bridges.

Between 2007 and 2020, China Exim Bank and China Development Bank provided $23 billion in financing, while all other major development finance institutions combined provided $9.1 billion, the report found.

It noted that the main U.S. development finance agency, now known as the U.S. International Development Finance Corp, lent just $1.9 billion for infrastructure in the region during that period, less than a tenth of what China provided.

Multilateral development banks like the World Bank provided just $1.4 billion per year on average for public-private infrastructure projects in sub-Saharan Africa from 2016-2020, the report found.

China's lending to Africa has come under heightened scrutiny in recent years for lack of transparency and its use of collateralized loans, with economists at the International Monetary Fund and World Bank warning that many low-income countries are facing or already in debt distress.

But Western countries have been slow to pump up investments despite "much rhetoric," Lee said.

The administration of U.S. President Joe Biden in July unveiled a new push to expand business ties between U.S. companies and Africa, with a focus on clean energy, health, agribusiness and transportation infrastructure. But its ongoing review of trade policies has left the private sector skittish about committing funds.

A top U.S. trade official last week said Washington had been engaging in robust talks with Kenya as part of its drive to expand trade investment on the African continent, and would have more to say in coming weeks.