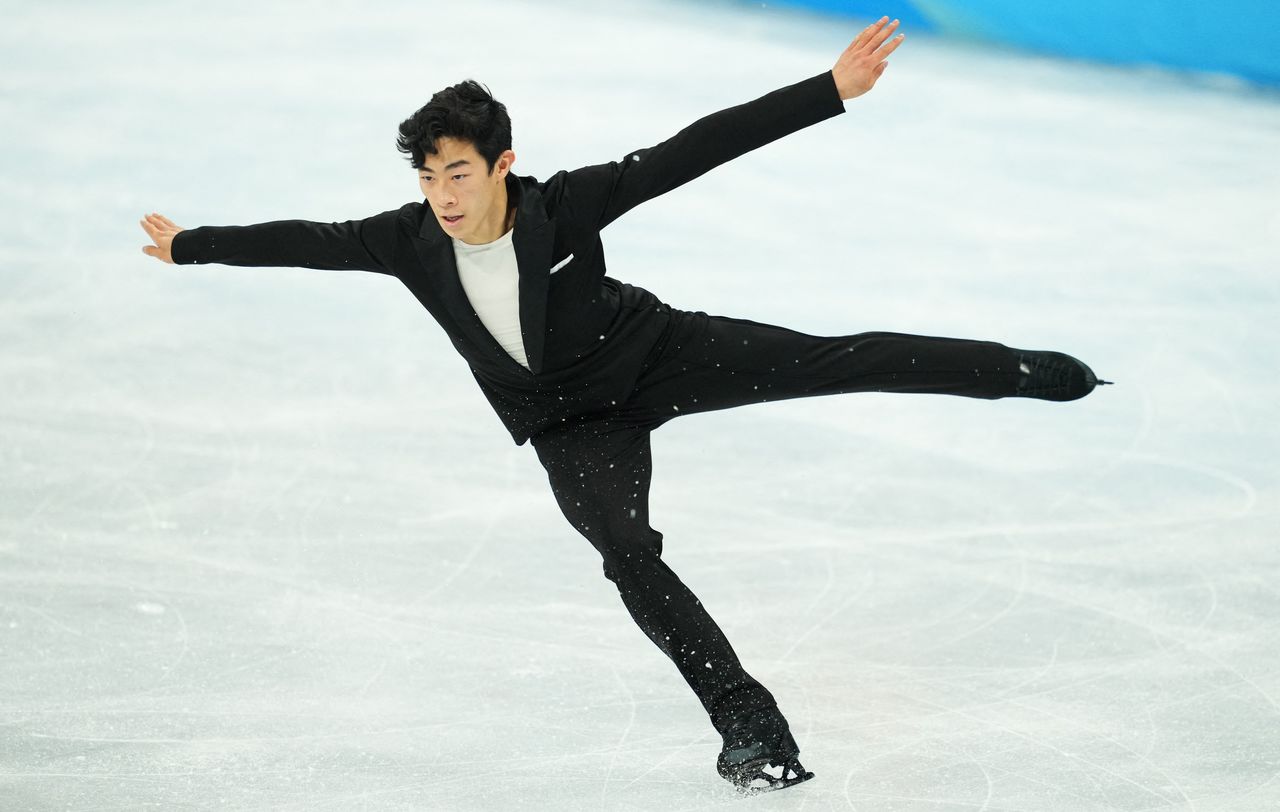 (Reuters) - Over four years ago, Nathan Chen's desire to tap into his Chinese roots and pursue perfection in figure skating brought him to Li Cunxin, whose 2003 memoir 'Mao's Last Dancer' became a best-selling tale of triumph over adversity.

In his free programmes during the 2017/18 season, Chen was skating to music from the 2009 movie adaptation of Li's book but wanted to know more about the protagonist and his journey from rural poverty in Mao-era China to global acclaim in ballet.

Though glad to share his story and offer tips to a former ballet student, Li's advice came with a warning:

"You have devastating defeat and you learn from that," he told the young American.

"And it is going to make your success that much more rewarding."

A few months later, an 18-year-old Chen crashed out of medal contention at the Pyeongchang Games, having been hyped up as the main threat to eventual champion Yuzuru Hanyu for the gold.

Four years on, the second part of Li's prediction may be set to come true when quad-jumping machine Chen competes in the free skate of the men's singles in the gold medal position on Thursday.

Having anchored the United States' silver medal with a brilliant skate in the team event, the 22-year-old smashed Hanyu's short programme world record on Wednesday while the Japanese superstar faltered.

Chen's 2018 Olympics has often been seen as the failure of a nervous teenager who froze on figure skating's biggest stage.

His error-strewn short programme, skated to "Nemesis" by British singer and poet Benjamin Clementine, left him 17th in the standings.

But that was only half the story of Chen's Games.

Often forgotten is his brilliant rebound in the free programme, where he produced an Olympic record score of 215.08 skating to the music of 'Mao's Last Dancer' and broke new ground with five completed quads from six attempts.

"Obviously he was disappointed with such high hopes going into those Olympics and he didn’t quite get the top prize," Li, now the artistic director of Queensland Ballet in Australia, told Reuters.

"But life is a journey. Nobody could take away his excellence or his ability to deliver."

Li, who defected to the United States in the 1980s and gave up his Chinese citizenship, says Chen has the perfect stage in Beijing, his mother's old hometown, where he has plenty of relatives.

He sees a more mature artist embracing the emotion of his performance without becoming overwhelmed by it or the significance of the occasion.

"I watch from an artistic angle rather than from a technical one, but I have to say I get quite emotional watching him," said the 61-year-old.

"I think he’s much calmer. His fluidity and ability to achieve very highly technical elements, and do it with such ease and elegance, is such a pleasure to watch."

Instead of the music from 'Mao's Last Dancer', Chen will skate on Thursday to 'Rocket Man' by Elton John, an apt choice for a figure skater seeking the perfect launch and touchdown.

"This time he has gone with a different theme and a different source of music, which is fantastic," said Li.

"The one thing I would say to him is he should have the mindset that this is another practice run, not a gold medal competition.

"He just needs to be as relaxed as he can be, he will do his best. It’s the same advice I would give to dancers."