Japan to divert LNG to Europe amid Russia-Ukraine tension 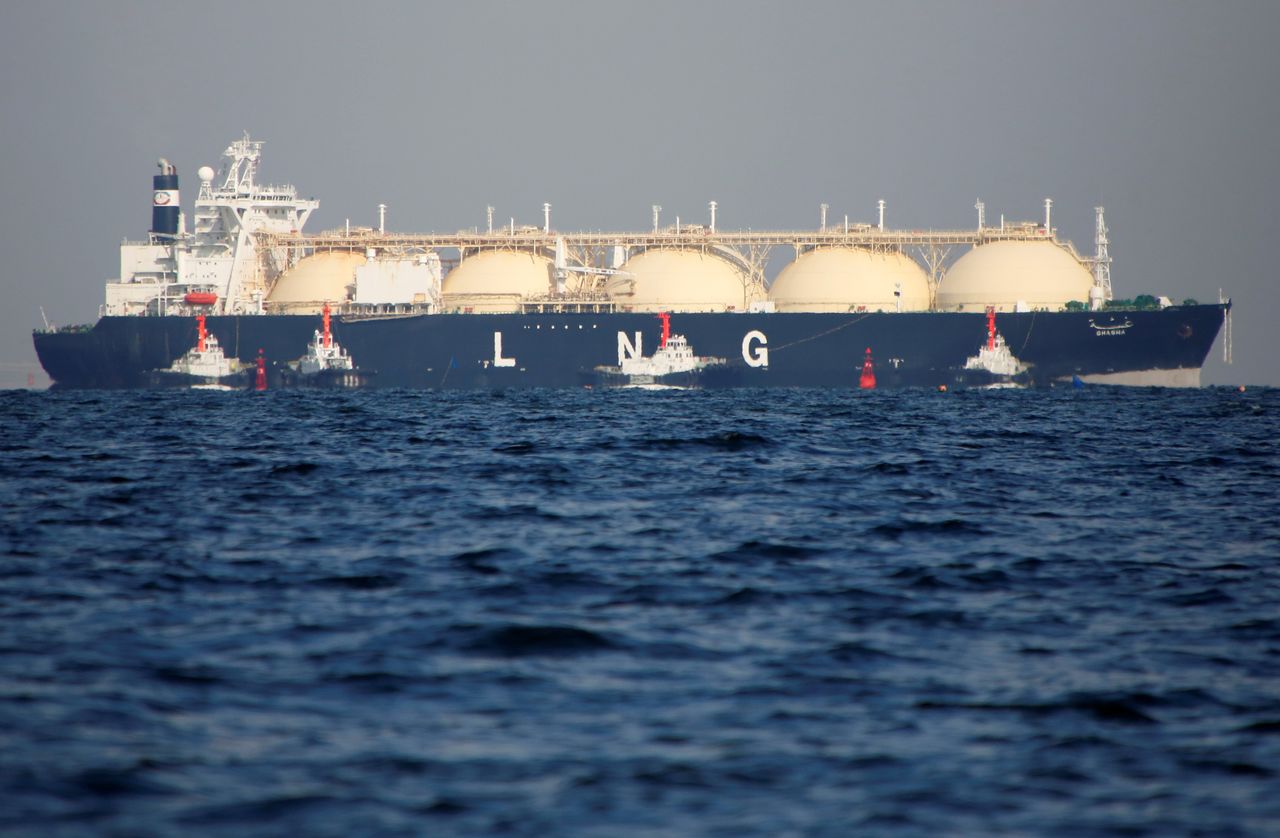 By Yuka Obayashi and Marwa Rashad

TOKYO/LONDON (Reuters) -Japan will divert some liquefied natural gas (LNG) cargoes to Europe after requests from the United States and the European Union, the industry minister said on Wednesday, a step that aligns the country with the West as tensions flare with Russia.

Concern has mounted over the possible disruption of supplies from Russia, Europe's biggest gas provider, following the buildup of Russian troops near Ukraine and heightened tensions between Moscow and the West.

"We have decided to respond to requests from the United States and EU for sending LNG to Europe, where gas supply is tight," Hagiuda said after separately meeting with the U.S. and EU ambassadors to Japan earlier in the day.

He said surplus supplies would be diverted once it was clear Japan's local demand could be met and electricity generation would remain stable.

Some already-scheduled LNG cargoes sent by Japanese companies will arrive in Europe in February, with more cargoes, including those to be diverted to Europe at the Japanese government's request, arriving there in March, an industry ministry official said.

The official declined to disclose the number of cargoes heading to Europe, but said the amount to be delivered in March will be higher than in February.

According to data intelligence firm ICIS' LNG Edge, three LNG vessels that belong to Japan’s top power generator JERA will arrive in the northern French port of Dunkirk: Golar Bear and Nohshu Maru are expected on Feb. 11 and 12 respectively, while Enshu Maru is due later on Wednesday, Robert Songer, LNG analyst at ICIS, said.

The vessels came from ports in the United States, rather than directly from Japan, which has minimal reload capabilities, said Olumide Ajayi, senior LNG analyst at Refinitiv.

JERA has a joint venture with France's EDF that trades LNG and has flexibility on where it delivers cargoes.

"This reflects an established trend as a result of the joint venture between Japanese JERA and France’s EDF, which was signed in order to help optimise the two companies’ fleets," Songer said.

"Given the JV, you might argue these European deliveries are somewhat baked in. Far more notable would be if LNG contracted to Japan from, say, Ichthys in Australia, were to come to Europe."

The government has asked Japanese companies with flexible LNG supplies that are not under long-term contract with a specific destination to divert as much as they can to Europe. Destination clauses mandate where a cargo can be delivered and limit buyers from reselling excess gas.

NOT MUCH TO SPARE

The rare move by Japan also underlines its intention to show the country is aligned with the West.

"In the context of the international developments over Ukraine, we need to work with the G7 countries, especially with comrade countries who share our values," Hagiuda said.

The United States and EU were among the countries that quickly helped Japan with LNG supply after the deadly 2011 earthquake and tsunami caused meltdowns at the Fukushima nuclear plant, forcing the nation to ramp up imports of LNG as a substitute for nuclear power, he said.

Still, Japan's contribution is likely to be limited, given strong domestic demand.

Japan's biggest oil and gas explorer Inpex Corp will try to respond to the government request but it will not be easy as most of its LNG production is linked with long-term contracts, its CEO Takayuki Ueda said.

"We are also receiving requests for extra supply from Japanese customers due to strong demand for the winter, which means our surplus supply is limited," Ueda said.

Kazunori Kasai, CEO of the trading arm of JERA, one of the world's biggest LNG importers, also said last week that Japanese utilities would have little spare supply.