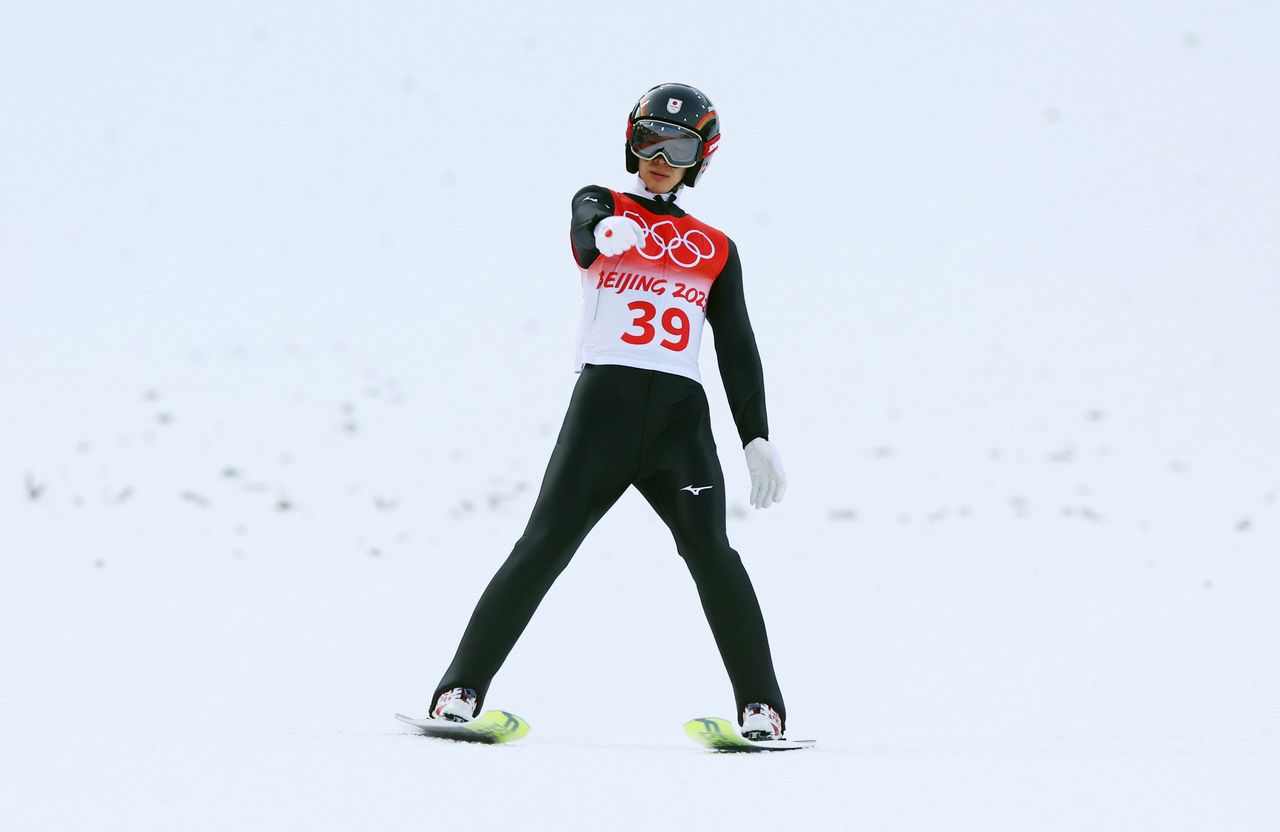 ZHANGJIAKOU, China (Reuters) - Ryota Yamamoto of Japan landed a monster leap of 108 metres to soar into the lead in Wednesday's Nordic Combined normal hill/10 km competition at the Beijing Olympics on Wednesday as some of the favourites came up short in the ski jumping.

With the points for Nordic Combined calculated using the complex Gundersen system, Yamamoto's 133 points from the competition round translate into a lead of 38 seconds that he will take into the evening's 10 km of cross-country skiing.

Jumping last of the 46 athletes, World Cup leader Johannes Lamparter gave himself a tough task with an underwhelming jump that will see him start from fifth place, one minute and four seconds behind the 11th-ranked Yamamoto.

Next out after the 26-year-old Japanese athlete will be Austria's Lukas Greiderer, who starts 38 seconds later, followed closely by the German pairing of Julian Schmid and Johannes Rydzek.

Germany's Vinzenz Geiger, currently third in the World Cup, also struggled, ending up in 11th spot, and he will set off 1:26 after the leader.

World number two Jarl Magnus Riiber missed out on the event after testing positive for COVID-19.