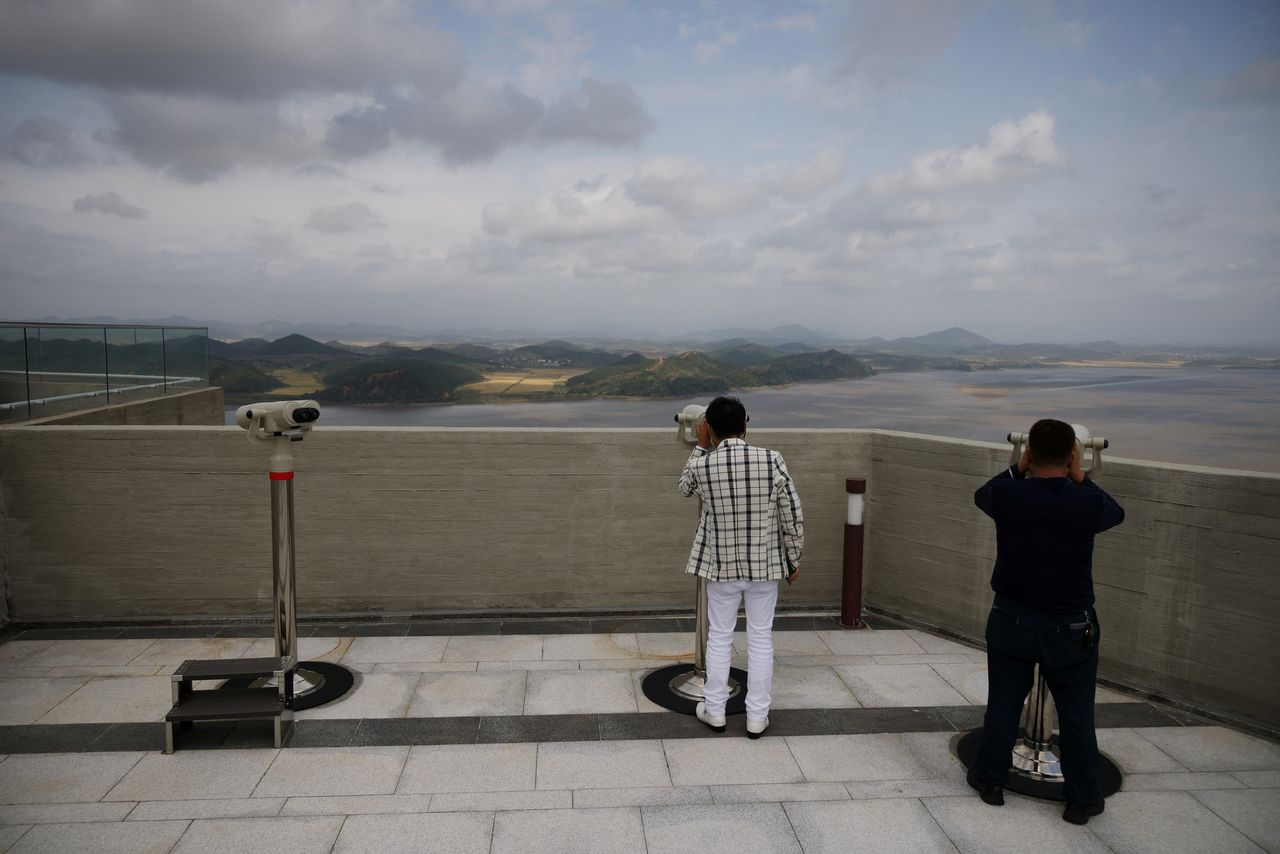 SEOUL (Reuters) - A resumption of North Korea's nuclear weapon or long-range missile tests would "instantly" send the peninsula back into crisis, outgoing South Korean President Moon Jae-in said this week, calling for measures to prevent that from happening.

A record month of North Korean missile testing https://www.reuters.com/world/asia-pacific/nkorea-says-tested-hwasong-12-missile-sunday-2022-01-30 in January highlighted failures of Moon's efforts to engineer a breakthrough as his term ends in May, and North Korean leader Kim Jong Un has suggested https://www.reuters.com/world/asia-pacific/nkorea-warns-it-may-rethink-moratorium-nuclear-missile-tests-2022-01-19 he could order new nuclear tests or intercontinental ballistic missile (ICBM) launches for the first time since 2017.

"If North Korea's series of missile launches goes as far as scrapping a moratorium on long-range missile tests, the Korean Peninsula may instantly fall back into the state of crisis we faced five years ago," Moon said in a written interview with media in Seoul scheduled for publication on Thursday.

"Preventing such a crisis through persistent dialogue and diplomacy will be the task that political leaders in the countries concerned must fulfil together," he added.

Moon had expressed concern that the series of missile tests was so close to the March 9 presidential election in South Korea, where the candidate from Moon's Democratic Party is in a tight race with a conservative opponent.

Moon admitted he appears to have run out of time, saying it is unlikely a last-minute summit with Kim or the adoption of his proposal for a declaration ending the 1950-1953 Korean War would happen before he leaves office.

Still, he said the United States and South Korea have agreed on the text of the declaration, and that a summit between Kim and U.S. President Joe Biden "is just a matter of time" if all sides wish to avoid a crisis.

"Since dialogue is the only way to resolve problems, a meeting between President Biden and Chairman Kim is expected to take place eventually," he said.

Moon has pushed for a formal end https://www.reuters.com/world/asia-pacific/south-korean-leader-repeats-call-declaration-end-korean-war-2021-09-21 to the Korean War to replace the armistice that stopped the fighting but left it and the U.S.-led U.N. Command still technically at war.

"I would at least like to make conditions ripe for an end-of-war declaration and pass that on to the next administration," he said.

Moon said his most rewarding achievement was helping "shift the direction toward dialogue and diplomacy rather than military confrontation."

The biggest regret of his term, however, is the failure of the U.S.-North Korea summit in Hanoi, he said, where Kim and then-U.S. President Donald Trump walked away with no agreements on reducing North Korea's nuclear weapons or missiles in return for easing international sanctions.

"It is very regrettable that the summit ended in 'no deal' when the continuation of dialogue should have been ensured at least," he said, arguing that a smaller, phased deal should still have been pursued when it became clear that a "big deal" was out of reach.

"Still now, if they learn from that experience and put their heads together to discuss mutually acceptable, realistic measures... I believe there will be ample opportunities to find a solution," he added.

In a phone call with his U.S. and Japanese counterparts on Thursday, South Korean Defense Minister Suh Wook said the recent launches posed a "direct and serious threat", and vowed to bolster response capabilities based on the U.S. alliance.

Biden's administration has said it is willing to meet the North Koreans any time without preconditions, but Pyongyang says it will not resume negotiations unless Washington and Seoul drop "hostile policies" such as military drills, sanctions, and arms buildups.

Despite the stalled talks and increase in tensions, Moon says "necessary communication" with Kim has continued, and he doesn’t think Biden has returned to the "strategic patience" policies of the Obama administration because he continues to make practical efforts to resume dialogue.

"We cannot afford to give up this task," he said.