Japan to consider more efforts to rein in fuel prices 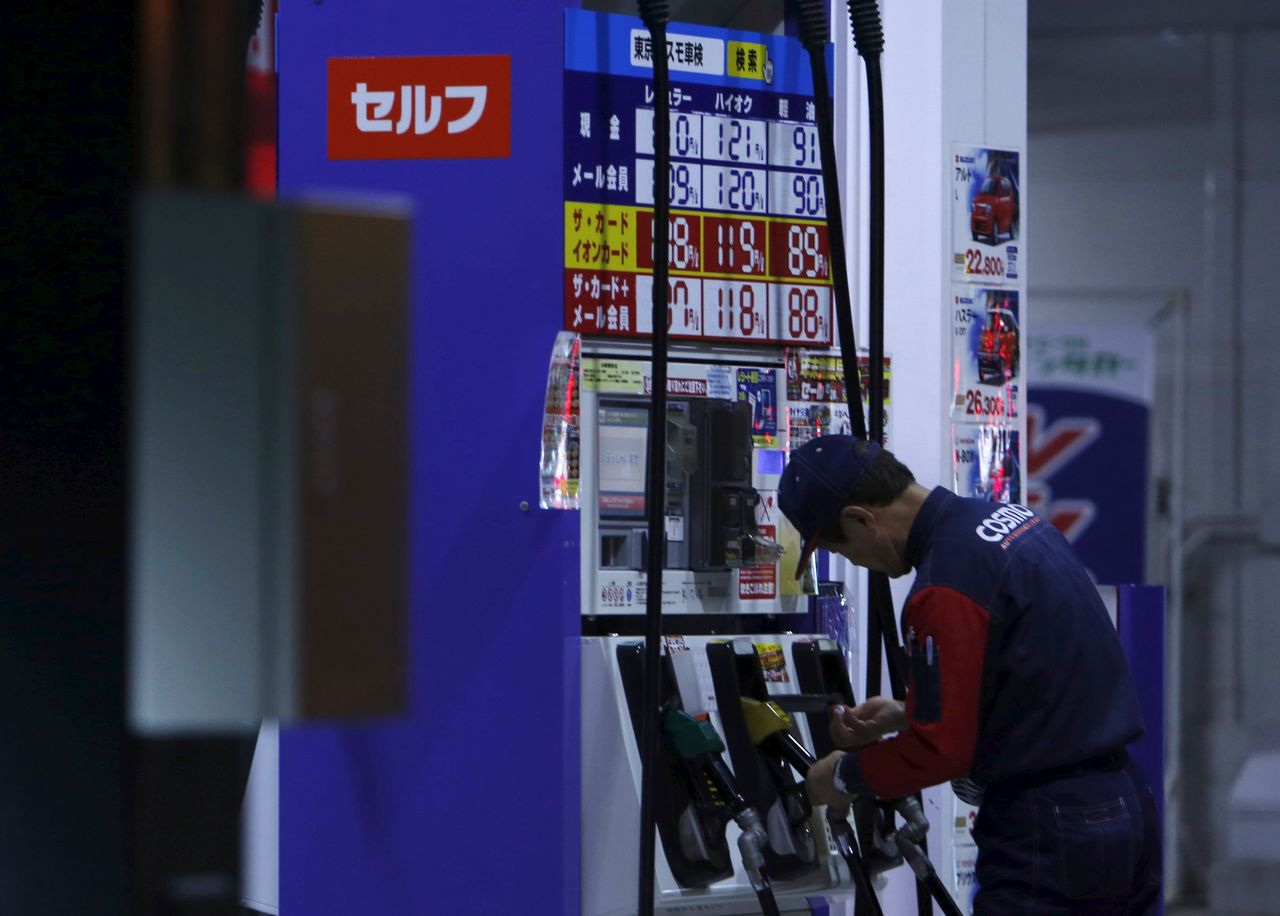 TOKYO (Reuters) - Japan is weighing further measures to help blunt a sharp rise in fuel prices and minimise the impact on people's lives and economic activities, the industry minister said on Thursday, as oil prices stay high amid tight supply.

Japan, which is also asking some producer nations to step up output, launched a temporary subsidy programme last month and has since raised the amount twice to hit a cap of 50 yen ($0.4) per litre.

"We will consider what the most effective measures are from the perspective of minimising the impact on people's lives and economic activities," Koichi Hagiuda told a news conference, but stopped short of saying what the measures were.

The ministry was not considering raising the ceiling of the subsidy or freeing up a trigger clause on gasoline tax "at the moment," he added.

The 2010 trigger clause aimed to trim taxes on gasoline and diesel when gasoline prices keep above 160 yen a litre for three months in a row, but was frozen to free up earthquake rebuilding funds for the northeast after a devastating 2011 event and accompanying tsunami that caused nuclear meltdowns in Fukushima.

Hagiuda added that Japan would also keep asking oil producer nations, such as the United Arab Emirates and the United States, to raise output to help steady oil prices.

Asked if it was also asking Iran to boost output, he said, "No."

Global investors are closely watching the outcome of U.S.-Iran nuclear talks which resumed this week. A deal could lift U.S. sanctions on Iranian oil and ease the tightness in global supply. [O/R]